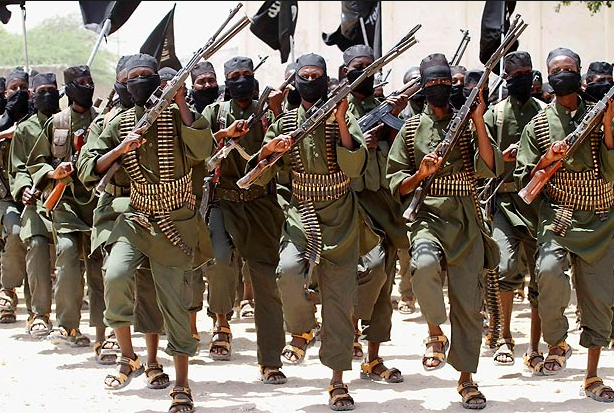 The U.S. government keeps sending an Islamic nation that serves as an Al Qaeda breeding ground hundreds of millions of dollars in humanitarian aid. The cash—$768 million since October 2016—flows through the famously corrupt U.S. Agency of International Development (USAID), which has a monstrous budget and little oversight. The money is reportedly helping to counter a humanitarian crisis in Yemen, the headquarters of Al Qaeda in the Arabian Peninsula (AQAP). In its Country Reports on Terrorism, the State Department reveals that AQAP militants carried out hundreds of attacks including suicide bombers, vehicle-borne improvised explosive devices (VBIEDs), ambushes, kidnappings and targeted assassinations. The media has also documented this for years with one in-depth report confirming that “Yemen has emerged as the breeding grounds for some of the most high-profile plans to attack the U.S. homeland.”

Additionally, dozens of terrorists freed from the U.S. military prison in Guantanamo Bay, Cuba have joined Al Qaeda in Yemen. Among them is an Al Qaeda chief who masterminded a U.S. Embassy bombing after getting released, according to a mainstream newspaper. His name is Said Ali al-Shihri and after leaving Gitmo he became an Al Qaeda deputy chief in Yemen and he organized a deadly bombing of the United States Embassy in Yemen’s capital. The former captive was also involved in car bombings outside the American Embassy that killed 16 people. Remember that the convicted terrorist who planned to blow up an American passenger jet over Detroit on Christmas in 2009 trained in Yemen and the plot was organized by Al Qaeda leaders in the Middle Eastern Arab country. A recent study published by the RAND Corporation concludes that the most significant threat to the United States comes from terrorist groups operating in Yemen, Syria, Afghanistan and Pakistan.

So why does the U.S. government continue giving Yemen huge chunks of taxpayer dollars? Because it is “gravely concerned about a worsening humanitarian situation” in the Islamic nation, according to a statement issued this month by USAID. The document was released to announce a recent $130 million in “emergency food assistance to Yemen.” The U.S. government has determined that “protracted conflict” has created the “world’s largest food security emergency” in Yemen as well as the “world’s worst cholera outbreak.” More than 17 million people are at risk of severe hunger or starvation, according to the agency. The U.S. is also using military force to crack down on Yemen’s Al Qaeda problem. Earlier this month U.S. airstrikes killed five Al Qaeda militants, including one of the group’s key leaders, Mujahid al-Adani.

USAID is well known for gushing out cash with no follow up or oversight to assure the money is spent appropriately and the Yemen allocations are probably no exception. A perfect example is that millions of dollars in malaria drugs provided to Africa are stolen each year and sold on the black market. The problem has gotten so out of control that USAID launched “malaria hotlines” to offer cash rewards for information about the illicit operations that have fleeced American taxpayers out of tens of millions of dollars. Through a variety of programs, the U.S. government has spent billions of dollars to combat malaria in Africa in the last few years. One USAID program alone has dedicated north of $72 million since 2011 to give 19 African countries free malaria drugs, $15 million in 2016 alone. The agency has long acknowledged that malaria drugs financed by American taxpayers are regularly stolen in Africa. “This is not the first report of theft or illegal diversion,” USAID admitted in a statement years ago.

USAID has committed other atrocities with public funds and Judicial Watch has launched investigations to uncover details. Earlier this year Judicial Watch obtained records showing that USAID spent millions of taxpayer dollars to destabilize the democratically elected, center-right government in Macedonia by colluding with leftwing billionaire philanthropist George Soros. The scheme was masterminded by Barack Obama’s U.S. Ambassador to Macedonia, Jess L. Baily, who worked behind the scenes with Soros’ Open Society Foundation to funnel large sums of American dollars for the cause, constituting an interference of the U.S. Ambassador in domestic political affairs in violation of the Vienna Convention on Diplomatic Relations. Judicial Watch’s ongoing probe has so far revealed that USAID earmarked at least $9.5 million to intervene in the Balkan nation’s governmental affairs, which deviates from its mission of providing humanitarian assistance.

The New Battle of the Sexes?

Emery McClendon: The Problem With the Swamp