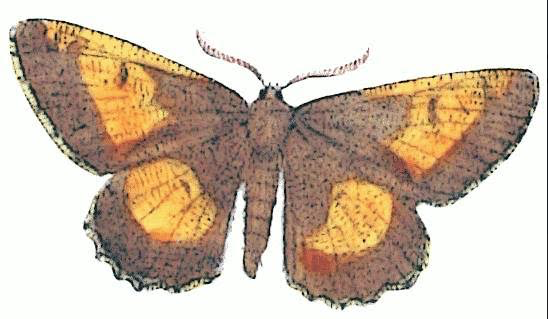 This time of year often brings back memories of Christmases past and we don’t often tell all our memories to the young ones as we don’t want to bore them. However, there are some memories that we hang on to that we know at some time or other we have to share. For me, it is about Horace The Christmas Moth and I feel compelled to tell his story.

As a student in college I served as editor of our school newspaper which came out every two weeks. Right before Christmas we had our Christmas issue and as the calendar would have it, a New Year’s issue would have to come out shortly after the long Christmas break. This meant extra work on my part and I didn’t get to go home when other students did. I would not miss Christmas, but it meant Christmas Eve I would be working in our little newspaper room located on the second floor of a two story house on campus. I knew I would be working late. Then I would wait for my parents to pick me us as my home was only thirty miles from the college.

There was a problem. Colleges like to save money and the room I was in had no heat and just one small electric light bulb. It was very cold and there was a light snow outside.   I bundled up in my warm woolen coat and sat down to type up the last couple stories. (No computers in the 1950s.) I would need to take the newspaper copy to the printer as soon as students returned to campus.

As I worked I noticed something fluttering by the light, it was a moth. Now I am not a fan of moths, my first impulse was to swat them. However, I kind of felt like this one was keeping me company and I called him Horace. To my tiring eyes he seemed to have a personality and some times he would actually circle down and land on the typewriter like he was inspecting my work. More likely serving as my muse.

Finally at midnight I finished and the room seemed terribly cold. I looked at Horace and knew that once I left the room I would have to turn the warm light out. With a pang of conscience I knew he would surely die and he was after all one of God’s creatures. I also knew I could not leave the light on. As I put the finished articles in my briefcase and headed for the door and the light switch he seemed ready to accept his fate and lighted on the typewriter, his wings shivering.

I couldn’t leave him like that. I took off my woolen coat and laid it on the desk saying, “Here, this will keep you warm until morning.” And so help me, something happened hard to believe. He settled on the coat and he was crying in gratitude. Yes, actually crying. He cried and cried.

ARE YOU READY FOR THIS?

Have you ever seen a moth bawl?

The New Battle of the Sexes?