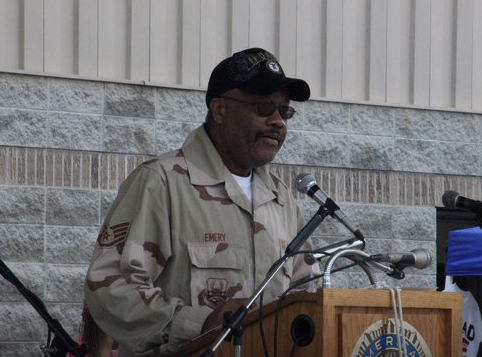 It seems that almost everything goes in the Black community except teaching values and pointing youth to good examples of role models to follow.

Why is that the only direction that leaders in these predominately Democrat run cities like to teach their children are the failed polices that they have tried over and over, but only end up in failure, and leads the community further into poverty.

As a result we mostly witness high crime rates, urban decay, and no sense of pride in the American Dream, the community, or any national icons for children to look up to or follow as role models. Instead, our children are bombarded with example after example of hate, disrespect, and the prompting of bad behavior. Values of success, pursuing peace and good citizenship are pushed aside, and they are constantly feed the negative narrative that “White Privilege” is holding you back. The truth of the matter is that in America, anyone can succeed with motivation, desire, and the education to do so. The American Dream is not copyrighted.

I have constantly challenged Black Progressives to show me how being a Democrat has been an advantage to the black community. To date no one has stepped up to the plate and laid out the blueprint to success under the Democratic dependency agenda.

I have also asked them why do so many Blacks blindly swear allegiance to the principles of the Democratic Party. Those principles and the leaders of that party have constantly promised to help, but have failed to do so for generations. The opposite effect has happened in the Black community every time.

We have witnessed more single parent homes, a rise in those on government programs, and a general increase in the “we are the victim” mentality.

Another question that needs to be addressed is why do so many Blacks blindly follow people such as Al Sharpton, Jessie Jackson, Maxine Waters, John Conyers, Al Green, Louis Farrakhan and others; when it is so obvious that their agenda has lead to more abject failure, and despair than the hope that they have promised to bring to the community.

Why do they trust groups such as the NAACP, or the Congressional Black Caucus? These groups don’t do anything except enrich themselves, and control the community by designating themselves as leaders. In almost every instance they are on the wrong side of the issues, or misinforming the community for their own personal gain. They have made the same promises since the days of the early Civil Rights Movement, but have failed to deliver them.

They continue to blindly follow and vote for people like the Clintons, Charlie Rangel, Shelia Jackson Lee, and Barack Obama. They worship the ground that they walk on, but fail to see that they do not have the their interests at heart. They only want the votes.

They love leaders such as Susan Rice, Josylen Elders, Eric Holder, and others who do nothing but spew hate, lies, and division. Groups and organizations such as Black Lives Matter, Hollywood actors, Professional athletes, pop stars, and the Liberal media constantly feed them with false narratives and misinformation but they fail to check the facts, and blindly join these causes even to the extent of burning down their own communities.

One of the biggest problems that we face in the Black community is a lack of self-esteem, strong leadership in our homes, and proper Theology in the Black Church. Everything goes, and most of the Black Pastors are looked upon as little gods, or as pimps. They enjoy the free ride, and take full advantage of the ignorance of those who attend their services. They preach prosperity, but they are the only ones that prosper.

It is past time for people to wake up. It is past time to take responsibility for our own actions, and learn how to achieve the American Dream in the correct context.

We are all Americans, and opportunities exist for each of us to prosper if we reach for them. We must suppress the “I am a victim” mentality, and seek to do our best to make America a better place for everyone.

We must appreciate the opportunities that living in America have to offer us, and all of our fellow citizens. We must learn how to love, and to look to Almighty God for our hope and strength. We must unite as one America and work for the good of our nation.

It is only as we start to move in that direction that we will be able to heal our land.

Will someone please step up to my challenge!

These steps are what Making America Great Again is all about. It begins in the hearts and minds of each American, regardless of the color of your skin.

We need more skin in the game, we must stop using skin color as an excuse to blame others for our failures!

Update on #PuertoRico with Julio Rivera