Share
Facebook Twitter Pinterest Reddit Share via Email Print
“Foremost,” the NASA administrator described his marching orders from Obama, “he wanted me to find a way to reach out to the Muslim world.” The great new mission of America’s space agency would be to make Muslims “feel good about their historic contribution to science.” 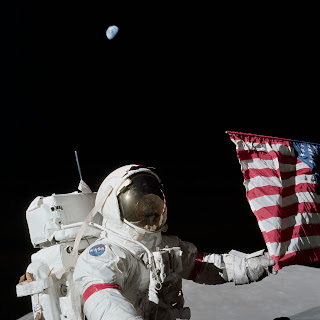 President Trump has another mission for NASA.Looking over at former Senator Schmitt, the last living man to walk on the moon in the Apollo 17 mission forty-five years ago, President Trump said, “Today, we pledge that he will not be the last.”

“This time, we will not only plant our flag and leave our footprint, we will establish a foundation for an eventual mission to Mars and, perhaps, someday to many worlds beyond.”

The message was clear. American greatness would no longer be held hostage to political correctness.

Obama had reimagined NASA as an “Earth Improvement Agency” that would push Global Warming and Muslim self-esteem. NASA’s iconic shuttles were turned into museum pieces. The replacement vehicles were sidelined. Bush era plans to go the Moon and Mars were thrown out. What was left of NASA’s space exploration was reduced to buying tickets on rickety Russian Soyuz rockets just to get into space.

And the Russians jacked up the price.

“By buying the services of space transportation, rather than the vehicles themselves, we can continue to ensure rigorous safety standards are met,” Obama had bafflingly claimed.

Neil Armstrong shot back, “It was asserted that by buying taxi service to Low Earth Orbit rather than owning the taxis, ‘we can continue to ensure rigorous safety standards are met’. The logic of that statement is mystifying.”

But the Armstrong era was over.

Administrator Charles Bolden, the most inept hack to oversee NASA, announced that the era of American space exploration had ended. “We’re not going to go anywhere beyond low earth orbit as a single entity. The United States can’t do it… no single nation is going to go to a place like Mars alone.”

“NASA will not take the lead on a human lunar mission. NASA is not going to the Moon,” he whined.

“We are probably never again going to see Americans on the Moon, on Mars, near an asteroid, or anywhere,” he insisted.

While CNN’s talking heads were jabbering about how many sodas he drinks, President Trump was signing Space Policy Directive 1 which declares that the United States will “lead the return of humans to the Moon”, a Mars expedition and “human expansion across the solar system”.

Muslim self-esteem may be one of the casualties along with the media’s vapid nonsense.

Having former Senator Schmitt at the signing was a powerful reminder of what we had aspired to. And what we had lost. Apollo 17 wasn’t just our last manned mission to the moon; it was the last time we left low-earth orbit. For forty-five years, we’ve had a space program in name only.

The last time we left our own planet, Nixon was in the White House.

Schmitt was a young man when he became the last person to step out from a spacecraft onto the moon. He’s 82 now. The rest of his crew is dead. The photo he took of the earth hangs on a thousand dorm room walls. But none of those students have had the opportunity to take another one like it. And if Obama had gotten his way, that’s how the legacy of our space program would have ended.

When Obama trashed what was left of our space program, the space shuttles were parceled off to connected museums and cities. And were stowed next to the Apollo and Gemini gear as relics. Children could peer at them through glass walls as the artifacts of another culture that actually did great things.

“Imagine the possibilities waiting in those big, beautiful stars if we dare to dream big.” President Trump urged. “And that’s what our country is doing again: We’re dreaming big.”

The media is pretending that Obama had some sort of space exploration plan that Trump scrapped.

He didn’t. Take it from the first man to walk on the moon. 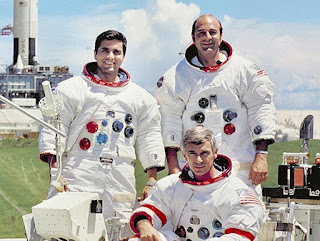 “With regard to President Obama’s 2010 plan, I have yet to find a person in NASA, the Defense Department, the Air Force, the National Academies, industry, or academia that had any knowledge of the plan prior to its announcement,” Neil Armstrong wrote. “I believe the President was poorly advised.”

The media has been touting Obama’s asteroid nonsense. The National Research Council found that the plan wasn’t even generally accepted within NASA. “The 2011 NASA strategic plan and associated documents do not, in our view, constitute a strategy,” study chairman Albert Carnesale had said.

There is a strategy now. It doesn’t involve Muslim self-esteem or making Al Gore even richer. Nor is it about disposable missions that don’t do anything except keep agencies and contractors in business. Instead it reboots the Republican plan of building a sustainable pathway to the stars by returning to the moon. If Obama hadn’t trashed it for Muslim self-esteem, 2015 would have seen our first lunar mission.

The destruction of our space program was one of the wounds that Obama and his cronies inflicted on the nation. President Trump’s space directive intends to heal another of them by rebuilding American greatness. But what has crippled our ability to move forward is that plans for space exploration have to be carried out over longer terms than that of any single occupant of the White House.

While space exploration is most associated with President Kennedy, the radicalization of his political party has made the heroic idea of Americans setting foot on another world much less popular with his Democrat successors. The manned journeys of the Space Exploration Initiative of the first Bush administration were replaced by Bill Clinton with probes. Clinton’s new “faster, better, cheaper” NASA proved to be none of the above. History repeated itself with Obama torpedoing Bush’s plans.

Clinton and Obama just didn’t see manned space exploration as something worth funding. Obama was far more interested in Muslim self-esteem than in a human presence across the solar system. If another Democrat succeeds Trump, the odds are good that he or she will do the same thing.

But unlike some of his predecessors, Trump isn’t waiting for years before tackling space policy. And Pence’s presence ensures that there will be a vocal advocate for the space program in the White House. The earlier you start a program, the more time it has to develop momentum and win support from interests in Congress. And that makes it harder to kill. That’s why, despite his best efforts, Obama wasn’t able to fully kill Constellation. The earlier Trump starts implementing his vision, the more momentum it will have and the harder it will be for the Obamas and Clintons of tomorrow to stop our space program.

The Democrats are expected to fight Trump’s nomination of Rep. Bridenstine to head NASA for partisan reasons. At Bridenstine’s hearing, Senate Democrats showed no interest in discussing space policy. Instead they wanted to pound their pulpits about global warming, Muslim self-esteem and gay marriage.

“So if you’re NASA administrator, and someone asks you questions about sexual morality, you’re going to stay consistent with your past statements on how you view same-sex couples raising children?” Senator Cory Booker bizarrely asked.

Senator Patty Murray announced that she would vote against the former Navy pilot because of his appearances at the David Horowitz Freedom Center and other “anti-Muslim groups”. For Murray, Muslim self-esteem is apparently still central to NASA’s mission.

Booker and Murray demonstrate the Dem unseriousness and disinterest in space exploration. Why bother going to the stars when you can wallow in the sewer of intersectional identity politics instead.

Democrats have claimed that anyone who doesn’t believe that the Flying Global Warming Monster is sending storms to punish us for not sending enough money to Al Gore’s carbon credit schemes can’t work at NASA.

But Schmitt, the last living man to walk on the moon, has made it clear that he doesn’t believe it. 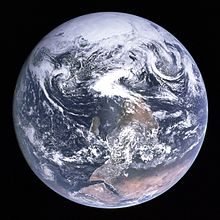 President Trump is rebuilding NASA as an agency of human space exploration while discarding the post-modernist angst about human industrial progress that powers pseudoscientific myths about ‘Global Warming’. A new age of American confidence is discarding these insecurities about our purpose and place in the universe. It’s replacing them with purpose, vision and meaning.

But there are still Americans in this country. And their vision goes beyond adding another letter to the LGBTQIA alphabet, another microaggression grievance and another angry protest against America.

“After braving the vast unknown and discovering the new world, our forefathers did not only merely sail home,” President Trump said. “They stayed, they explored, they built, they guided, and through that pioneering spirit, they imagined all of the possibilities that few dared to dream. Today, the same spirit beckons us to begin new journeys of exploration and discovery, to lift our eyes all the way up to the heavens.”

The Scourge of Hyphenated America