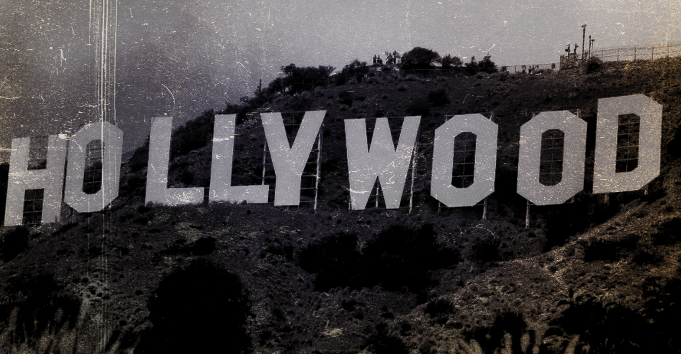 “Everybody f____g knew,” a top Hollywood screenwriter wrote of Harvey Weinstein. “Everybody knew” about Matt Lauer at NBC, Variety reports, and it “wasn’t even considered a secret.” “Every female in the press corps knew that, right, don’t get in elevator with him,” ABC’s Cokie Roberts said of Rep. Conyers.

The #MeToo sexual harassment scandals have hit CNN, MSNBC, CBS, NBC, ABC, NPR, PBS, Vox, New Republic, Mother Jones. Forget Matt Lauer and Charlie Rose. They were just the talent. Their big decisions were limited to which hairpiece looked best in all three mirrors and which naïve intern to prey on this month. The heads of the men who actually make the news are rolling left and right.

NPR lost its Chief News Editor and its Senior VP of News. Vox lost its Editorial Director. The New York Times lost its White House Correspondent and Mother Jones lost its D.C. Bureau Chief. MSNBC lost two prominent contributors who had done much to shape the political landscape, Mark Halperin, who had written the definitive media account of the ’08 election, and David Corn, who had debuted the 47% attack on Romney and got the first look at Hillary’s Trump dossier.

The massive media machine built to smear and steamroll Republicans never bothered to report what everybody on the inside already knew. The wannabe Woodwards and Bernsteins in every paper, news bureau and explainer site weren’t investigating the scandals they already knew about. Those weren’t the scandals they were looking for.

That’s why no one trusts them.

Hollywood, the media and the Democrats have been preaching to us about sexism and feminism for generations. Meanwhile behind the cameras and the chambers, an assault spree was in progress.

The Democrats didn’t suddenly realize that Bill Clinton was a rapist. They knew it all along. And they denied it for political convenience. The same way that Nancy Pelosi praised Conyers as an “icon” and dismissed his female accusers or that Rep. Clyburn claimed that he was being attacked by white women. When Senator Gillibrand, who had been opportunistically playing the sexual harassment card for a presidential bid, was asked whether Franken should resign, her response was, “It’s his decision.”

And, as Cokie’s comments show, the media knew all about Conyers. And, likely, Franken. Before Franken was groping women as a politician, he was doing it while bleating leftist twaddle at Air America. Between Saturday Night Live and winning the vote of the Undead-Americans of Minnesota, the Great Groper of the Democratic Farmer Labor Party was in the same business as the rest of the media.

The media liked to pretend that its reporting on politicians and celebrities keeps them honest. But it was all one club. And everybody in the club knew what everyone else was up to. And kept quiet about it.

And the immunity from scrutiny that came with that power.

The left has done its best to make this about men. But it’s not about men. It’s about power. Men and women may abuse power somewhat differently. But the same arrogance that led Hillary Clinton to boost her presidential campaign with an illegal war in Libya led her husband to sexually abuse women.

The reporters who covered for Obama’s use of the IRS against his political opponents also covered for each other’s sexual misdeeds. These are not separate issues. They’re the same issue.

And the issue is accountability in institutions that put political solidarity over ethics and integrity.

The left builds political networks in every institution. Some, like unions, are official. Others, like the media, are unofficial. But they all create walls of silence that protect fellow leftist abusers.

These abuses happened because the left insists on distinguishing between political abuses and personal abuses. It’s one thing to lie, cheat and abuse people for a progressive political cause. But that’s not supposed to translate into a similar immunity for abusing people on purely selfish grounds.

Except that’s not how human nature works.

Power corrupts. And that corruption won’t just stop at any neat intersectional line. The myth of the pure revolutionary should have been buried with Stalin, Pol Pot and Che. But the left can’t escape the corrupt conviction that abusing power for a good cause is profoundly different than just abusing power.

And so the same sordid dramas keep playing out again.

Socialist regimes turn feudal. The revolutionaries become tyrants. Murder for the cause becomes just murder. Redistribution of wealth flows to the redistributors. Civil rights activists turn racist. Male feminists rape. The liars don’t just lie for the cause. They lie for their friends and for themselves.

The Obama scandals had three phases. 1. It’s right-wing nonsense. 2. It’s complicated. 3. Everybody knew. Number 3 was the climax to the denials and explainers of the previous two phases. It meant that this was just how it was done. The only people who didn’t know were just ignorant of the corrupt game.

Everybody knew. Everybody who matters always knows.

Each scandal comes with histrionic handwringing. The media churns with phony thinkpieces wondering how we can prevent a culture of abuse. The answer is as easy as it is hateful to the left.

Bring back checks and balances by breaking up the leftist networks.

The American system is built around checks and balances. Groups and individuals prevent the corruption of power by constantly struggling with each other. That’s the opposite of the left which wants to create a perfectly united world by imposing one master theory on everyone. While conservatives accept the imperfections of human nature, leftists are convinced that there is a single solution to human nature.

The abuses being uncovered by #MeToo are a side effect of the left’s consolidation of power.

The First Amendment is another of the checks and balances on power. The press was meant to check the power of political institutions. But rival papers were also meant to challenge each other. Instead the media functions as a consolidated political trust. The same singleness of purpose that allowed everyone in the media to go after President Trump every single day also let #MeToo’s sexual harassment thrive.

It’s why everyone in the press corps knew about Conyers and kept quiet. They were on the same team.

This more power the left acquires, the worse it will get.

The sexual abuses of some politicians, celebrities and media people are only a symptom of the abuses of power that the left’s political tribalism and consolidation of power over entire institutions enables. Their belated exposure is only a side effect of a war between the old guard and the new guard on the left. It doesn’t mean that the abuses are going away. Only that a new generation is rising to power.

But the abuses are a warning that leftist power doesn’t lead to utopias, but to dystopias. We don’t have to visit Cuba to understand that. Spend some time in an industry or institution controlled by the left and you will learn the same lesson. The only way to change that is to end leftist monopolies on power.

A progressive monopoly on power doesn’t make the world better. Just ask the victims of #MeToo.