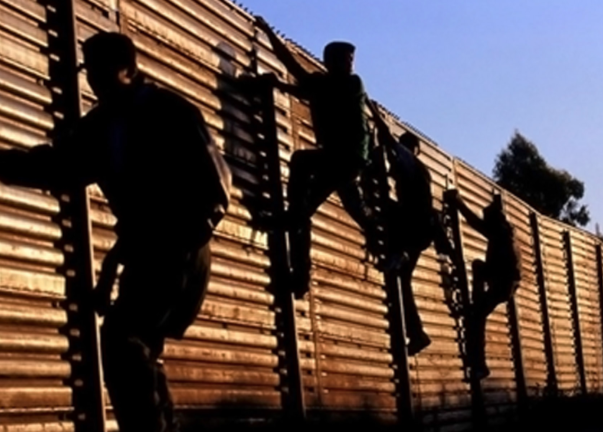 Assume someone broke into your home and your urgent call to the authorities was met with derision and disinterest. Imagine them telling you, that unless they were physically harming you, they had more pressing things to worry about since breaking into your home is only a misdemeanor. And besides, they are just poor people looking for a safe place to live. Furthermore, it’s the civilized, humanitarian thing for you to care for these people and tend to all their needs, and if you do not, you are a racist.

Then envision the scenario of being told you are also responsible for any and all of their family members wishing to live in your home.

Sound ludicrous? It happens every day in our country.

Our federal government has no greater constitutional responsibility, nor more important function than protecting our home borders. There is also no greater failure than the lack of performance of this duty. Hundreds of thousands of our troops guard borders around the world, while an epidemic of illegal immigration to our country goes unchecked.

Republicans historically have stood against closing our borders to keep the cash pipeline open from businesses to coffers in exchange for cheap labor. Democrats, likewise, refuse all efforts to build a wall or support anything that stems the tide of illegal aliens in the party’s decades-long, successful effort to change the culture, political makeup, and ethnicity of America.

Both parties cry about separating families. American citizens did not separate these families; those coming here illegally separated their families, and reunification awaits their return home.

A country without secure borders cannot protect its citizens, and ceases to exist as a sovereign nation. Where lawlessness is accepted or excused, the lawless reign.

Mexico demands we accept their low-skilled, uneducated workers, and we subserviently oblige. Money is then sent to their families in Mexico, and since they pay little or no taxes, taxpayers subsidize them, and the unscrupulous businesses for which they work.

Additionally, the visa program is systemically broken. Those entering legally from around the world with a visa can simply disappear into a bureaucratic fog.

Aside from the obvious issues of security; education, health care and social security systems are in deep financial difficulty due, in large part, to the vast invasion of our nation by foreign armies.

It’s not enough they allow unlawful incursions; politicians warmly embrace hoards of people from terrorist nations who have proven in Europe and nationally to cause upheaval and unnecessary and preventable deaths of thousands of innocent people.

Despite these unmitigated crises, Leftist politicians move to legalize tens of millions of illegals plus millions more that will claim familiar ties. Cries for “Comprehensive immigration legislation,” are codes for amnesty, legalization, and citizenship. Amnesty always brings more illegal immigration.

President Trump is the first Presidential candidate to address the massive sieges of our borders; and was elected in large part to his stance on building a fence to end the onslaughts; including importation from terrorist countries.

The federal government has given up on, and scores at the state and local levels are uncooperative in, enforcement of immigration laws.  Areas in the West and Southwest, and in metropolitan areas controlled by Democrats, are havens for lawless, drug-infested areas populated with illegal aliens.

Despite repeated cries to government about people breaking into our home, the silence says, ‘live with it.’ Furthermore, politicians demand that we assume responsibility for total support of the intruders by paying for their education, healthcare, and indulging them as if they belong in our homes. Our resistance is met with epithets of racist, xenophobe, or Islamophobe.

A steady stream of demagoguery spews from congress and the establishment bureaucrats. It’s time Americans demand that congress back President Trump’s call for the wall, and except under rare circumstances; immigration must be limited, and tailored toward the needs of our nation.

Anti-American ‘Globalists’ and ‘No-borders’ lunatics are powerful, well organized, and well funded; as is the New Socialist Democrat Party. These George Soros-like leftists are united in their quest to weaken America to the point of collapse. America must stand for strength, independence, and constitutional law. Allowing decades of lawlessness by our government is traitorous, and cannot be tolerated.

The Left Really Wants To Take It All: Bernie Tax Plan VS GOP Bill