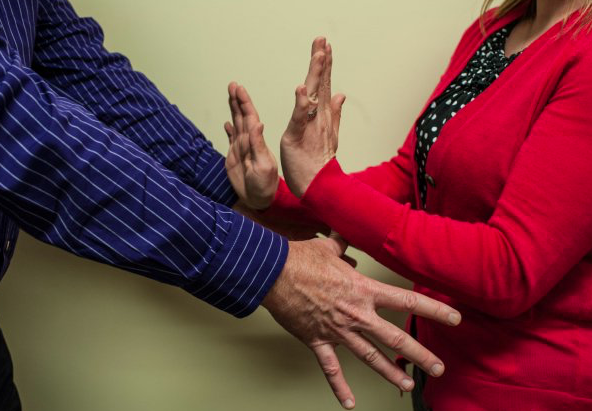 Sexual harassment can be found in every industry; to believe differently would be a fool’s mistake.

There is an unusually long, list of sexual harassment accusations against men and women in American society that is growing daily. Until recently, the topic was an unknown by most the public. Lately, Americans have been introduced to some new terms: ‘sexual harassment,’ ‘accusations,’ and ‘false accusations.’ Of course, we all know that we are ‘innocent until proven guilty.’

It is interesting to read about the different viewpoints on the topic from wannabe experts, talking heads, and the public. It makes me cringe to hear that so many people have allowed their ignorance to shine so brightly. The conversations of non-experts that are ill-equipped with facts or real-world experience are a disgrace to this Nation. In the long run, the issue of sexual harassment will only hurt this nation’s women, men, and children. Unfortunately, this will leave them more vulnerable to one day become a harasser’s prey.

The secret is out

Politicians, the media, Hollywood celebrities, and organizations are feeling the pain of accusations in the public eye greater than ever before felt in American history. Why?

Women feel they finally have power against the powerful.

The secret list is long. It is so long that the length of time required to read would leave one feeling disgusted. However, the list needs to be brought to light for a few industries that influence the political and social standards in America. This list would bring to light an understanding nationally. It would cast light and understanding that would result in Americans agreeing that accusations are a serious matter carrying severe consequences. It is critical to remember that the men on these lists are innocent until proven guilty. However, NO accusation against people of power by women, men, or children are to be ignored. Additionally, the severity of claims should never be downplayed.

There have been accusations of inappropriate sexual encounters in politics from 1776 to today:

(Accusations have also been leveled at Donald Trump prior to his becoming president.)

This dysfunctional behavior could now justify Congressional members having accounts to pay off accusers. The system created for filing a complaint is even more appalling; it all seems to have made the process of having sex in the hallways an event that has little to no consequence.

What needs to happen next?

It is time to destroy the secret sex accounts and create a reporting process for sexual accusations that restores and re-establishes ethical leadership within our political system.

Now is the best time for everyone to teach their children, especially daughters, to better understand the role of individuals in the political environment. They are highly paid employees that are required to perform their jobs and nothing else. Advise your children of the fine line between right and wrong and how morals relate to anyone with any form of authority. Remind your children that a job position never has and will never give anyone an authority over their body or any physical activity.

“I did not have sexual relations with that woman, Miss Lewinsky.” –President Bill Clinton

According to Dr. Groseclose (2012), the entertainment industry has a long-held reputation for being a liberal environment with very few conservatives. The entertainment industry is known for trying to influence generations about public and private issues nationwide. Many generations have fallen into a false understanding that Hollywood and mass media care. Unfortunately, with power players and media outlets, inappropriate issues run deep. Furthermore, there’s much money involved. The change of culture in Hollywood will be difficult, if not impossible. Let’s make a list of the characters that once influenced you and your children:

What are the other solutions?

The news and media seem to be experiencing more and more negative press as accusations come to light. Some news outlets have acted quickly, while others slowly concluded to remove personalities.

Hollywood has installed a hotline system for women, men, and children to call to report sexual harassment. They will also offer legal help to those who have been victims of sexual harassment. The only way people have a hope to change the sick culture of sexual harassment is for young women to speak out on the new ‘Hot Line’ and social media. However, I predict this will not produce results. I believe that in ten years the stories will be the same, if not more disgusting.

It is grotesque that influential women such as Glenn Close and Meryl Streep never helped other women, despite years of hearing rumors of sexual harassment. The risk of speaking out for women in Hollywood is immense. However, it may prevent other women and children from being abused. Therefore, established celebrities and powerful, wealthy women must step up and start reporting abuse. If they want to be leaders and want to influence our youth, they need to step forward. Show them how to be strong; they need to stand up and publicly call out abusive cowards that sexually harass children who do not have a voice. Defend those who cannot defend themselves.

In modern times, it is best for everyone to teach their children, particularly daughters, to pay no attention to famous figures in the entertainment industry. After all, they are only highly paid people doing their job.

It is only fair to Google and list some corporate men in America that are accused of sexual harassment. Hopefully, you will understand that the problem could be widespread.

“I am not your dog that you whistle for; I am not a stray animal you call over, and I am not, I have never been, nor will I ever be, your ‘baby’!” Joy Jennings

Understanding All the Politics of Sexual Harassment

With all the chatter from non-experts, talking heads and individuals with free airtime that are making-up expert opinions and giving their personal opinions, Americans are at a disadvantage when it comes to an understanding sexual harassment and accusations about sexual harassment.

Why should a list be made of ‘accused sexual harassers’? Awareness of issues is the best way to create a difference.

Why does having open-minded conversations about accused sexual harassment need to occur? Knowledge is power, and ignorance keeps fools in power.

Will false accusations be made? Absolutely.

I am confused as to why Americans are shocked and refuse to believe victims who choose to wait two months or even thirty years to speak up about sexual harassment. If you have not been through it, you can NOT speak to the amount of time lapsed that the individual waits before they decide it is time to speak! Let’s not forget the perfect example of hidden fears by victims who have been disgustingly abused by Catholic Priests.

The History of Sexual Harassment Claims in the Workplace

The real experts – Sexual Assault Is About Power

So, I leave readers with two final things based on my expert experiences to think about:

There are some topics in life for which you should search out ‘real world experts’ for knowledge.

My Millennial daughter is about to begin her life journey which will include a career in a variety of industries. I am her first line of defense with sexual harassment because all others will try to destroy her.