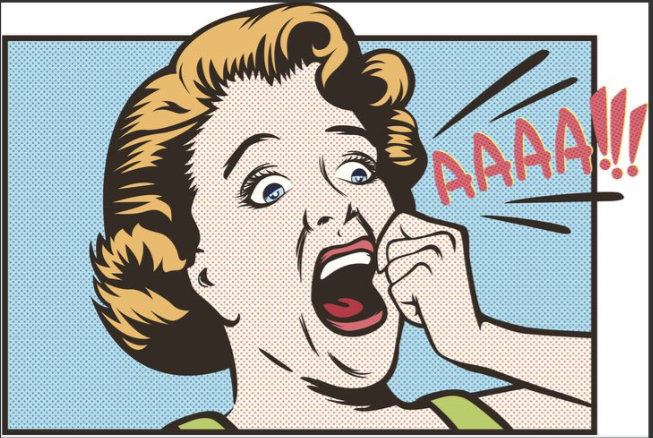 To “celebrate” the one year anniversary of Donald Trump’s victory in the Presidential election on November 8, 2016, there are several “Scream helplessly at the Sky” events planned in major U.S. Cities like Boston, Chicago and New York City.

No that is not a spoof. It is really happening.

Poor sky. All it does is sit up there minding its own business, reflecting sunlight onto our planet and occasionally sending rain to water the ground and provide drinking water for us. What did it do to deserve a Borg-like collective scream? (And using a Borg analogy, your resistance against Trump HAS been and SHALL be futile).

I have a question. Won’t thousands of human beings yelling collectively at the sky (with mouths open of course) contribute to the greenhouse gases that cause climate change? Seems rather counter-productive to me. I am thinking miming may have been a better way to go. But of course by the time Trump is out of office in January 2025 they’ll be nothing left of the planet anyway according to all the expert pseudo/fake-scientists like Al Gore and Bill Nye. So what’s a little screaming. And speaking of Al Gore, no one thought to bring him to one of the events? He’s pretty good at screaming and fear mongering.

Here are some details of the upcoming event in Boston:

“Over 4,000 Facebook users have RSVP’d—another 33,000 are interested in attending—to the Nov. 8 event being held in Boston that is literally titled “Scream helplessly at the sky on the anniversary of the election.”

I wonder if that “nasty woman” Ashley Judd will be there. I kind of doubt it. She’s busy coming out about the sexual abuse in liberal Hollywood that she had knowledge of and did nothing about for the last 2 decades while attacking conservatives for being sexual predators.

The upcoming Boston scream party is a departure from taking action against the administration and its agenda. Instead, Americans will be provided the unique opportunity to vent their rage by shouting at the darkening skies above, all the while expecting nothing in return.

Well, that will be a first: liberals not expecting anything in return to assuage their victim-hood mentality.

“The event will be held at the 383-year-old Boston Common, the oldest city park in the country.”

I’m sure the patriots of the Revolutionary War that fought and died for this country while going barefoot during a severe winter at Valley Forge would be so proud to see folks taking actions by….screaming.

“The park features a sprawling grass lawn, a lake and a bronze statue of George Washington.”

That sounds nice…green grass…a lake…wait…WHAT???? George Washington??? No, no ,no, no NO!!!!! They can’t possibly have an event that has a statue of the most recognized evil, racist, nationalist Founding Father! That statue is going to have to come down before Wednesday. Or maybe they can topple it by yelling at the statue before screaming at the sky. 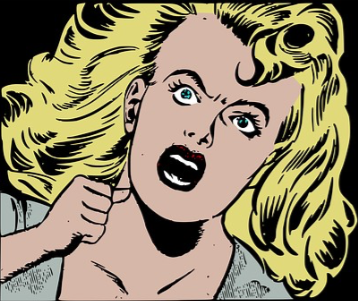 This all sounds so silly. But the more I think about it, the more sense it makes that liberals would scream at the sky. It fits their ideology perfectly because the sky can’t talk back. Most liberals don’t want debate. Instead they throw out despicable accusations to render their opponents non-human in their own minds– think climate “deniers”, Nazi’s, racist, misogynists, homophobic, Islamophobic, deplorable etc. I was once told on a blog that my mother should have aborted me. Don’t worry – it doesn’t bother me. I actually feel sorry for someone who has such hate bottled up in side of them that they cannot rationally debate an issue. And this didn’t start with Trump. These are terms they have used for decades and have indoctrinated young minds with, through the educational system. Look at what happens on college campuses if even a liberal dares to stray from the template, much less conservatives.

And while I am surprised that they are going to leave their “safe places” to go and have a good scream and temper-tantrum, I don’t think I’ll be participating in the “Scream helplessly at the sky” events. Instead I’ll have my earphones on watching clips from last Nov 8 right at that moment the media realized Trump had won!