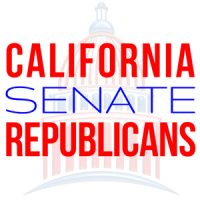 Unfortunately, our great state of California, Governor Jerry Brown has signed Senate Bill 54 – also known as the Sanctuary State bill and the California Values Act – into law. This legislation is nothing less than a direct stab at federal immigration enforcement in general, and at our President in particular, having been introduced mere weeks after the election of Donald Trump – who promised tough action against illegal aliens in this country.

The law, along with others signed by Brown, will severely curb cooperation between federal authorities and local and state police on immigration matters , shelter law breakers and would allow deportable immigrants convicted of crimes to be released back into their communities where they can potentially re-offend. SB54 -has put limits on communication and sharing of information between local state authorities and federal agencies, such as the United States Customs and Border Protection (CBP), the United States Immigration and Customs Enforcement (ICE) and even the Federal Bureau of Investigation (FBI). Overall the legislation remains an unconscionable effort by the state to hobble the federal government from doing its job: protecting our national borders.

California law enforcement has had its immigration teeth pulled by SB 54, with officers prevented from inquiring about a person’s immigration status, detaining someone on a hold request until the arrival of federal authorities, arresting anyone for an immigration offense alone, or be deputized federal agents for immigration enforcement. It is no secret what this accomplishes by this legislation. California Senate President pro tem Kevin de Leon has explicitly stated his desire to “build a wall” against Trump’s immigration policies.

The Democrat majority senate passed SB54 by a vote of 27-11.

Those Republicans in the Senate, Assembly, and Congress had not reached out to their constituents to help or encourage those of us to write our legislators regardless of party lines nor did they encourage those of us who would have helped oppose this bill strongly in support of our safety in our communities. Therefore, instead of writing our leaders standing and fighting for the Rule of Law, which is paramount in our Nation, our State and our communities, they allowed passage of SB54, which now sets precedence, further diminishing our future safety in our own neighborhoods, schools, and public places.

It is time to put blame where it belongs – those politicians that continue to vote “NAY” but do nothing else. Take a good look at your Assembly members – NO Action, NO Fight, and NO Standing Up for our laws. Republican Assembly, Senate, and Congressional members who give a ‘nay’ vote are meaningless in California since the Democrats are the majority leaders in this State.

Our State Assembly, Congressional and local leaders have let us down once again. Their voices remain quiet, a simple NAY vote without a murmur to their constituents – I believe in strength with words. We as citizens have our voices and our VOTES. We need a fighter, a rabble rouser in these Districts to speak up and get things done. We must encourage the Independents and Libertarians and the undecided Democrats – step up to carry out district visits targeting the silent majority and those Democratic Assembly members who are undecided.

There were at least three Southern California lawmakers who had remained quiet on this bill; they were among those that had been singled out by Democrats: Sabrina Cervantes, D-Riverside; Jacqui Irwin, D-Thousand Oaks; and Al Muratsuchi, D-Torrance. Republicans should have had a strategy.

Republicans had pretty much unified against SB 54 as did some moderate Democrats who were on the fence prior to the bill’s passage in the Assembly. Assembly Anthony Rendon, D-Paramount, said he “does not take positions on legislation until they reach the Assembly floor.”

Assemblyman Matt Dababneh, D-Encino, said he is still evaluating SB 54, although he had been “very clear that local law enforcement should be focused on protecting our families rather than engaging in enforcing federal immigration laws or breaking up families in our community.” And Assemblyman Tom Daly, D-Anaheim, was at the time undecided.

Moreover, of particular interest to me was Assemblywoman Sharon Quirk-Silva, D-Fullerton who said,

“SB 54 creates serious public safety concerns, and I am unable to support this bill. The United States is, and will remain, the land of opportunity. Nonetheless, we have an obligation to ensure our Orange County communities are safe.”

I have seen so much bipartisan legislation from Assemblywoman Sharon Quirk-Silva, I have been extremely surprised by her support in certain key areas. It does appear she really has her constituent’s ear on many issues and stands strong.

We enact laws – passed by elected political leaders for the benefit of those they govern – to establish and preserve the general good. As a rule, laws should be few, to minimize the restriction of personal freedom. If a law is determined to be excessive and overreaching, the people shall amend it. If it becomes obsolete, we can repeal it. At any time, these matters of concern we as citizens have over a given law is addressed by the voters to our local representatives, who can introduce these in legislation for debate with their fellow legislators. Nevertheless, we do not simply get to ignore the law, just because we disagree with it.

This is the kind of thinking while rather common sense to most people, has never really applied to those who support open borders. To them, any person living in a foreign country has every right to enter the United States at will, without regard to existing immigration law and with no need to bother using proper channels. If you can make it inside our border, they believe, by hook or by crook, you deserve a reward for your criminal behavior and allowed to stay.

These people seem to feel so strongly about this that they have established so-called “sanctuary cities” all over the United States- and now California an entire sanctuary state – where our local government now refuses to cooperate with and even actively undermines our federal immigration enforcement efforts. Let us not mince words this is an outrage. It is an embarrassment for us as Americans, and no one in this country has any business talking about the sanctity of the “rule of law” so long as it continues.

However, there maybe a glimmer of hope, shortly after passing SB54 opponents of California’s recently approved “sanctuary state” measure have launched an effort to overturn the law. An important referendum that has cleared to gather signatures, proponents have until Jan. 3, 2018, to collect signatures from at least 365,880 registered voters. Once successful, this referendum will appear on the November 2018 ballot, where we the voters will be asked whether to uphold SB 54. Today, the campaign has no major funders yet, but it is reaching out to law enforcement groups that do oppose the law. Let me again restate my earlier comments “where is our Assembly, State, and local leaders”, SB54 can be placed on hold pending the outcome of a vote if the referendum qualifies for the ballot. As of today, I have not heard anything for this supportive referendum from any of our leaders!

We have laws in this country for a reason, and it has to preserve order in our democracy. We are a free people, and we have the right to question any law we disagree with openly, ourselves and through our representatives. What we do not get to do is ignore laws already on the books, they are legislating defiance of laws already passed. A situation such as this goes beyond even immigration: this is a blow to the very institution of law and order in America.

We can no longer endanger the public, families, communities by protecting criminals, do I need to remind you of Kate Steinle “Kate’s Law”.

Jamie Glazov: Linda Sarsour, You Need to Apologize for the Halloween Massacre