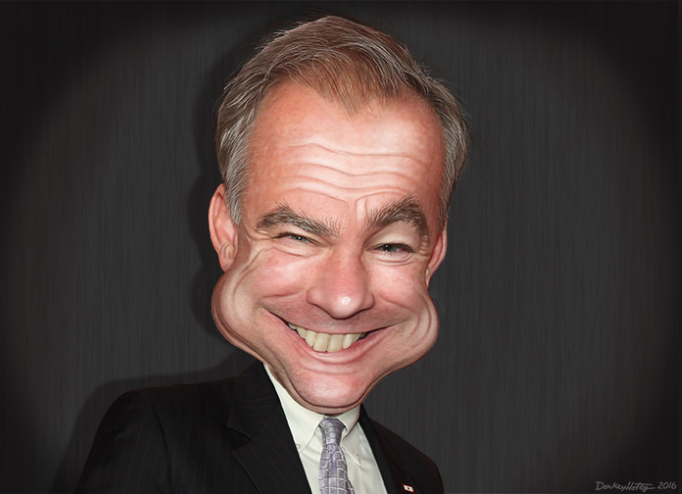 Earlier this week, Tim Kaine appeared on CNN’s “New Day” and discussed the latest news about the fake Russian Dossier. Here are some excerpts from the conversation:

No one is trying to change the subject, Mr. Kaine. The truth is finally being revealed which implicates the Democrats and Hillary Clinton on this fake dossier.

And President Trump has done absolutely nothing to indicate he will fire Robert Mueller or limit his investigation. You are engaging in a fabricated insinuation.

Kaine said, “If you’re asking about the dossier, that was funded by an online conservative publication in Washington, The Washington Free Beacon…”

This is just not true. The Washington Free Beacon hired Fusion GPS but none of their findings appeared in the dossier. You can find details here and here. Kaine continued,

“And when they decided to drop it, apparently we now know that some of the funds that were paid to continue the investigation were paid for by the Clinton campaign.

‘Apparently’ and ‘some’? The funding came from the DNC and the Hillary Clinton campaign. There was no “apparently” about it. But of course, how would Tim Kaine know? I mean, he was only Hillary’s running mate.

Kaine went on to say,

So now that the shoe is on the other foot it’s “hey, everybody does it.” (wink, wink). So if YOUR campaign’s involvement is not evidence of collusion, then how is Trump’s?

And back in July, Tim Kaine said this about Trump Jr.:

But of course funding oppo research from an adversary is A-ok.

The bottom line is that this investigation is based on a fake dossier that is nothing but a total lie. There has been zero evidence that Trump colluded with the Russians. And as Peter Roff pointed out in US News and World Report, Mueller is compromised:

“What we have now is a shell game without peas rather than the honest pursuit of justice. Mueller is compromised, something he’s probably realized already but has yet to do anything about. Moreover, and this is something he’s probably missed, he and his entire operation are being used by the president’s enemies to derail the administration’s agenda. Here’s hoping he recognizes that sooner rather than later, and, as an officer of the court as well as an official of the executive branch, he chooses to divorce himself from their political objectives. They’re monkeying around with justice, something we’ve seen too much of over the last two decades to tolerate anymore.”

To wrap it up, Senator Kaine said:

“Let’s all Democrats and Republicans agree that Director Mueller will have the complete latitude and resources to get to the bottom of this. If the president will say that and… congressional Democrats say that, then the nation will be well served.”

No, the nation will be well served if this ridiculous investigation ended and the undermining of the Trump Presidency with lies and insinuation stopped.

Daniel Greenfield: Blood on the Left's Hands in Manhattan