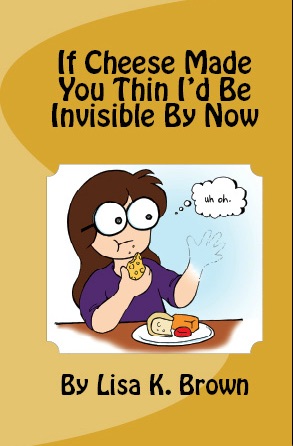 Some of the advance readers of this book described the writing style of Lisa Brown as similar to Erma Bombeck and Dorothy Parker. I would go further and compare her work to the master, Mark Twain, whose columns I had the opportunity to read a collection of as a kid. Noted more as a novelist, Twain had a satiric wit that could take any topic and make you laugh and at the same time think about how the story relates to you the reader.

While at first glance it would seem the book was aimed for women readers, it is also one male leaders would enjoy and benefit from. Lisa’s stories about growing up and facing the modern world are all too real and relatable. Her tales about being bullied makes this a book for all ages. She as a girl was not the only one to experience a “squasher of dreams.” It can happen to boys, too, and evidence of that today is the number of suicides by kids because of things written about them on social media. You can arise above that. It is obvious a major tool for Lisa has been a satiric wit that made her able to see things others have lived their entire lives and never seen.

The book is actually a collection of columns that Lisa Brown has written and therefore covers a myriad of topics. Very touching are stories about her family, going into personal experiences and showing what it’s like when there are four people in a household held together with love and enough differences to be interesting. Mark Twain would also approve of Lisa being a cat lover as he opined that you could never trust a person who did not like cats.

Personally as a movie and TV buff it was fun to follow the comparisons she made about life with things witnessed on TV from Twilight Zone to Father Knows Best.  Makes you miss the old shows and appreciate the author’s ability to find relationships. She also shows that dreams can come true, especially if you love Ernest Borgnine.

Also very touching was Lisa’s frank telling about her cancer concerns, trying to diet, love life and a broken marriage. Again something both sexes could learn from. The author can go beyond wit to reveal real hurt and the hurt people can do to each other.

Especially interesting to those of us who grew up as Ray Bradbury fans were her descriptions of Summer activities. Think of Bradbury’s The October Country.

This is a book highly recommended to our readers especially because of its emphasis on family. You can purchase it on HERE on Amazon either in paperback or Kindle.

Dr. Fred Eichelman: Historical Preservation Alone is Not at Stake