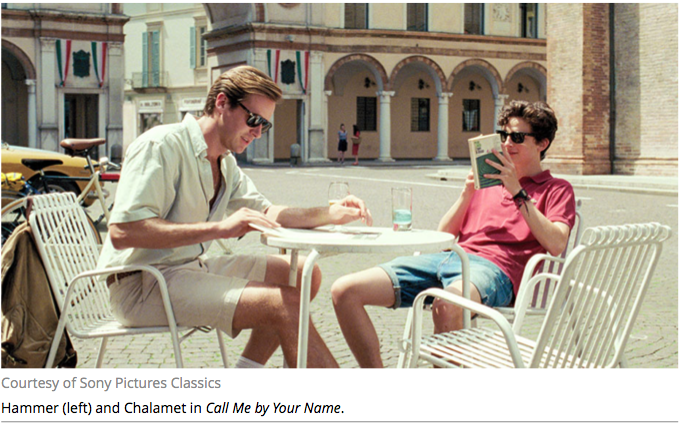 How can it be that in the midst of the firestorm of accusations of sexual harassment and sexual assault all over Hollywood and beyond, that a movie about a gay man “seducing” a teenage boy is now being deemed Oscar-worthy?

Because “Hollywood”, that’s why.

‘Call Me by Your Name‘ is the ‘steamy’ new film starring Armand Hammer (‘Lone Ranger’) and is being touted as a “love story”. But what it actually is–and without a trace of irony–is a movie about a grown-up man having sex with a teenage boy.

Will Hollywood ever learn?

Nope. No, they will not.