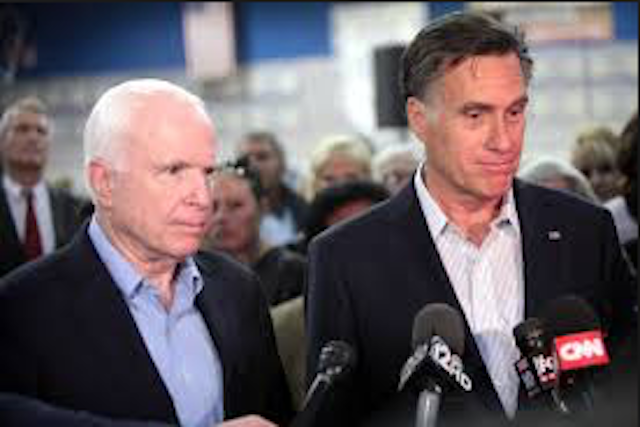 There’s been nearly wall to wall news coverage of the allegations made against Roy Moore since last Thursday. And as usual a lot that has been said is pure conjecture as sides have been chosen based on one’s belief of whether the charges are true or not.

The simple fact is that there has been an accusation that Roy Moore sexually assaulted a young 14 year old girl in 1979, almost forty years ago. There were two others that came forward as well who were 16 and 18 at the time that said they dated him but have not made an charge of sexual harassment.

Roy Moore has denied the accusation in a written statement: “These allegations are completely false and are a desperate political attack by the National Democrat Party and the Washington Post on this campaign.”

We will probably never know with certainty whether the allegations are true or not unless there is definitive proof or Judge Moore confesses (which appears very unlikely). The voters of Alabama will have to decide for themselves in a few weeks.

What is certain however, is that the Republican establishment have taken to themselves the function of judge and jury and calling for Roy Moore to withdrawal. These are the same folks who opposed him in the primary against Luther Strange. As I wrote last week, the swamp (establishment) is not going to surrender without a fight.

The first man out of the gate was the Senator from Arizona, John McCain, who never misses an opportunity to trash someone in his own party: “The allegations against Roy Moore are deeply disturbing and disqualifying. He should immediately step aside and allow the people of Alabama to elect a candidate they can be proud of.”

Notice it’s the ALLEGATIONS that disqualify him, not whether they are true or not.

Funny, because in the 2008 Presidential campaign allegations of an affair between McCain and a lobbyist were made by the New York Times. Did John McCain “step aside”? Uh…no:

“It is a shame that The New York Times has lowered its standards to engage in a hit and run smear campaign,” communications director Jill Hazelbaker said in a prepared statement sent about an hour after the Times posted their story online. “John McCain has a 24-year record of serving our country with honor and integrity. He has never violated the public trust, never done favors for special interests or lobbyists, and he will not allow a smear campaign to distract from the issues at stake in this election.

Americans are sick and tired of this kind of gutter politics, and there is nothing in this story to suggest that John McCain has ever violated the principles that have guided his career.”

As far as I can remember, that allegation was never resolved. So if John McCain is going to be consistent, he needs to “immediately step aside (from the US Senate) and allow the people of Arizona to elect a candidate they can be proud of”.

Next it was McCain’s tag team partner Mitt Romney’s turn to enter the fray (isn’t it interesting that the losers of the previous two Presidential elections are the loudest critics):  “Innocent until proven guilty is for criminal convictions, not elections. I believe Leigh Corfman. Her account is too serious to ignore. Moore is unfit for office and should step aside.”

Yes, the old liberal thought that if doesn’t matter if it’s true or not, it’s the seriousness of the charge. I would have guilt pangs for having voted for this man if it wasn’t for the alternative.

It was just 5 years ago that Mitt Romney felt the sting of accusations that he had bullied someone in high school and that he had strapped a dog on top of his car.

To the bullying accusation Romney responded “As to pranks that were played back then, I don’t remember them all, but again, high school days, if I did stupid things, why, I’m afraid I’ve got to say sorry for it,”.

After all, that’s what Republicans must do, apologize for something they may or may not have done. But either way, as Romney said, criminal innocence or guilt doesn’t apply in elections. So he should have stepped aside in 2012 and should refrain from running for anything in the future (as I hear he is contemplating). Charges of bullying and animal cruelty are VERY SERIOUS and he would be unfit to serve based on these allegations alone.

I also find it curious who we are not hearing from. So far I have not heard a word from Democrats on the Roy Moore allegations. Of course, why would they need to when Republicans are firing on their own.

Finally, I have seen a couple of references to the fact that should Roy Moore win, the Senate could refuse to seat him. Did I miss something and the Senate suddenly raised their standards? We had a Senator who abandoned a car and let a woman drown serve in the Senate for decades! Not to mention his sexual escapades. Or how about good old Robert Byrd, former member of the KKK who not only served in the Senate but was the Majority Leader. And there are many other examples. So assuming for a moment that these charges against Roy Moore are true, it seems to me he’d be right at home in the Senate. He’d just need to switch party identification.

McCarthyism vs. Due Process