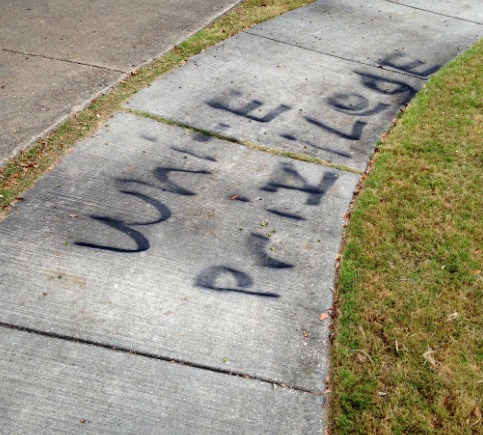 I had occasion to do some channel-surfing on the Friday after Thanksgiving this year and ran across the A&E series, “Who Killed Tupac” which examines the killing of rapper Tupac Shakur in Las Vegas on September 7, 1996. To date no suspect has been arrested.

The series also examines a renewed effort on the part of a group of individuals to do their own investigation into Shakur’s death based on the premise that the Las Vegas Police Department failed to properly investigate, failed to interview certain witnesses, and made little effort to dig into the theory that it was retaliation for a dispute between the Crips and Bloods, two violent gangs that existed at that time.

Unfortunately, according to many who were at the scene the night Shakur was killed in a drive-by shooting, there were few close-up witnesses to the shooting who were willing to speak with police.

Those interviewed for the show suggest that the attitude in the 1990s when the crime occurred was one of mistrust between the black community and police organizations. Additionally, they theorize that the shooting of Tupac was caused by the snatching of a gold necklace from his neck while in Compton, California several weeks before the killing. The necklace was allegedly stolen by a member of the Southside Crips, Orlando Anderson.

This individual was subsequently pointed out to Shakur and some of his entourage at the MGM Grand in Las Vegas at which time the entourage attacked Anderson and beat him down right in the lobby. Shortly thereafter, Shakur was shot four times by an unidentified shooter who put an arm out the rear window of a white Cadillac and opened fire on Shakur’s car in the adjacent lane of traffic stopped at an intersection. Another member of his entourage was wounded.

All that having been said, the series does a credible job of cleaning up and sanitizing the life of Tupac Shakur. What is also does is use the shows to beat up on law enforcement while building on the theory that Las Vegas Police did not want to solve the case. “It was just too messy.” Las Vegas, at the time, was attempting to create the image of a “family friendly” destination for tourism.

What is far more disappointing when one considers the entire aura created by those who promoted Shakur’s recordings were oriented to sensationalize and glorify the “gangsta” mentality and lifestyle. The record company producing Tupac’s records was called Death Row Records. Much of the rapping done by Shakur was violent and racially provocative. The head of Death Row Records was on parole (subsequently revoked for un-related reasons). While there are references throughout the two or three segments that I watched that Shakur was actually concerned about improving the lot of black families and communities, it was difficult to identify those themes in his music.

All one needs to do is examine the history of Death Row Records to see that so much disfunction, in-fighting and violence existed that it should be no surprise that some of the principals would experience untimely and violent ends. Orlando Anderson, the one being targeted by the new investigation was killed two years after Shakur’s murder. Given the circumstances, there may be reason to believe Anderson killed Shakur. Interview tapes shown in the series analyzes his body language and answers to the questions posed to conclude that he was “incredibly involved” in the murder. Was it an “eye-for-an-eye” situation based on the assault at the MGM Grande? I simply do not see that question ever being answered with so many of the people involved with this untimely death scattered or at odds over other issues unrelated to the murder.

What struck me after watching this program is this: In the 20 years that have passed, little has changed within many black communities across America. Whether in South Los Angeles (Compton and surrounding communities), South Side Chicago, or Bedford-Stuyvesant neighborhood in New York, fatherless families, gang violence, and drug abuse and addiction continue to plague them.

It would seem to me that rather than idolizing Tupac and the violent, racially charged rhetoric represented in his records, those in the leadership of the black communities could better serve their neighborhoods by putting pressure on the gangs and factions that continue to threaten the health of their communities to clean up the drugs, get their youth educated and employed, and leading them back to faith, family, and morality. It is the only answer to break the chains of poverty, government dependence, and violence.

When 70 percent of black babies are born to fatherless households, those families are on a statistical downhill course to crime, imprisonment, and/or violent death. Many in education today lament the “classroom-to-prison pipeline” that plagues minority and poverty-stricken children. I submit to you that this “pipeline” has little to do with the quality of education being received, but, rather, it starts long before the first day of school. Whether anyone wants to admit it or not, the family unit is the key to breaking the lock that holds many impoverished communities captive.

United in Hate: The Left's Romance With Jihad

Who SHOULD Be Time Magazine's Person of the Year?