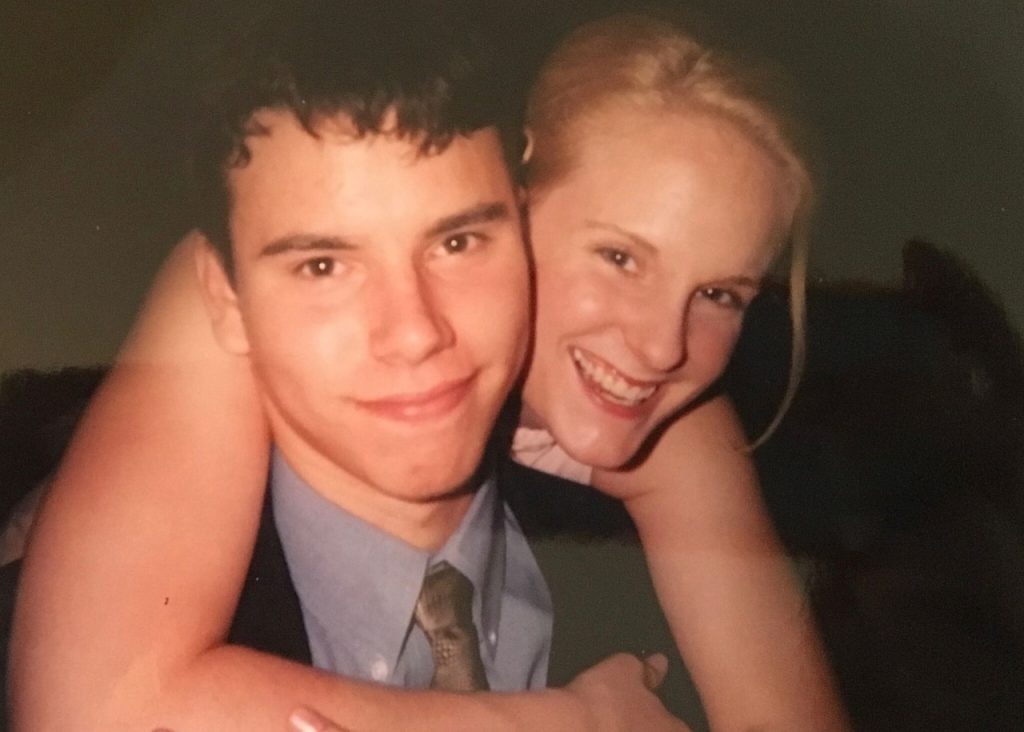 JK: You share your inspiring story in your new book, SOLE SURVIVOR. As a survivor of the horrific attack you experienced, how were you able to pull through that experience and still be here today? You are truly an inspiration to many.

Holly Dunn: I really believe that what really got me through that is my support system, that’s number one; my support system was amazing. I had family and friends that were amazingly supportive, but I also had strangers, I had – everyone – strangers telling me they thinking about me, praying for me – I mean, just an amazing amount of support. So I think, initially, especially that support system was so crucial and so amazing for me.

JK: You are truly an amazing inspiration to many….I mean, your story made me want to cry – you know, because I’ve been through, not quite as traumatic – I just can’t imagine…

Holly Dunn: Everybody’s got something they’ve been through. Everybody’s got a story, and nobody’s story is less. I’ve encountered a lot of people that have been through something, and they’re always like, oh, but what happened to me isn’t as bad as what happened to you….and I’m like, but it was as bad for you! That’s your story and it was awful! You need to compare it to mine! So I tell people that a lot because you’re story is just as bad because you went through it!

JK: In light of promoting your book, I am sure you are aware of the tragic events in Texas and the tragic church shootings. So it’s been reported that the shooter has been cited for domestic violence against his ex-wife and infant stepson. In light of your own experience, what would you say to the survivors of this horrific event?

Holly Dunn: I think – not only the survivors, but you have to think about the families – of everyone that was killed and the survivors – because everybody’s going to go through something –not just the people that survived – but the families are going to be going through something, too. Everyone just needs to realize that they’re all going to have their own healing process. I can’t give a great response to that because everyone’s healing process is so different and you can go through it however you need to go through it. You need to find resources, coping mechanisms and skills that you can use in your healing. Because if you don’t have those things – and–you need to talk about what you’ve been through because if you don’t, it’s going to ball up inside you and explode in your life at times. If you don’t talk about it with someone, a trusted person, it will to affect your life. It may not be instantaneous that they start talking about it but it needs to happen at some point that they need to be talking about it

Holly Dunn: A religious community is going to have an amazing support system because, I think, in general, they are very strong to begin with – they support each other – they are great for each other – I think having a community of people is very important. Just talking about it at first, like a story, is helpful. Counselors can be great for people. After I was attacked, I mean I was only 20 – I didn’t want to go to therapy – I I wanted to have fun. I didn’t want to go to therapy. For me, I was young, I took kind of an unconventional route to healing. I followed in my boyfriend’s footsteps; I went to places he loved; I wanted to know his life. And so, I think that was part of my healing. I became friends with all of his friends. I got in touch with his family. And I think those things helped in my healing; it was a little more unconventional than having a therapist.

JK: I don’t think there is any wrong way to cope – I mean, it’s like they say, everybody grieves differently; everyone has to find their own path to what will end up healing them in the end. In my opinion, as long as it helps you, who am I to judge?  What are some tips that you can give to young women to help them stay safe? As you know, life is never guaranteed, but there are surely tips you can share to help them stay safe in the streets, our neighborhoods…

Holly Dunn: Right. I had pepper spray with me the night that I was attacked, but it was in my boyfriend’s backpack. It was useless to me because I did not have it on me at all. If you’re going to have pepper spray, you need to have it with you at all times. I’m a big believer in self-defense and I’ve taken self-defense classes since I was attacked. I think if I was put that situation again, I can at least hurt someone pretty bad with my self-defense skills. You can’t just take one class and you’ve got it; you’ve got to constantly update yourself. It’s muscle memory. If you don’t use it, you lose it. I believe that women can be empowered and have awareness that something might happen will keep you out of those situations where something might. I did an event outside of Philadelphia, PA that was a CrossFit as well as sort of a boxing techniques that can be used to protect oneself – and truly, that class was only a few minutes long. The instructor said you cannot learn this in a few minutes, it’s a constant updating, you need to come take the class.

JK: Who’s a person that you look up to the most and who’s been a true source of inspiration during this whole process?

JK: And why do you pick your father?

Holly Dunn: My father’s been through a lot of tragedy in his life. He’s lost two sons and came from poverty when he was a child. His father died when he was seven, and he has constantly shown me strength and endurance and he has been my example of how to endure hardship and how to get through it. My brother died when I was in fifth grade in a car accident; and my dad amazingly did things like get my family in therapy; I saw him cry for maybe some of the first times in my life. He was vulnerable. He showed me several times how to carry through and he’s my biggest supporter, if I have one more gigantic number one fan it’s my dad.

JK: Tell me more about Holly’s House, and how it got started.

Holly Dunn: Holly’s House was actually brought to me by a police detective in Evansville, Indiana, Brian Terpen, and he said he thought there needs to be an advocacy center in Evansville which is an interview location for victims of intimate crimes. He wanted to bring me on board and I said, if it has my name on board I have to be a little bit more involved. So we partnered to start the organization. We opened in September of 2008 one hundred percent debt free. We renovated an old library in our community that became Holly’s House, and all the labor was donated by the labor donated; the community was amazingly supportive. But they saw the need. Brian and I went to every organization for four and a half years to every organization, every group, every person that would listen to us talk to them about why this was needed in the community. We would go and talk to them. So we definitely put the word out there that this was needed in the community. Next year it will have been open for ten years. And it’s grown amazingly. I’m not involved as much anymore – I’m a spokesperson, but I’m not on the board and I am not paid by them. They teach a program called ‘Think First, Stay Safe’ in our schools from kindergarten to fifth grade that teaches about predators that lure kids into unsafe situations. It’s now being taught to 35,000 children in our area. I am so proud of the work they are doing now and it’s still – I wish I could close the doors to Holly’s House because these crimes aren’t happening anymore, because I wish they weren’t happening and that’s my dream that someday we have to close the doors because we have no more clients.

JK: But sadly, that’s just not going to happen.

Holly Dunn: And there’s always going to be evil.

JK: Let’s talk about your faith for a moment.

Holly Dunn: I would say I had a pretty good faith base growing up. My dad went back to church after my brother died. I think my faith was somewhat rocked after this happened; I had a lot of anger; and I think that it’s something that a lot of survivors of Texas are going to go through; I think a lot of survivors of trauma go through that anger with God. That’s OK to have that anger. What I found is that even with that anger, there were always little moments of God telling me I love you; I’m still here; I haven’t abandoned you. The real moment when that happened for me is when I spoke at a religious retreat and I said, you’re asking me to speak on faith when my faith was at my lowest. I literally have no idea if I can do this. But I agreed to do it, and that event helped me realize that God was with me and God was with me when this happened, and He is the reason that I survived. He has a plan for my life and I just have to live it!

JK: Which passage in the Bible is your favorite?

Holly Dunn: Genesis 50, Verse 20: As for you, you meant evil against me. But God meant it for good. To bring it about that many people should be kept alive as they are today.