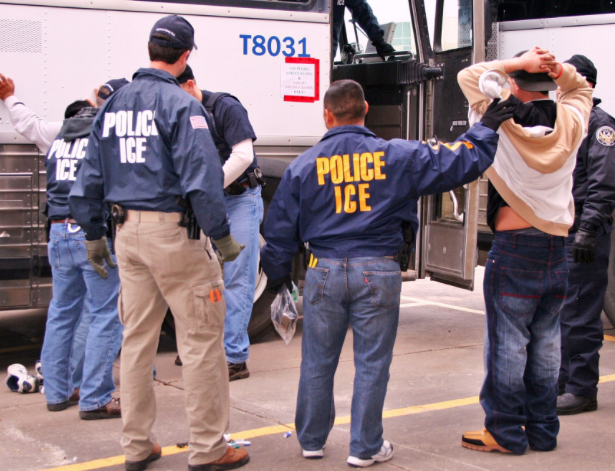 The country’s immigration enforcement officers launched a website Tuesday demanding that President Trump do more to clean up their agency, saying he has left the Obama team in place and it’s stymying his goal of enforcing laws on the books.

U.S. Immigration and Customs Enforcement supervisors in Philadelphia banned officers from wearing bulletproof vests during an operation in the dangerous “badlands” section in the city’s north for fear of offending the immigrant community, according to a new website, JICReport.com.

Meanwhile, officers in one Utah city are required to give city officials seven days’ heads-up before arresting anyone — and by the time they go to make the arrest, the immigrants they are targeting have taken off, the website says.

Compiled by the National ICE Council, which represents ICE officers, the website is part whistleblower and part primal scream for Mr. Trump to pay attention to a group of people who were among his staunchest backers during the presidential campaign.

“ICE Officers grudgingly admit that the only President they ever endorsed hasn’t kept his word, and many officers now feel betrayed,” the officers say on the website.

National ICE Council President Chris Crane, in an open letter to Mr. Trump, posted on the site, said he finds himself regularly having to defend the president to ICE officers who backed Mr. Trump during the campaign but now feel “stab[bed] in the back” by the administration.

Mr. Crane said he gives Mr. Trump the benefit of the doubt but that those around the president — whom he doesn’t name — appear to be trying to shield him from hearing about the continued struggles at ICE.

“While officers view the President’s position on enforcement as courageous, the Trump administration has left all of the Obama managers and leadership in place, a group that ICE Officers know after the last eight years to be completely incompetent, corrupt and anti-enforcement,” Mr. Crane wrote.

The White House didn’t respond to a request for comment.

ICE was among the most embattled agencies in the last administration, with deportation officers saying they signed up to enforce immigration laws, only to have Obama officials put severe restrictions on when and how they could carry out their duties.

More than 80 percent of illegal immigrants were put off limits for deportation under the Obama administration.

When the Trump administration took over, officials lifted the restrictions, saying most illegal immigrants could be deported — though they left in place the directive that criminals, national security threats and repeat immigration violators be given top priority.

Numbers for fiscal year 2017 are still pending, so it’s unclear how much of a change the new policy has made.

On Tuesday, Mr. Trump nominated Tom Homan — who for nearly 10 months has been acting director of ICE — to hold the job permanently. That nomination will likely ignite a fierce debate on Capitol Hill over Mr. Trump’s immigration plans.

The ICE Council’s new site doesn’t find fault with Mr. Homan’s immigration policies but does ask for him to do more on the personnel side, saying Obama-era holdovers are still given too much power in decision-making.