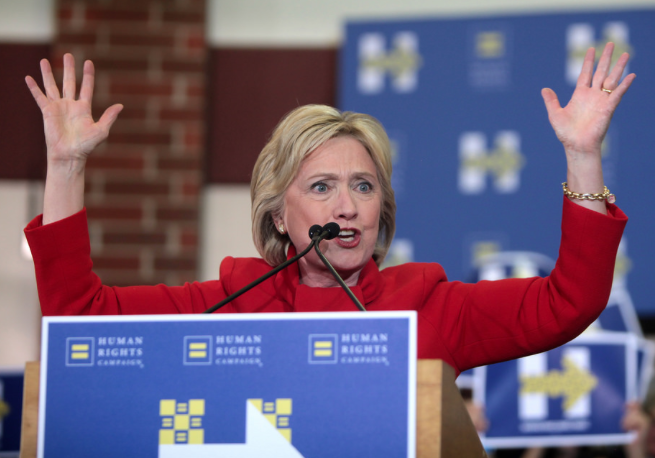 We have witnessed something that is about as rare as Haley’s Comet, and that is an open schism in the ranks of the Democrat Party. Rarely have Democrats gone after one another. With all of the Clinton’s questionable dealings and issues, Democrats close ranks, and to them, it was a big nothing burger. Even when Hillary violated numerous sections of the Federal Records Act, including the espionage act, all the Democrats did was yawn. But no longer.

Apparently, the DNC was hemorrhaging cash. The Clinton’s stepped up, gave money to the DNC, but not without something in return; they took control of the DNC. OK, I am not sure that is illegal; seems like a fair quid pro quo. But what happened next perhaps was not, and that was the DNC helped to rig the nomination toward Hillary. The next order of events was stunning. Elizabeth Warren, perhaps in-line anointed candidate for President, ratted out, finked,  and spilled the beans on Hillary.  Not to be left out in the cold was Donna Brazile, who corroborated Warren’s allegations. Yes, it was the ‘light-weight’ pundit and hypocrite, Donna Brazile who gave debate questions to Hillary, in advance. Nice,huh? So, the real question is, “What gives?”

The titular leaders of the Democrat Party are sending a message, it’s a message to the Clinton’s and fellow Democrats. The Clintons’ are the Edsel of the 21st Century. Their time has come and gone; faster than a speeding bullet, and more powerful than a locomotive…..Poof….gone!  Relegated to the junk heap of American Politics, the Democrat Party is using their pooper-scooper and off to the garbage heap goes Bill and Hillary. I am not stating this with any sense of bias, or that I am a conservative. I am stating what I believe to be the obvious; Democrats have had it with the Clintons, and it’s time to move on. Perhaps the country feels the same, but at what cost?

During the 2016 election, it was very fashionable for Democrats to say, “Oh, I could never vote for Bernie Sanders.” However, I didn’t believe that for a minute. Those Democrats who are ideologues or low information voters, would vote for anyone, as long as they stood under the Democrat Party banner. These are the same Democrats who don’t want to listen to any items of fact, change the topic when confronted, or as has happened to me, becomes un-friended on Facebook. Now comes ‘sit-or-get-off-the-pot-time.’

The only difference between Bernie Sanders and Elizabeth Warren is age, gender, and a skirt. Politically, they are George and Gracie, Desi and Lucy; they are the same. The Democrats have pushed aside the old, and bringing in the new, but the ‘new’ will be in the form of a much more progressive, Socialist leaning party. It will be a party of more entitlements, social-economic dependency, and an overall weakening of American Exceptionalism.

To those honest Democrats who ‘quietly’ agree that the policies of Barack Obama hurt American, and his foreign policies, e.g. Syria, The Iran Deal, Russia, and Iraq, hurt America, then just wait for Elizabeth Warren. To those honest Democrats, I say, “I feel your pain…….you will be tested in 2020 when you have to vote for either Warren or a Republican, or Warren or Trump.

And to those Democrat ideologues who said they could never vote for Warren, I didn’t believe you then, and I don’t believe you now. Think I am crazy? Just wait.