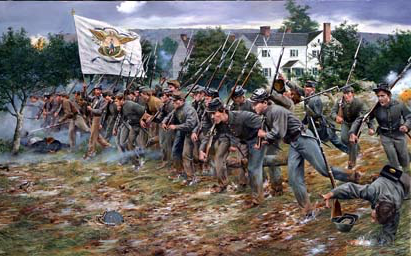 We hear a great deal about liberal young people wanting to tear down statues, rename buildings, rename streets and schools if any leader connected with the South, especially the confederacy, is connected by name or image. The main concern expressed is a valid one, you cannot sanitize history and to ignore the good so that you can denigrate the bad. It is turning our society into 1984. However, there is another concern that I have which has not really been addressed. Economic.

First, let me say that I do not write this as a born Southerner. Though I have lived most of my life in Virginia, I am Ohio born and have two great grandfathers who were in the Union Army. I write this as one who has devoted most of his life as a history and government teacher and also one who is very familiar with the tourist industry. It is an industry that in Virginia ranks with the major bringers of money into the commonwealth. Some of the top tourist attractions in the nation exist in Virginia including Colonial Williamsburg, the homes of several presidents, and key locations that played a role in the American Revolution and Civil War. 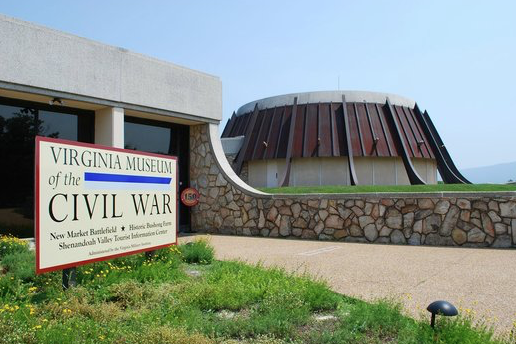 There is a case study I believe that will prove my point. It is the little town of New Market, nestled in the heart of the Shenandoah Valley. What makes it stand out is a historic battle that has become the source of study by military schools throughout the world, the Battle of New Market, May 15, 1864.

Just a synopsis of the battle will be given here. The Union Army under Major General Franz Sigel led ten thousand strong through the Shenandoah Valley. The plan was to threaten the flank of General Robert E. Lee who was facing Grant in Northern Virginia. The Confederate forces under Major General John C. Breckinridge were considerably smaller and the coming conflict could determine whether the South would be able to continue the war. Breckinridge chose the New Market area to make a stand, however he needed to add to his forces. They called upon young cadets, most merely boys, from Virginia Military Institute in Lexington to fill the gap. The new inexperienced troops did more than that. With youthful zeal and Rebel yells they charged the Union lines driving them back and forcing Sigel’s forces to move out of the Valley.

Time out for trivia. Film maker John Ford loved that story and in his film, The Horse Soldiers starring John Wayne, borrowed that story for a segment in the film. The location was in the deep South and the name of the school was changed. The same result happened and for a rarity The Duke was on the losing side of a battle.

For the town of New Market this was a source of pride and for many years on May 15 there would be a ceremony with VMI cadets parading in the town. Then something happened that made this more than just a ceremony and it happened right after World War Two.

After World War Two Americans wanted to hit the highways again, to travel and to see more of their country. There was a migration of a number of people in the Northeast who moved to the South where there seemed to be great opportunity to get established and to make good incomes in any number of professions.

This was true in the case of Alfred Eichelman, my father, who had the chance to take over a large retail pottery in New Market, Virginia. New Market was centrally located for people traveling from North and South and was just a couple hours from Washington DC. It was and remains an ideal place for people wanting to enjoy the mountains and valley. Other Northerners came to New Market to run motels and a hotel resort as it was lucrative territory for tourists to visit and stay awhile.

There was great interest in the history of the famous battle that took place in 1864 and people wanted souvenirs. My father sold more than just dinner ware and vases, he had big sales when it came to everything from figurines of Confederate leaders to small replicas of weapons. Many shops on the town’s main street did likewise as they continue to do today. In fact an African American pastor worked part time for my father and brought him a Confederate Flag (gasp) to fly in front of the store under the American flag. Pastor Coleman delighted in telling tourists at the store about the area’s past history. We learned a great deal from him ourselves.

As we went into the 1950’s businessmen in the area realized that people had a natural interest in the history of the area and the Civil War in particular. So these folks, many of them Northerners like my father who loved history, set about to get the battlefield recognized as a landmark and to build a Virginia Museum of the Civil War. Today that museum and battlefield are recognized as among the finest established in the East and there are trained people employed who are well educated in the field to give brilliant lectures and to explain the many artifacts. Military leaders and soldiers from both sides are represented in the exhibits as well as women and African Americans. There are a number of people employed in businesses, restaurants, motels and other areas who depend upon the tourist trade.

Now in the 2lst Century at a time when there is a growing infatuation with being politically correct we hear some saying that such monuments, whether in a museum or not should be done away with. This part of our history needs to be sanitized. New Market businesses feel fairly secure because Virginia Military Institute gives full support and cooperation with the work at the museum and battlefield, however there are some grumblings that such a program receiving any state or local government aid borders on racism.

It is the feeling of this writer that while we of course need to preserve the great history we have in our nation, an honest history, we have to remember that there is also a matter of economics. These snow flakes who want to riot and demonstrate against any recognition of George Washington, Thomas Jefferson, Robert E. Lee, Stonewall Jackson and others are leading our nation to lose its identity.

I do have to add one favorite family story. Once my dad was approached by a friend visiting from up North who asked “Doesn’t it bother you selling these Confederate souvenirs that might cause some Yankees to say ‘Another dumb Southerner still fighting the Civil War?’” My dad replied, “Yes, it does, and I cry all the way to the bank.”

Review: If Cheese Made You Thin I'd Be Invisible By Now