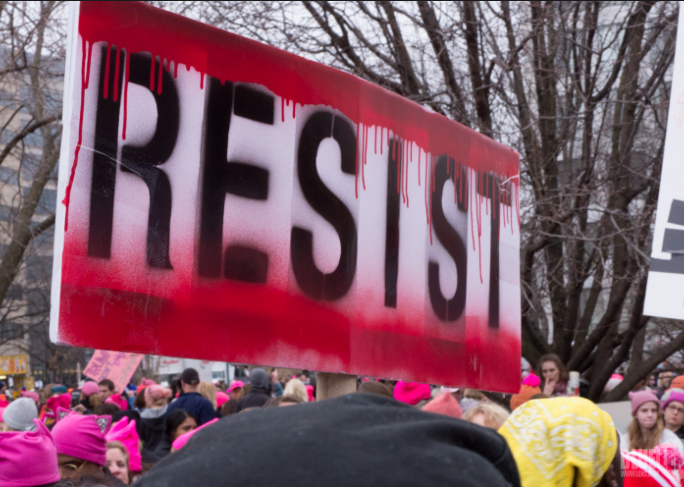 Much has been said about the politicization of the personal. Politics is no longer about Washington D.C. It’s about the movies you watch, the brands you buy, who your friends are and where you live. Everything from your choice of shoes to the car you drive is political. And if it isn’t political to you, it is very political to the college student next door or the political activist running for city council.

The personal is political because the political is personal. Millennials and their younger siblings lead the trend. Their politics is so personal that it doesn’t exist apart from their emotions. When campus leftists shout about their pain as an argument, it’s because there is no distance between their emotions, their sense of entitlement and their politics. They literally can’t even… because there is no ability to reason abstractly. Objectivity is a construct of dead white men. Feelings matter. Facts don’t.

But that is a generation that grew up on the internet. Existing in social media spaces is a very different assertion of identity than the one that humanity was used to for thousands of years. The Darwinian struggle to form an identity in a space of total free speech produced the most illiberal generation in over a century. The only way to win an argument online was through humiliation, victimhood or censorship. The SJW/Alt-Right paradigm of millennial political margins rests on that.

Social media quickly soured cyber-narcissism into cyber-bullying. Politics became cyber-bullying by another means. And the politics never ran very deep. Beneath the passion were layers of irony or deconstructionism which recognized that everything except the crybully’s needs were unreal. Nothing was real, but the anger and the pain. Politics was an illusion. Personal entitlement was all that’s real.

As the internet dominated politics, millennial politics became our politics. The medium had become the message. And the message was emotional. In the abstractions of the internet, abstract ideas don’t do nearly as well as raw emotion wrapped around lowest common denominator talking points.

Abstract ideas made way for emotional keening. “Hands up, don’t shoot” and “I can’t breathe” were louder and more resonant than any number of statistics about rising crime rates and police shootings. No amount of pro-Israel hasbara has ever matched a photo of a Muslim child splattered with red paint. From Puerto Rico to Muslim migrants to transgender bathrooms, each leftist argument is reducible to “people will die” or its precondition, “vulnerable groups are being made to feel unsafe.”

Think about the Hillary supporters screaming at Trump’s inauguration. Is that the politicization of the personal or the personalization of the political? When upper middle class white people claim that they fear for their lives under Trump, is it one or the other? Or is it a toxic cocktail of both, with personal emotions bleeding into national politics, and then national politics stirring personal anxieties in a feedback loop?

Either way the erosion of the distinction between ideas and emotions, between feelings and politics is the dominant trend of the day. And when there is no wall between politics and emotions, it’s impossible to discuss ideas. The only thing left to do is express anger., Politics favors negative emotions, not positive ones. And when there is also no wall between the personal and the political, political disagreement becomes a threat to personal identity. And violence swiftly follows.

Classical liberalism is based on ideas. The American system requires that we discuss and debate. When a society can no longer discuss ideas, it becomes illiberal and totalitarian. When discussion becomes impossible, then politics becomes based around stratagems of compulsion. And compulsion eventually meets its match. Meanwhile the system is discredited. And there is no exit strategy.

The Founders welcomed the people to participate in politics even as they sought to limit the politicization of personal life. The abstractions that they set up, such as the Electoral College, were meant to build walls between the personal and the political. The Declaration of Independence and the Constitution were documents of ideas. And the Founders hoped to disprove the European monarchists who sneered at republican government as anarchy and mob rule.

But when politics is purely personal, then the individual loses his freedom and the society loses its organizational principles. The layers of abstraction between our views and our emotions vanish. Politics becomes all Id. All political discourse becomes reducible to anger and pain. Pain justifies anger. And frustrated anger is experienced as pain. Political victimhood and anger have made campuses hellish places. Workplaces are next, as Google’s firing of James Damore revealed.

The tantrums masquerade as civil rights causes, but unlike actual civil rights, no concession or accomplishment is enough. Instead acceding to a tantrum worsens it because its cause is internal, not external, and surrendering to it only increases the scope for the personalization of the political. That same phenomenon has destroyed campuses. And if it isn’t stopped, it can destroy a civilization.

Book Review:  Out of the Shadows: Exposing the Power of Bible Women