“The racist president who is a supremacist — white, who does not like Blacks, does not like the Chinese, he does not like the Muslims, he doesn’t like the Hispanics,” Vicente Adolfo Solano declared in Spanish, standing in front an ISIS flag. “In the name of Allah and our leader, Abu, we are going to defeat you.”

Solano, a 53-year-old Honduran living in Miami, seemed like an unlikely candidate to join ISIS. 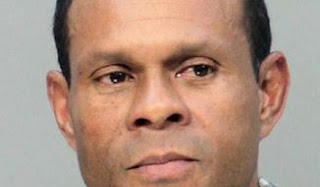 But there he is on video lashing out at President Trump. Solano was resentful over his “temporary immigration status”. Hondurans living in the United States had been automatically converted to “refugees” after Hurricane Mitch in 1999. Temporary Protected Status for the eighteen year hurricane refugees expires in Jan 2018. And President Trump appears unwilling to extend it any further.

Even if Solano was here under TPS, he should still have been deported due to his criminal record. But instead he remained here, and was so furious at the country that had taken him in that he joined ISIS.

Solano was caught with an inert pressure cooker bomb at the Dolphin Mall. His goal was to set off the bomb in the crowded food court to kill as many Americans as he could. Black Friday, the day after Thanksgiving and the start of the Christmas shopping season, was to be a day of unforgettable horror.

“I am going to plant a bomb like in Boston, in the name of Allah,” he had declared. “Like in Boston, like Suarez wanted to do in the Keys, that’s how they’re going to get it, and even worse.”

The Boston Marathon bombing is familiar to most Americans. Harlem Suarez is more obscure. But it’s not hard to see why Solano would have identified with the Latino Islamic terror convert.

Suarez had been sentenced to life in prison this year for a plot to detonate a backpack bomb on a Key West beach in Florida. “Kill our enemies and convert to Islam now in USA,” Suarez had urged.

“We will destroy America and divide it in two. We will raise our black flag on top of your White House,” he had boasted in a video.

The judge who sentenced Suarez had dismissed him as a clown. His family and the media had suggested that this was yet another case of the FBI entrapping a “naïve” young Muslim. And that wasn’t hard to do considering the emergence of some of his attempted ISIS recordings which began with, “In the name of Allah, the most — uh, wait, hold on. F___!” But the Solano case shows that he has become an inspiration to Latino converts to Islam. Suarez had desperately wanted to recruit other terrorists.

Bombing the Dolphin Mall had originally been Suarez’s idea. He had suggested planting bombs there to an undercover informant. Now one of his fans actually tried to follow through with the idea.

Solano and Suarez aren’t aberrations. Also this year, James Gonzalo Medina pleaded guilty to a bomb plot aimed at the Aventura Turnberry Jewish Center. He will likely be sentenced in November. His lawyers and the media tried to blame a ‘brain cyst’ and assorted flavors of mental illness. But it wasn’t mental illness that caused Medina to change his name to James Muhammad.

“I feel that I’m doing it for a good cause for Allah,” he had explained.

In one of his videos, Medina/Muhammad had declared, “I am a Muslim and I don’t like what is going on in this world. I’m going to handle business here in America. Aventura, watch your back. ISIS is in the house.”

The Muslim convert had originally plotted a shooting attack against the Jewish Center with an AK-47. He told an undercover agent that he was “comfortable” killing women and children. He had discussed, “going to a synagogue and just spraying everybody… cause we’re Muslims.”

He finally settled on a bombing and was arrested on a Friday night with an inert explosive device. 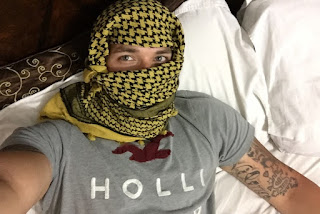 Medina, like Solano, had a criminal record. Like Suarez and Solano, his lawyers will probably try to blame mental illness or some variety of mental incapacity. But there is something else going on here.

All three Islamic terrorists were quite vocal about their motivations and agendas. All three were Latino converts to Islam. And while the media has attempted to minimize the threat they posed, there’s no obvious difference between them and fellow Florida Jihadist Omar Mateen who managed to murder 49 people at the Pulse nightclub in Orlando with a plot as violently unlikely as theirs.

After the Pulse massacre, the media shaped the conversation around homophobia and traded discredited fake news conspiracy theories about Mateen’s hypothetical homosexuality. All of this was a convenient way to avoid discussing the ongoing threat of Islamic terrorists down in Florida.

Suarez was a waiter. Medina was a glass installer. Solano was a painter. All three men were near the bottom of the economic ladder. And they had found a way to link Islam to their own resentments.

Solano hated America. His diatribes at President Trump and America embodied his resentment over his temporary immigration status. He blasted Americans as “invaders of this country who came to this country to kill all of the Indians. They abolished them, and now they’re telling us to get out of here. They are the ones who have to leave.” Medina hated Jews. Suarez was as ambitious as he was inept, spending all his money to buy status symbols that he couldn’t afford. And dreaming grandiose dreams.

The Islamic State provided men like these with outlets for their resentment and grandiosity. Solano’s immigration fuming, Medina and Suarez’s failures could all be rolled into the Jihad.

It would be a grave mistake to think of their terror plots as having nothing to do with Islam.

From its first days, Islam was built on harnessing the grandiose fantasies and violent resentments of its leaders and followers from Mohammed on down. Islam was always about settling scores, with more successful merchants, with the Jews, the Christians, other families and tribes, poets and empires.

Resentment, not religion, is the secret fuel of Islam. It has always been a religion whose greatest appeal is to the resentful, the aimlessly violent, the shiftless and the egotistical. Westerners have come to think of religions as theological. Sometimes as cultural or tribal. But Islam is emotional. It tells men like Suarez, Solano and Medina that they are great men on a mission from Allah to change the world.

Suarez fantasized about recruiting other Muslims to a cause. 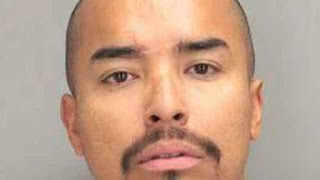 “We are going to defeat you,” Solano threatened.

The grandiosity and its accompanying collective identity is the appeal of ISIS. Any Solano, Medina or Suarez, a painter, a waiter or a glass installer, can suddenly become the leader of a phantom army.

The expanding Jihad with its numerous emirs has always understood that. The plotters may look like buffoons to us. But the difference between a buffoon and a monster is success. If the 9/11 hijackers had failed, their plot to destroy the World Trade Center, the Pentagon and the White House using boxcutters would have seemed hilarious. Had Omar Mateen’s plot been broken up early, the media would have dismissed him as a delusional idiot whose terror plots were nothing more than empty fantasies.

Suarez may have been a buffoon. But he has already inspired one terrorist plot. How many more will there be?

Florida has an Islamic Latino terror convert problem. And it needs to be addressed before it’s too late.