We hear a nearly non-stop cacophony of noise and outcries regarding bullying these days. But what are we really talking about here? Bullying has been around forever. While not clearly documents, I doubt it started much after mankind discovered useful purposes for fire.

Truth be told, bullying today would be far less of an issue than what it is if it were not for what I would call the “wussification” of our children and the obsession of those children’s parents with the belief that nothing in the slightest bit distasteful should ever cross their children’s path in life from cradle to grave.

We have so insulated our children from failure and unpleasantness that they have become completely ill-equipped to deal with their emotions or anything that disrupts their peace-of-mind.

When I was a kid, I was pretty much a typical nerd. Oh, I was pretty good at baseball, but had disagreements over my ability to play the sport because my music teacher saw me as a gifted pianist and was afraid that I would hurt my little fingers. Yeah, really. To her credit, my mother prevailed in allowing me to play for which I am grateful, but that was not the end of my problems. I experienced being beaten up several times before I got to high school simply because I faced punishment for fighting if I came home with evidence of it showing. It made me far less motivated to fight back. Of course, in the fifties we didn’t have “cyber-bullying” because we didn’t know what “cyber” was yet, but had we had access to the internet back then, I would likely have had to deal with that form of bullying, too. It is how we deal with it that makes the difference.

The above is pointed out, not as a means of self-embarrassment, but, as a means of stating that I lived through it. I was not maimed for life by it. I did not threaten suicide because of it, nor did it taint my life in any noticeable manner. I enlisted in the Air Force after high school, served in SE Asia, returned, had children, had two careers, and retired modestly with a still burning desire to contribute to my community and society generally. The bullying might have helped shape my character, but it certainly didn’t ruin my life.

So, what is behind that crisis of bullying with which our society today struggles to understand? Children, today, are faced with some truly radical and intimidating obstacles: Be popular, go to college, be attractive, be smart, be prom queen/king, it goes on and on. It was no different sixty years ago. There are only so many children who are capable of any of those things. Competition builds with scarcity of prizes and prevalence of contestants. Someone must lose. In fact, most of them will lose one or more competitions in their lives. 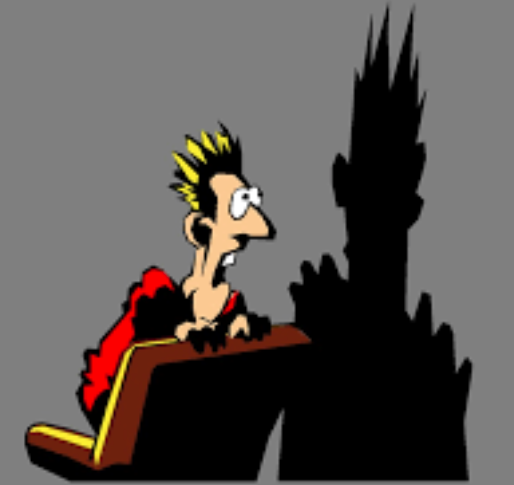 First, we destroy the incentive to compete. Kept within the bounds of the rules of the game in question, competition is a motivating force, not something to be degraded. Second, praising someone for losing makes losing no different than winning – also killing any incentive to compete. The result, again, is a destruction of the personal drive to succeed. Why succeed when I get the same reward that the winners get but don’t have to work as hard for it? Third, those surrounding the less capable participants still know who they are, and also know that they are fair game for some teasing and bullying simply because they do not have the motivation to resist – to fight back. They have been conditioned to not defend themselves. As a result, those abused tend to act out or withdraw to a state of depression or worse. It has manifested itself in extreme behaviors ranging from murder to suicide and everything in between.

Psychologists have done a good job of pushing the “reduce aggressiveness in your child” approach since Dr. Spock began the movement in the 1950s. Protecting self-esteem being considered more important than self-respect. It has grown to the point now, egged on by academia, our schools, and those with a pacifist mind-set that many of our children are poorly equipped to function in the rough and tumble “real world” that they face when they finally struggle out the door of their last classroom and view the world as a far more hostile environment, further handicapped by a mountain of debt getting to that door. Is it any wonder that so many kids are choosing to end their lives rather than face another day of bullying. 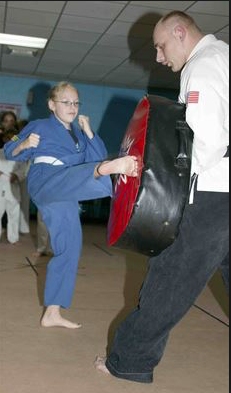 The bottom line to all of this is that 60 years ago, if you got picked on, you fought back. It was expected that you defend yourself. If you didn’t, you continued to get picked on. Fighting back didn’t amount to killing anyone…it amounted to defending as best one could until the picking ended. Sometimes a bully needs a good dose of what he/she is dishing out. The difference today is that the one who fights back is made to be the bad kid…the aggressor. That is neither good for the kid nor society in general.

Teaching children to defend themselves (asking for assistance when necessary, but attempting to resolve the issue on their own at first) provides them with much-needed self-respect. Self-respect comes from knowing that one can defend him/herself while still behaving within the bounds of reasonableness. There is nothing wrong with meeting force with force. There is nothing wrong with competition, and there is no reason we should be having this crisis of bullying and the severe aftermath to such incidents other than the way we are taught to raise our children.

Perhaps if so many of our families were not missing a critical component – a father – we would have a more balanced view of parenting than is currently the case. Perhaps if we had not replaced God with our own judgement of right and wrong, in our schools and our homes, we would have a more stable society. That, for our society, is truly sad on both counts. It is even more devastating for the generations that follow us.