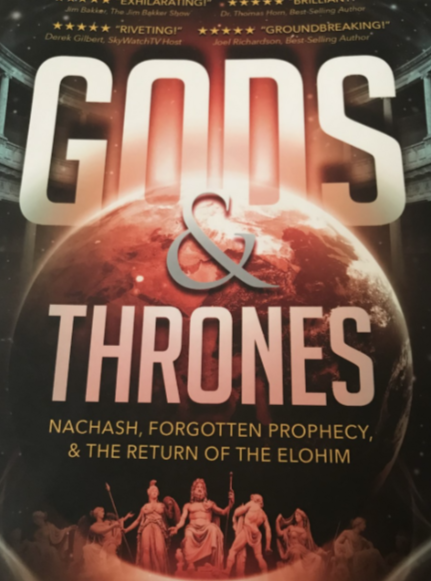 Our Western culture has lost interest in and knowledge of the spirit world and the supernatural. And why not? We are too busy looking at our phones or engaging in social media to care much about God’s word at all it seems. We are often blinded to, even as Christians, the reality of the spirit world. Even while quantum physics is opening up new understanding of the unseen world (and how it points to the creator), most are oblivious to it, only being able to see what is in front of them. But Paul tells us in Colossians 1:16 “For by him all things were created, in heaven and on earth, visible and invisible, whether thrones or dominions or rulers or authorities—all things were created through him and for him.”

In his new book “God’s and thrones” Pastor Carl Gallups seeks to teach us and elevate our understanding of our world beyond the material. In this informative and eye-opening read, he pulls back the curtain and takes us on a journey into the spirit world from the pages of the Bible.

A former police officer, Carl Gallups has been the Senior Pastor of Hickory Hammock Baptist Church in Milton, Florida for over 30 years. He is a radio talk show host and a commentator for World Net Daily.

In my recent interview with him, he states his purpose for writing the book:

Everything that’s in this book has been stuff that I’ve been teaching and preaching one way or the other over the (last) 30 years. But it’s only been in he last several years that I’ve begun to pull it together to connect the dots from Genesis to Revelation into this unfolding story about what’s really happening in our world, in our lives, in our culture, in the halls of of our governments around the world. What is really happening on the geopolitical scene that ties directly into the prophetic realm. What’s really happening, the powers behind the thrones of the world. I go all the way back to the Garden of Eden and unravel that whole thing and move right on through to the flood and everything that happened before that. And move right in to the whole spiritual dynamic of where we are today. When I started teaching that several years ago in that fashion it was transforming the life of my church. And my people begin to dig deeper and they were asking questions and they were coming to me and saying ‘I see it everywhere I go in the scriptures now; you’re right there is a thread that connects all of this from the beginning to the end.’ That’s when it hit me that I really need to get this out to the world.”

In “God’s and thrones” he addresses many questions including the following:

“Gods and Thrones” will transform the way you look at the world around you to one that was understood by the Jews of the Old Testament and the early church of the New Testament. You will have a clearer understanding of the spirit world and a newfound appreciation for the glory of God and all his creation. And as Paul reminds us in 2 Corinthians 4:18:

For a more detailed review of “Gods and Thrones”, you can hear my recent interview with Pastor Gallups here.

Review: If Cheese Made You Thin I'd Be Invisible By Now