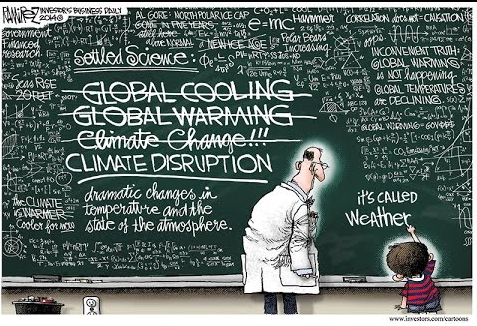 Recently Bill Nye sat down for an interview on Salon Talks about the new documentary titled “Bill Nye: Science Guy”.

First a little background on Bill Nye might be helpful.

Dave Alvarado, one of the documentary’s director says this about Bill Nye: “Bill is a professional actor and so he is acting but he’s also portraying himself. So his acting is acting like himself. So where is the real Bill?”

The question would be who, not where? From Wikipedia:

“Nye began his career as a mechanical engineer for Boeing Corporation in Seattle, where he invented a hydraulic resonance suppressor tube used on 747 airplanes.[3] In 1986, Nye left Boeing to pursue comedy, writing and performing jokes and bits for the local sketch television show Almost Live!, where he would regularly conduct wacky science experiments. Nye aspired to become the next Mr. Wizard and with the help of several producers successfully pitched the children’s television program Bill Nye the Science Guy to KCTS-TV, channel 9, Seattle’s public television station. The show—which proudly proclaimed in its theme song that “science rules!”—ran from 1994 to 1999 in national TV syndication.”

You can add to this Bill’s comment: “And I spent some time now learning about philosophy and meta-physics.”

No where in the above descriptions do you see the words “meteorologist” or “climatologist”.

Over the last several years he has been an outspoken advocate for human caused climate change and in the course of the this interview continued to advance that viewpoint.

When asked about the future of science and climate change, his immediate response was, “Well, what I tell everybody is vote.”

This is very revealing. I thought science was about making discoveries and testing hypotheses. Why would politics have anything to do with it? But that is exactly what science (and especially global warming science) has become – a tool for governments to exert more control over the people.

On where the disconnect is coming from (between climate “science” and the public), the Science Guy says, “It’s from the fossil fuel industry. That’s my opinion. They have worked so hard to introduce doubt.”

This is ridiculous. So when the IPCC and NOAA corrupt data that doesn’t fit the global warming template, that doesn’t contribute to doubt (and of course, fraud)? How about Al Gore leaving out the data from the little ice age to create his hockey stick graph in his so-called documentary “An inconvenient truth”? These are examples of propaganda, not science, and it’s not the fossil fuel industry promoting it.

On when the current climate change science originated: “In the modern era climate change was discovered, in my opinion, like in the 1970’s. And we’ve done virtually nothing about it in all this time.”

He actually is correct here. In 1975, Newsweek published a story called “The Cooling world” in which dire scenarios were predicted:

“There are ominous signs that the Earth’s weather patterns have begun to change dramatically and that these changes may portend a drastic decline in food production – with serious political implications for just about every nation on Earth.

The evidence in support of these predictions has now begun to accumulate so massively that meteorologists are hard-pressed to keep up with it.

If the climatic change is as profound as some of the pessimists fear, the resulting famines could be catastrophic. “A major climatic change would force economic and social adjustments on a worldwide scale,” warns a recent report by the National Academy of Sciences, “because the global patterns of food production and population that have evolved are implicitly dependent on the climate of the present century.”

“Climatologists are pessimistic that political leaders will take any positive action to compensate for the climate change, or even to allay its effects. They concede that some of the more spectacular solutions proposed, such as melting the arctic ice cap by covering it with black soot or diverting arctic rivers, might create problems far greater than those they solve.”

Then, as now, it was the government that was promoted as the answer to the solution. None of the predictions of doom and gloom from that report have occurred. Nor have any of the ones from the global warming advocates over the last 3 decades. Bill Nye says we haven’t done anything about it yet the planet goes on and the latest warming ended around 1998. Sounds like nature charted its own course, as it always does. Maybe we should stop listening to the alarmists.

A couple of final comments by Mr. Nye taken from the trailer for the documentary: “These people who are denying science, especially denying climate change, we just can’t have this”

This is a subtle tactic of those pushing this global warming agenda. No one denies that climate change occurs. It is always ongoing. What is being “denied” is that humans have directly caused it. Since the planet has gone through repeated cycles of warming and cooling long before the invention of the combustible engine and modern technology, it stretches credulity that we are to blame. And just for the record, some of the “people” that he claims are denying science are Roy Spencer (Ph. D. in meteorology) and John Coleman, founder of the Weather Channel. And more than 30,000 others.

“If we raise a generation of kids who can’t think critically, we are headed for trouble.”

We have already done this by pushing global warming propaganda and calling it science and claiming “consensus”, something that does not exist in science.

It is time for a return to real science that is not politically motivated (or financed) not only here in this country but globally.

Daniel Greenfield: The Personalization of the Political