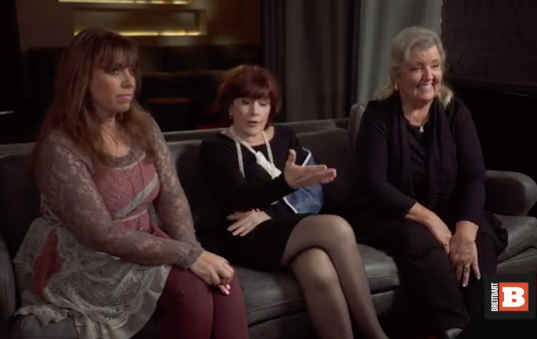 In an exclusive video interview recently recorded at the presidential suite of the historic Watergate Hotel, the victims of Bill Clinton’s alleged sexual assaults – Juanita Broaddrick, Kathleen Willey, and Paula Jones – blasted the mainstream news media while praising Matt Drudge of the Drudge Report, as well as Breitbart News for fairly reporting on their stories.

The women recalled how Drudge on January 17, 1998 broke the story alleging Newsweekwas sitting on a bombshell news item that White House intern Monica Lewinsky was having an affair with President Clinton.

Stated Broaddrick: “Drudge was my hero. Absolutely my hero during all of that time. I could go to Drudge and know what was going on or you could go to the mainstream media, which Drudge now is. I mean they blasted him. This man stood up for us. Matt Drudge is our hero.” Willey and Jones expressed agreement.

“No, they are saying crawl back in the woodwork where you belong,” stated Broaddrick.

“Exactly. You are just women,” continued Willey, referring to what she said was the media’s poor treatment of Clinton’s sexual assault accusers. “And you are bimbos. And you are trailer trash. And you are sluts. And nobody cares what you have to say.”

“You do not matter,” stated Broaddrick. “Go back where you were.”

The three women made the statements during an until now unreleased section of an extensive video interview recorded last month.

“I want to apologize,” Baher said earlier this month, the day after she made the controversial comments. “I never, ever intend to belittle sexual assault and the women who are victims of it ever… I made a joke… I’m sorry.”

Baher made the remarks in question during a discussion about Donald Trump bringing Willey and two other Clinton sexual assault accusers, Juanita Broaddrick and Paula Jones, to the second presidential debate earlier this month.

#MAGA U.S. Growth On the Rise