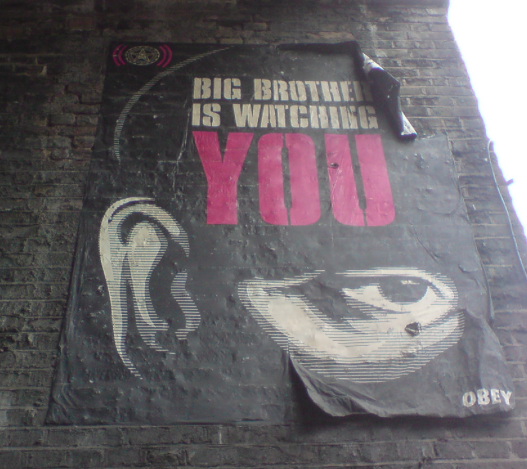 Call me paranoid if you will, but paranoid people have enemies, too, and the enemies of freedom never quit their efforts to control. While I don’t have any direct knowledge of what is being done in this situation, I find it compelling enough to sound the alarm as this issue has been smoldering just below the surface since the early days of the “Common Core” debacle.

My concern stems from an item included in Politico’s Morning Education email message I received recently. The post pointed out that the National Assessment of Education Progress (NAEP) test – AKA the Nation’s Report Card – would go digital next spring when it is next administered to our children.

On the surface, this might appear to many as a great thing. After all, nearly all communication and course work these days is delivered or handled digitally, so why stick with an antiquated paper and pencil test? The answer is privacy.

A friend and I spent nearly two years fighting for a more aggressive policy for the West Virginia State Board of Education regarding the handling of student-related data – particularly data that might be traceable back to an individual student. Recall that during the period of 2012-2014 much was being made of grants being offered to states intended to assist in developing national student databases that would follow individual student progress nearly from cradle to post-educational success or failure in the real working world. Many saw that as a means of channeling students into pigeon holes that would limit their career choices later in life. Others saw it simply as another federal overreach that needed to be stopped in its tracks. There were no established safeguards as to how that data would be used. Few saw the need for the federal government to have personal data on every individual student.

The result of that two-year effort was the successful adoption of a student data privacy policy that wound up being used as a model for several other states. It strictly prohibited personally identifiable information about a student from being provided to anyone outside the state or local district education system without the specific written permission of the student or his/her legal guardian. Permission has to be obtained for every instance, rather than just one blanket release signed at the beginning of the school year.

All student data at the state level in West Virginia is stored on a discrete system that cannot be accessed from outside the physical walls of the Department of Education (no network connections= no hacking). Every request requires the work of a programmer to customize a report providing only aggregated data with all identifying information about individual students removed. The data is burned to a CD and the requesting party must sign an agreement that it will be secured and specify who will have access to it. The agreement even specifies that the CD cannot be inserted into any computer connected to a network.

I thought after that policy was approved and the procedures written and issues that the problem was finally resolved. However, with the digitizing of the NAEP test, I wonder whether the federal Department of Education and its off-shoot, the National Center for Education Statistics might have done an end run around the resistance to data collection efforts on an individual student basis.

Believing that constant vigilance is the only means to safeguard our personal rights, including those of property as well as privacy, I am suggesting that parents and community leaders should pay attention and ask question about how their school systems intend to ensure that personally identifiable student data is protected. Perhaps there are safeguards in place, but unless the hard questions are asked, how will we know?

If local policies are in place that provide a number for each student, and only the number is used within the test, and the list containing student name/number attributions are secure within the student’s local district, then maybe taking the test could be considered relatively safe. Once the test is concluded, that list could be destroyed.

It is time to be asking questions now rather than next spring when it is probably going to be too late. Don’t let them blow you off. Make them show you how they will protect your child from the prying eyes of those in and outside of government who desperately seek data on our children’s views, habits and knowledge for their own purposes.

Daniel Greenfield: Blood on the Left's Hands in Manhattan