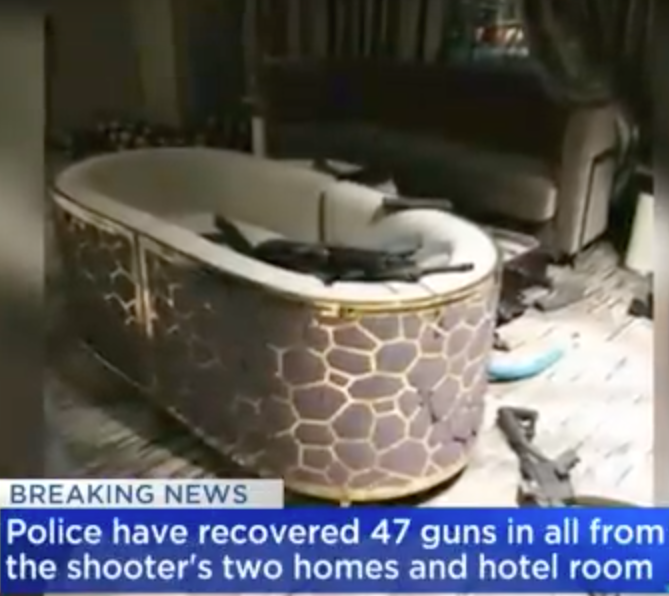 STEPHEN Paddock could have spent more than 20 years plotting his devastating attack on innocent people in Las Vegas, police have revealed.

Officials also believe Paddock may not have acted alone.

Sheriff Joseph Lombardo said: “At face value he had to have some help at some point and we want to ensure that that’s the answer

“Maybe he was a superhuman who figured this out all on his own but it would be hard for me to believe that.”

Police confirmed the shooter “meticulously” planned his strike on the Route 91 Harvest Festival from his vantage points in the Mandalay Hotel.

Officers, who are investigating the double life of the cold-blooded killer, believe he spent decades acquiring weapons and living a “secret life”.

Police also told a news conference that 317 of the 489 people injured in the Las Vegas shooting have been discharged from hospitals.

His former girlfriend Marilou Danley has confirmed she had no idea Paddock was going to carry out the deadliest mass shooting in modern US history.

She arrived in the US yesterday and spoke to FBI officials after flying in from Manila after the attack.

Speaking through her lawyer, Ms Danley said: ”I loved him and hoped for a quiet future together with him.

“He never said anything to me or took any action that I was aware of, that I understood in any way to be a warning that something horrible like this was going to happen.

“A little more than two weeks ago, Stephen said he found a cheap ticket for me to the Philippines and that he wanted me to take a trip to see my family.

“Like all Filipinos abroad, I was excited to go home and see family and friends.

“While there, he wired me money which he said was for me to buy a house for me and my family.”

16 Unanswered Questions About the Vegas Massacre

Not in Texas! Two Teens Thrown Off Team During Game for Taking Knee During Anthem