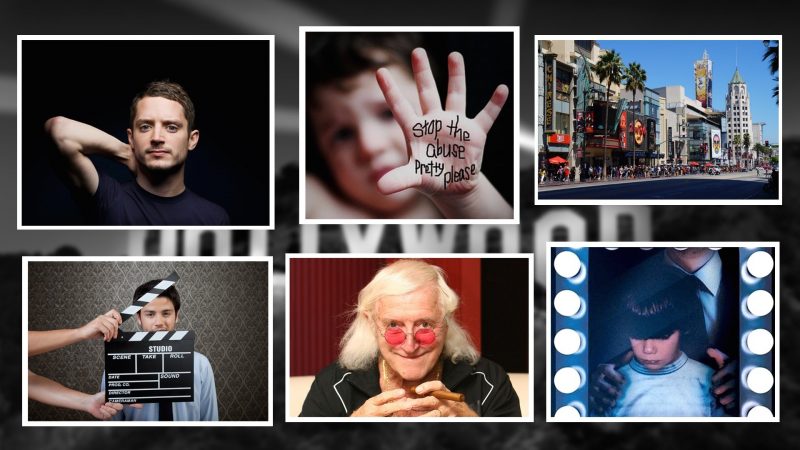 I spent over fifty years of my life working as a Hollywood actress.  From the age of five, I have probably seen and heard everything and trust me, it has never been pretty.  All of this “well known” information about Harvey Weinstein is nothing new to me.  It has been a “dirty little open secret” for over thirty years yet now, for some reason, actresses are speaking out and finally going after this disgusting predator.

Hollywood and the entire entertainment industry is a strange place.  Instead of kings, queens and Royal families, we have movie stars, celebrities, and performers who become larger than life and are subject to hero-worship which is an intoxicating and dizzying thing.  We all know the history of Hollywood and how innocent, starry-eyed young folks get off the bus at Hollywood and Vine with the hope that they will be discovered and become famous.  It has been going on since the first Kinetoscope projected images through a peephole for people to watch and it seduced many to follow that dream of attaining stardom.

From the moment studios were built and movie moguls ruled, there has always been a power play.  The men with the money, power and ability to create “stars” have always held all of the cards.  They could, if they wanted to, make or break a performers dreams and they knew it.  They have always known it.  This type of power is abused in the entertainment industry more than any other (except maybe politics) because the beautiful, young and naive people who seek money and fame are so easily seduced.  Like lambs to the slaughter they are promised riches and fame beyond their wildest dreams, but in many cases, there is a price to pay.

This seduction has permeated the business.  Some (by no means all) producers, directors, casting directors, agents, famous actors have used their power and influence to intimidate eager, anxious performers who want this brass ring more than anything in the world and they dangle it in front of them, just out of their reach.  Promises are made for sexual favors and threats are made if those favors are made public.  In other words, “I’ll destroy you if you speak of this.  Your career will be over.” In many cases, they can do just that.  But like the man behind the curtain in The Wizard of Oz, some of these so-called powerful people are all talk and no action.    I know, because I was told on numerous occasions that I “would never work again” if I walked out of their office without giving favors. Having been around as a child actor, I knew that old line and walked out the door.  I think I did alright in my career without compromising my values.  No Academy Awards and no mega-fame, but I made a great living and have a nice resume.

The sad and untold story in all of this is the fact that this continues to go on and in some cases it is much worse than the Weinstein story.  For instance, the abuse of children in this business needs to be highlighted and it needs to be stopped.  Child labor laws are lax when it comes to enforcement in Hollywood.  No one wants to dig into the dirty little secret of pedophilia that runs underground.  Boys as well as girls are being exploited and made to do questionable things onscreen as well as off.  Producers put pressure on young women to “emancipate themselves” so that they can do roles that would require someone over 18.  Out of state production is extremely abusive and the producers hide behind the fact that after the film is over they can just pack up and leave.  Auditions are being held in directors homes where situations like the Roman Polanski incident took place.  And for drugging and raping a 13 year old, Polanski is awarded and honored by the Hollywood elite.

The sick and twisted element in Hollywood is always protected.  They circle the wagons and look the other way for fear that their own dirty secrets will be exposed.  Only when it becomes obvious that there is no way out will they condemn one of their own.  The young people who succumb to this abuse take the money, take the fame and anesthetize themselves with drugs or alcohol to forget how they sold their souls to the devil.

It is extremely difficult for the good people in Hollywood to have to be lumped in with the “swamp” that outnumbers them.  They do rise above it though and there are many out there who are fighting the good fight to bring “entertainment” back to the entertainment industry.  It has reached the depths and now the swamp needs to be drained.  We all need to speak out and expose the dark side, protect the good people, and make Hollywood great again.

Executive Order: When the Pen Is Mightier Than The Sword