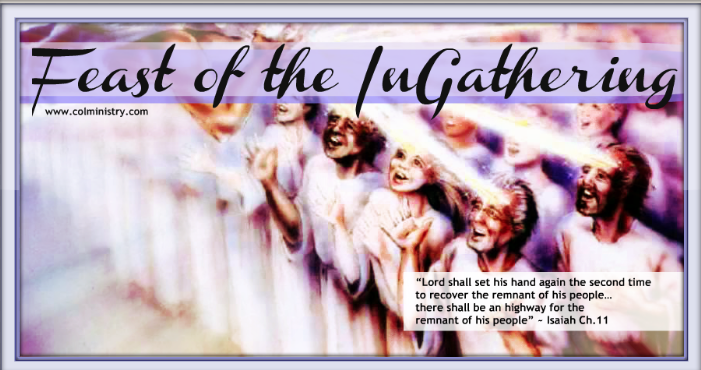 “Even if you have been banished to the most distant land under the heavens, from there the Lord your God will gather you and bring you back.” — Deuteronomy 30:4

For Jewish boys, there is one life event that is not shared by those of the gentile persuasion — the bar mitzvah. According to Jewish law, before the age of 13, a boy’s father is responsible for his actions religiously, but when Jewish boys become 13 years old, they become accountable for their own actions and become bar mitzvah.

Unfortunately, within the past few decades the bar mitzvah has, for too many Jews, ceased to have its religious meaning and has become an excuse for an exercise in wretched excess, designed solely for the purpose of demonstrating to the world at large the extent of disposable wealth possessed by the bar mitzvah boy’s family. There are numerous stories of families throwing parties by renting entire baseball stadiums, hiring headline rock bands and going to ridiculous lengths to outdo their friends in the art of conspicuous consumption.

My family does not follow this recent custom. On August 14 of this year, my grandson, Joshua, celebrated his bar mitzvah in Israel on the top of Masada, the mountain redoubt built by King Herod in the first century B.C.E., which was the scene of a heroic and horrific stand by the last defenders of Judea against the Romans in 74 C.E. (See my column, “The Lesson of Masada,” in the August, 2016 issue of the Charleston Mercury. According to Flavius Josephus, contrary to the common practice calling it a “mass suicide,” only one person took upon himself the enormous sin of suicide. The others were killed by their leaders to avoid that most egregious of sins.)

My own opinion for many years has been that to use Masada as a site for celebrations was wrong. It would be to celebrate in a cemetery, a place that should be reserved for solemn and holy reflection. It was Joshua who changed my mind about this place. He was adamant about celebrating his initiation into the Jewish adulthood there. Thanks to Joshua, I came to realize that those who died at Masada died because they refused to cede to anyone their G-d-given freedom to determine their own futures. According to Joshua, Masada symbolizes the refusal of the Jewish nation to put their fate in the hands of others and he made me see it that way. Instead of believing, as I had, that it was inappropriate, I came to see that his bar mitzvah on that mountaintop was as perfect as it could be and my pride in the fact that he had given significant thought to it; that it meant so much to him, could not have been greater.

So, there we gathered, at the top of Masada, above the Dead Sea, in the Judean desert and my grandson Joshua joined his forefathers as a religiously responsible member of the Jewish people. It was one of the most meaningful and joyful moments of my life. The chain of Jewish existence was forged for another generation of my family. But my grandson’s bar mitzvah had an even deeper meaning. Just prior to the bar mitzvah ceremony we had visited Yad Vashem, the memorial in the Jerusalem hills to those who had perished in the Holocaust. At Yad Vashem, my grandson was told of a boy just like him — a boy of 13 who did not survive the Holocaust, a boy who did not have the opportunity to celebrate becoming bar mitzvah — his name was Mendel Levitt and my grandson Joshua was to be his proxy. Joshua stood at the top of Masada and became a responsible Jew, not only for himself, but for Mendel Levitt, whom he could never know, but whose name lives on in Joshua’s soul. This lost Jewish boy, who was one of the 6,000,000 Jews (1,500,000 of whom were children) who had been murdered by the Nazis will not be forgotten. Joshua’s life as a Jew will be linked with Mendel Levitt for as long as he lives.

That evening, we had a small dinner party at a venue in Jerusalem and our families in Israel were well represented. Both my wife and I have large families there. Unlike the overwhelming majority of people today, we are incredibly close to our cousins there. They are second and third cousins, but we are as close as families can be. (My cousin — first cousin, once removed — Rabbi Shloimeh Schwartz, stood to remind us that he had been present at my bar mitzvah in Brooklyn in 1957, at my son’s bar mitzvah in Jerusalem in 1984 and, now, at Joshua’s bar mitzvah). We are the living proof that Hitler and his unspeakably vicious minions failed.

Our families all have stories that read like novels written by Belva Plain.

My family escaped the Nazis by a series of harrowing escapes, were interned on Cyprus by the British after the War (see Exodus by Leon Uris) and finally made it to Israel right after Israel became a Jewish state and opened its arms to the exiled Jews after so many centuries of wandering (my grandfather, the eldest brother, had come to the United States in 1910 and heard nothing from his family during the war years until he learned that they had found their haven in Israel and our family re-forged our bonds). I first visited Israel in 1965 and we have drawn ever closer over the years, celebrating our happy times and mourning our losses together. At his bar mitzvah, Joshua was wrapped in the prayer shawl that his great-great-great grandfather (the progenitor of our reconstituted family) had given to Joshua’s great-great grandfather as the train left the station in 1910. It was the last time that they would see each other. Now, in that prayer shawl, in the 2,00-year-old synagogue atop Masada, he was enveloped in the generations who have been reunited.

My wife’s surviving family also escaped the Nazis; most survived the Kovno ghetto while the two children were hidden by a righteous gentile, who risked his life to save these children (see my column, “Shifra’s Story,” in the May, 2015 edition of the Charleston Mercury). My wife’s cousin, Shifra, made her way to sanctuary in Israel and married an Iraqi Jew, who had found haven there after being forced to leave Iraq.

Throughout the years, both sides of our family in Israel have been fruitful and multiplied, have prospered and lived their lives happily in a country that was created to provide a secure home for my family and for the millions of other Jews who had experienced what they had and for the myriad of Jews in the future whom Israel safeguards from such horrors in the future.

Our families had been “banished to the most distant land under the heavens,” where they had been exiled from Zion for thousands of years. But Joshua’s bar mitzvah was the living evidence that G-d’s blessings on the Jewish people are real and that incredible miracles still occur in our time. Our celebration, was an absolute, irrefutable confirmation of the words of Deuteronomy quoted at the beginning of this column. G-d HAS “gathered” us and brought us back. This was one more manifestation of the Ingathering that G-d promised. If anyone questions the legitimacy of the state of Israel or its special place among the nations, the bar mitzvah of Joshua Adam Kaufman and Mendel Levitt, for whom he stood proxy, is the proof. If you forget the words of Deuteronomy 30:4, you are spitting in the face of G-d Almighty.