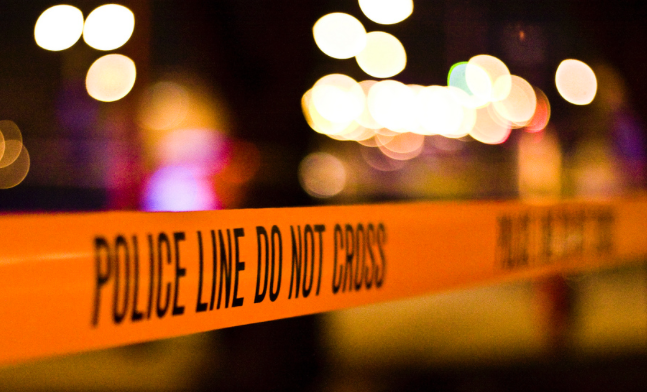 For the past week, the websites and news channels have been saturated with stories and commentary concerning the shootings in Las Vegas. It is likely to remain so for some time to come as politicians scramble to come up with their version of the magic bullet that will end such events forever in America.

That is unfortunate for several reasons that seldom get mentioned.

First, unfortunately, as many who fight and argue with the leftist among us know, gun control has been demonstrated to be nothing more than a means of hassling gun owners but has done little to reduce violence from firearms misuse. It’s about control, not guns.

The current hue and cry over “bump stocks” is a perfect example. These devices, contrary to the uninformed talking heads, do not turn semi-automatic firearms into fully automatic “killing machines.” The trigger on a semi-auto rifle must be pulled once for every cartridge expended. The bump stock simply allows the recoil from the preceding shot to move the stock in such a way as to make the shooter’s finger contact the trigger firing the next shot more expediently. Because of how it operates mechanically, a huge sacrifice in accuracy is the result.

The truth is this. The trigger cannot be pulled again until the firing cycle is completed. When you pull the trigger the firing pin hits the primer, the projectile heads for the target, the bolt is pushed to the rear from the force of the cartridge charge, and another cartridge moves from the magazine to the chamber and the rifle is cocked again. Only after all those things happen can the trigger be pulled again.

The ATF approved bump stocks during the Obama Presidency. It is likely that it was motivated by the Americans With Disabilities Act as they can allow someone with dexterity limitations in their fingers participate in recreational shooting or hunting where they might otherwise be precluded from those activities.

As a knee-jerk “solution” to the Las Vegas shooting incident, this is one that most shooters and apparently the NRA do not see as problematic because so few use the devices and it does not involve banning specific firearms. Taking such a position is truly unfortunate.

The brilliance of the founders in crafting the Second Amendment secured the other rights enshrined in the Declaration of Independence and our Constitution. It’s there for one reason – Tyranny.

By examining history, you will immediately see the pattern of behavior that is common to every tyranny ever perpetrated on mankind. Prior to the imposition of such tyrannies, the despots ensured that the citizenry were disarmed. The ability to resist is removed and then the tyranny cannot be defeated.

Every year that passes puts us closer to the tyranny of big government. F.I.S.A. courts, asset forfeiture, increasing taxation, land use restrictions, etc., are all pre-cursors to increasingly restrictive measure that reduce individual freedom in the name of security. Increased security is a favorite excuse of despots as they move toward complete control of a population. Meanwhile, the U.N. continues its effort to implement its Small Arms “Treaty” to make it even easier to collect privately held firearms whenever they see it as necessary. Yes, it can happen here…when citizens do not know the facts.

And finally, to address the title of this treatise, we come to one irrefutable fact. There is nothing anyone can do legislatively or as a community to prevent every single bad thing from happening. It is what keeps personal injury attorneys in business.

Everyone these days demands that government “do something” every time anything happens that is unfortunate, injurious, or downright catastrophic. These cries fail to recognize that our society operates on what could come close to the definition of classic chaos theory. There are so many variables that cannot be controlled that stopping every single problem is clearly impossible. Nowhere is this more obvious than shootings of the type seen in Las Vegas, Orlando, Newtown, etc. There are 360 million brains in America and few know what makes each one tick. When one goes off the deep end, even if a law banning bump stocks or magazine capacities over three were in place, it is highly unlikely that a law would affect the thinking of a demented brain.

Truth Number One – further restricting firearms or accessories does nothing to ensure that shootings will not happen again. The NRA is allowing itself to fall into a trap from which it will be difficult to free themselves. “ Ban bump stocks” – an accessory item. Then comes “Ban certain magazines” – an accessory item. See how it works?

Truth Number Two – Whether it is mass shootings, sports injuries, car crashes, or any other bad experience, there simply are no guarantees of 100 percent safety from them. Why is that? Because one cannot create a law for every possible thought or incident someone experiences, and only God knows what lurks in the minds of men.

Truth Number Three – The only way violence will be subdued in our society is through the unity that comes from God’s love entering our hearts. When one considers the size of our population, a huge number of people go through their entire life without hurting anyone – especially in a deliberate manner. The bad actors will be with us in the future as they have in the past. Laws will not change that. It is the nature of man.

Law Vegas was caused by the acts of one or more persons (we don’t know yet how many) intent on inflicting harm on a lot of people in a short period of time. Do we really think that anything written on paper would deter them from such a totally psychotic act? There just are no guarantees in this life. That is reserved for the next one.

Former FBI Agent: Facts That Point to Jihad in Vegas