We have all been horrified in recent weeks to hear about the actions of Harvey Weinstein. This man was (and his fall from grace has been deservedly near total, so this can hardly be said about him anymore) an influential director and producer in Hollywood, with enormous deciding power over casting in the lucrative movie industry. Weinstein knew this, and so did scores of wide-eyed, aspiring young actresses looking forward to working hard and making a name for themselves in the business.

To say that Weinstein “took advantage” of this gross power imbalance is a tragic understatement, and a disservice to his many victims. For not years, but decades, he exploited these young women, regularly harassing and groping 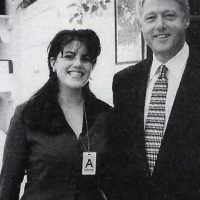 them as a habit. In at least one case, he invited an actress to his hotel room, and when she rebuked his overt sexual advances, pressured her into watching him take a shower. There is even more than a single allegation of him going further, into the territory of outright assault and even rape. Perhaps worse yet, it turns out that this was the worst kept secret in Hollywood; most actresses, actors, and others in the industry were well aware of Weinstein’s reputation for treating women as sex objects. That means this went on for decades, and nobody stopped it.

But this story is disturbing for reasons that reach beyond Weinstein himself. Because when this allegations first came to light (and the floodgates have really opened since then, so that over 30 women have now come forward), it was days before Hillary Clinton, that renowned feminist and champion of women’s rights, could be bothered even to speak out on the matter. During this time, the silence was deafening. And even when Clinton did finally say something, as Rush Limbaugh cleverly noticed, she spoke only of her horror at the “reports” of Weinstein’s crimes – not the behavior itself.

We’re left to wonder exactly why this was, though it’s hard to ignore the fact that prior to his downfall, Weinstein was a major financial contributor to Clinton’s presidential campaign (along with many other liberal causes). Clinton herself denied that he had ever given her “a lot” of money, which is a laughable claim in light of his nearly $50,000 in support of her White House bid, to say nothing of some $250,000 donated to the Clinton Foundation. But then, maybe Clinton really doesn’t consider this to be very much, since we also know she has taken millions over the years from countries whose records on women’s rights are suspect, to say the least.

Behavior like Weinstein’s really goes beyond politics. When a despicable sexual predator like this comes to light, it is incumbent on any human being of good morals to unreservedly condemn his evil actions – no matter which side of the political aisle they happen to be on. For Hillary Clinton, or anyone, to show any hesitation at all in calling this man out for the misogynistic criminal he is a profound moral failing on her part. Of course, it’s not even the first time she’s shown weakness in standing for what’s right, as her knees were always a bit wobbly when it came to the sexual exploits of her own husband in the Oval Office (to say nothing of allegations against him that were disturbingly similar to those now plaguing Weinstein).

Hillary’s shameful, scandalous escapades of her husband – past President Clinton is shocking. Hillary remained quiet while her husband the President of the United States used the White House as his own personal brothel, 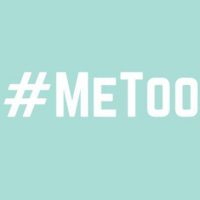 renting rooms out by the hour. As recently over the weekend Monica Lewinsky raised eyebrows when she tweeted the hashtag #MeToo, marking herself as a victim of sexual harassment and assault. Several women have accused Hillary Clinton husband of sexual misconduct, dating back to his tenure as governor of Arkansas. President Clinton has only admitted to having consensual relations with Lewinsky and Gennifer Flowers.

Where was Hillary’s voice then as these young women were raped in the peoples house?

It really shouldn’t be hard for anyone to call Weinstein’s behavior what it is, let alone for a so-called feminist. Clinton’s reluctance casts serious doubt on her character, regardless of anything she happens to believe in the political arena.

The Big Business of College Sports

Battle for the Soul of Western Civilization