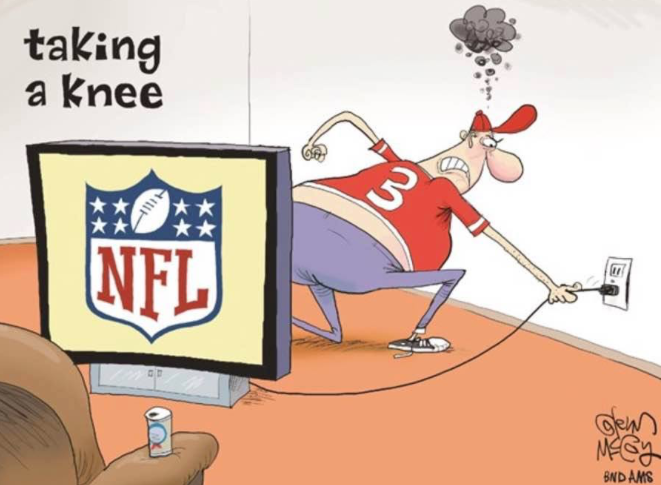 To me, and I am sure to many others who grew up watching football, what is happening to/in the NFL is very sad.

I started following the NFL closely in 1974 and cheering on the Dallas Cowboys. Ironically it was the one year in the 1970’s that the Cowboys did not make the playoffs. But I will never forgot eating Thanksgiving dinner that year and watching Clint Longley lead them to a comeback victory over their arch-rivals the Washington Redskins.

To a young boy of 9, football seemed larger than life. It was a magical stage that we became a part of as we watched our teams play. And even today thinking about it takes me back to a time and place long ago.

I vividly remember the “Hail Mary” pass in the 1975 playoff game between Dallas and Minnesota and the eruption of joy in our house when we realized Drew Pearson had caught the ball on his hip and backed into the end zone for a touchdown. I am sure other fans can remember similar stories about the teams they followed.

We rejoiced in their victories as if we were a part of it. And we had trouble sleeping that night if they lost. We loved “our” players and “despised” the opposition. It took a long time before I could like Terry Bradshaw. He beat my team (and my hero, Roger Staubach) twice in the Super Bowl!

I would devour any books about football history. I read about the legends with great names like Bronko Nagurski, “The Galloping Ghost” Red Grange, Elroy “Crazy Legs” Hirsch, Sammy Baugh and Jim Thorpe. I read about classic games like the 1934 “Sneakers game” and the Ice Bowl. About Joe Namath and his guarantee of victory in Super Bowl 3. I watched the NFL Film highlight shows with the deep narration voice of John Facenda. Monday Might Football was a phenomenon with Howard Cosell at the helm. Football was fun!

In none of these stories or games did I hear about players protesting ANYTHING. There was no politics involved in the NFL. The players came onto the field, entertained us while playing to the best of their ability and then they went home and prepared for the next game.

Over time the NFL has become more and more political to the point where it is a platform for social justice warriors. Fans like me just want to be able to turn on the TV and cheer for our teams without all the political drama. Is that too much to ask?

It is sad and heartbreaking to see the slow death of a once great and enjoyable institution.

Former FBI Agent: Facts That Point to Jihad in Vegas