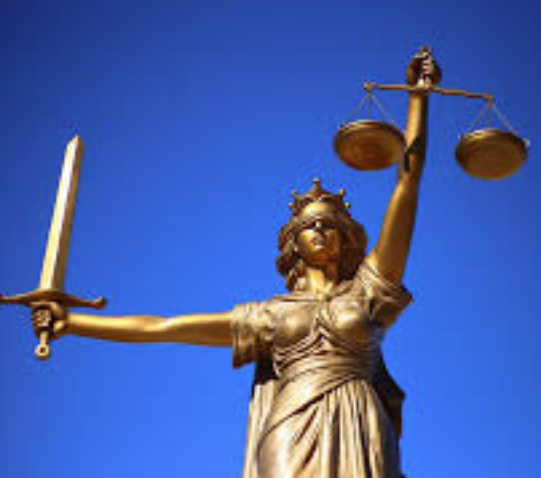 President Obama and Hillary Clinton have both looked up to and supported Saul Alinsky’s tactics, which have developed from Alinsky’s anti-Americanism book, Rules for Radicals. They learned about “controlling the poor” to accomplish Alinsky’s goals for America and they didn’t have a problem with the fact that Alinsky called American citizens “useful idiots.” One of Alinsky’s best tactics was to point out the weaknesses in one’s opponent while hiding one’s own.  This was to be accomplished even if it meant fabricating a story–and then it was to be repeated so often that eventually society believes it. In my past articles I have given numerous examples of this Alinsky tactic, but right now it has never been so clear or understandably evident, than with the recent “Russia collusion” claim and the wishful thinking of the left that the President is involved in some way.

Even Democrat Senator Dianne Feinstein showed a moment of honesty when she was asked a very direct question by Wolf Blitzer of CNN: “Have you seen any evidence of Russian collusion between the Trump campaign and the Russians?” Feinstein answered, “There are all kinds of rumors around, there are newspaper stories, but that’s not necessarily evidence.”

And yet, these same news networks, and the same left wing progressives, continue trying to paint their talking points into reality with hours of assumptions without being unbiased to the lack of facts. They choose to dialogue only about finger pointing the “what if” focus to their stories, instead of reporting the fact, that there has been no evidence found.

Now, with Manafort’s indictment and others soon to follow, we will still see that no connections will be made with the Trump campaign itself. But that’s not what will be reported, because a greater effort will be made to continue trying to link the events to the President himself, instead of any wrong doing by the Clintons or their foundation.

This investigation, which was pushed by the left, has without a doubt come forward with some actual evidence about the Clinton Foundation being in direct payment involvement with Russia on numerous connections, while Hillary was the Secretary of State. This is a blatant definition of collusion. The FBI recently released reports saying that the Russians had a campaign going, to get direct access with the Clintons and use their power for their own goals. In 2010, there were 10 Sleeper cell (Russian spies) arrests that the FBI said were too close to Hillary.

One of the most damning pieces of evidence that the Tea Party movement and others have been mocked for years, is “the deal” that Hillary oversaw when she sat on the Committee on Foreign Investment. There were 10 presidential administration officials who sat on that Committee, and they all signed off on the selling of 20% of the United States’ primary nuclear weapon making material, Uranium, to our nuclear adversaries, the Russians. There is no way that anyone in their right mind can defend this as being okay. Those committee members were past President Barack Obama; then-Secretary of State Hillary Clinton; Eric Holder, Attorney General of the Department of Justice; Tim Geithner, Secretary of the Treasury; Janet Napolitano, Secretary of Homeland Security; Robert Gates, Secretary of Defense; Ron Kirk, head of the Office of the U.S. Trade Representative; John Holdren, head of the Office of the Science & Technology Policy; Steven Chu, Secretary of Energy, and Gary Locke, Secretary of Commerce. This unmistaken oligarchy became too powerful, and those names–definitely above the law–became untouchable.

I have a friend who said,

“So Obama’s organization may have had a role in paying for bogus Russian intelligence (aka the Russian dossier, funded by the DNC and Hillary) that was used to wiretap Trump associates?

If this isn’t the scandal of the century then the word scandal is meaningless.

If selling nuclear materials to our enemies, using the national intelligence apparatus to spy on political opponents, funding fake information from foreign spies to smear a major political candidate are not punishable offenses…we have no Law anymore. If this corruption is not addressed, what is the point about caring about anything anymore?”

My friend makes two great points here: scandals are meaningless because the oligarchy is in charge of their investigations, and the rule of law is non-existent to the oligarchy, and used only as tyranny of the citizens. But to say that out loud is destroying one’s reputation within today’s manipulated society.

Our nation is inside out, and only the people can make it stop, by standing up against the erosion of everything that is good about America. General Kelly, the Chief of Staff, was correct last week, during his White House press conference, when he said,

“As a kid growing up, a lot of things were sacred. Women were sacred, looked upon with great honor. It is obviously not the case any longer… Life, the dignity of life was sacred, that’s gone. Religion, that seems to be gone as well. Gold star families, I believe, that left at the convention over the summer. But I just thought, the selfless devotion that brings a man or a woman to die on the battlefield, I just thought that, that might still be sacred.”

There are still many things to be proud of in our country.  One Nation Under God. Respecting all that is sacred in our nation, and all that represents it such as our flag. The national anthem. Mothers, wives, daughters.  God. Military, police, EMS.  Teachers. Blue and white collar workers. We the People. The Declaration of Independence. The Constitution and the Bill of Rights. It is still important to acknowledge right from wrong in our rule of law which is based on Judeo/Christian values. This gives us the Golden Rule and the three branches of government (when they operate the way they are supposed to).  There should be no divisions with diversity but only the Unity of all races, genders, creeds; a melting pot, a true E Pluribus Unum.

Let the rule of law, and Ms. Justice, truly be blindfolded when it comes to accountability in government investigations. Identify the criminals of treason and corruption in D.C., and let the gavel land where it should.

Contemplating America From the Window of a Train