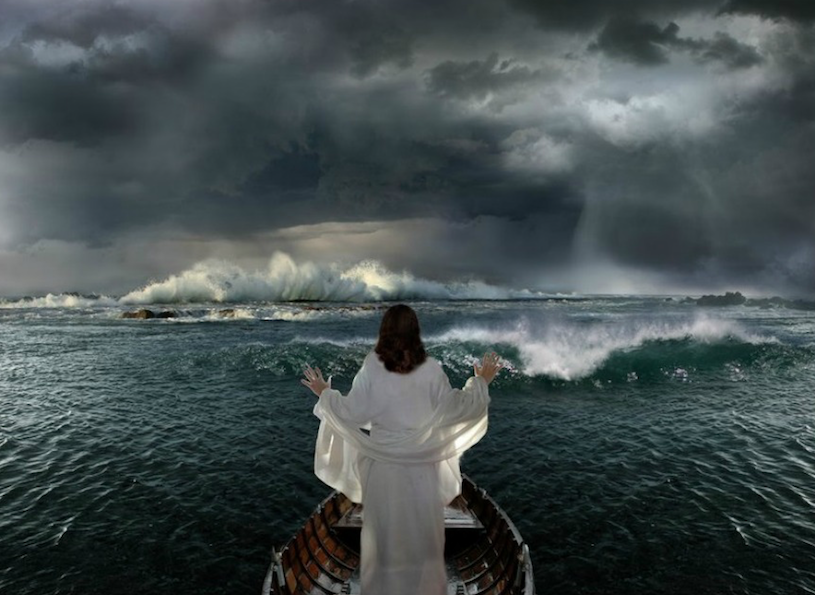 Recently I have been reading Timothy Keller’s book, “The King’s Cross – The story of the world in the life of Jesus”. It is wonderful journey through the book of Mark. One bible passage I found re-assuring was on Jesus’ power displayed in the calming of the storm. It is found in Mark 4:35-41:

35 That day when evening came, he said to his disciples, “Let us go over to the other side.” 36 Leaving the crowd behind, they took him along, just as he was, in the boat. There were also other boats with him. 37 A furious squall came up, and the waves broke over the boat, so that it was nearly swamped. 38 Jesus was in the stern, sleeping on a cushion. The disciples woke him and said to him, “Teacher, don’t you care if we drown?”39 He got up, rebuked the wind and said to the waves, “Quiet! Be still!” Then the wind died down and it was completely calm.40 He said to his disciples, “Why are you so afraid? Do you still have no faith?”41 They were terrified and asked each other, “Who is this? Even the wind and the waves obey him!”

How often have we asked variations of this question in our own lives?

God, don’t you care about the pain I am having to endure?

God, don’t you care that I don’t have enough money to make ends meet?

God, don’t you care that someone I love has died?

God, if you loved me, why is this happening to me?

Not only did Jesus make the wind die down (Quiet!) he also made the sea still immediately. It also reminds me of when Jesus ordered the demons into the pigs by simply saying “Come Out” of the man they were possessing. If Jesus has this type of authority then He can calm the storms in our own lives.

Jesus will enable us to stay calm inside no matter how the storms rage outside. Tim Keller compares this event to Jonah:

“Both Jesus and Jonah were asleep. In both stories, the sailors woke up the sleeper and said ‘We’re going to die’. And in both cases, there was a miraculous divine intervention and the sea was calmed. Further, in both stories the sailors became even more terrified than they were before the storm was calmed. Two identical stories with just one difference. In the midst of the storm, Jonah said to the sailors, in effect: There’s only one thing to do. If I perish, you survive, If I die, you will live. And they threw him into the sea. Which doesn’t happen in Mark’s story. Or does it? I think Mark is showing that the stories aren’t actually different when you stand back and a bit and look at them with the rest of the story of Jesus in view. In Matthew’s Gospel, Jesus says ‘One greater than Jonah is here’. He meant this: Someday I’m going to calm all storms, still the waves. I’m going to destroy destruction, break brokenness, kill death. How can He do that? He can do it only because when He was on the cross he was thrown – willingly, like Jonah- into the ultimate storm, under the ultimate waves, the waves of sin and death. Jesus was thrown into the only storm that can actually sink us-the storm of eternal justice, of what we owe for our wrongdoing. That storm wasn’t calmed-not until it swept him away.”

As I contemplate this, the words of the hymn “Because He lives” comes to mind and causes my soul to rejoice to know that I serve a God who does care and knows my future and that he will see me through it. Jesus will always be there for us.

The Nuclear Blast of Russian Collusion