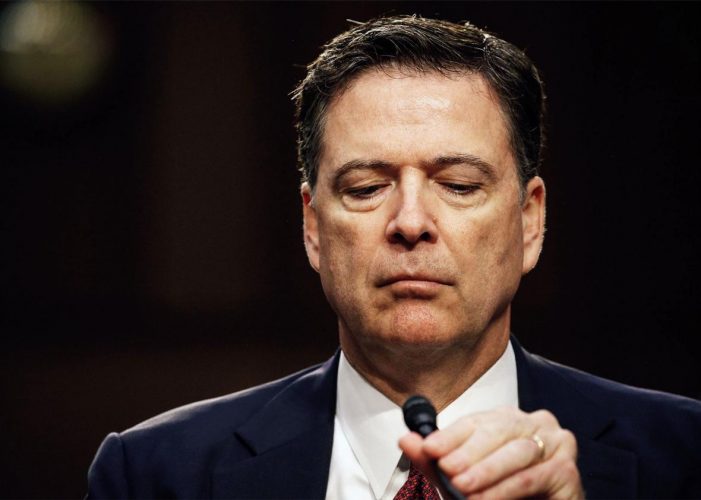 Just when we thought the Hillary Clinton email scandal couldn’t get anymore bizarre and corrupt, we now find out that former FBI director James Comey began drafting statements related to the Clinton email server investigation about two months before his announcement recommending no criminal charges, according to documents released Monday by the FBI.

The FBI released a document entitled “Drafts of Director Comey’s July 5, 2016 Statement Regarding Email Server Investigation,” to the Freedom of Information website. The file contains an email James Comey sent on May 2, 2016, to FBI officials in regards to the Clinton email investigation.

The issue of the draft statement was first raised by Republican Senators Chuck Grassley and Lindsey Graham in late August, in which they accused Comey of drafting an exoneration statement before investigators had interviewed key witnesses.

Grassley and Graham stated in a letter to the FBI:

“Conclusion first, fact-gathering second — that’s no way to run an investigation…The outcome of an investigation should not be prejudged while FBI agents are still hard at work trying to gather the facts.”

Comey announced on July 5, 2016 — three days after FBI investigators finally interviewed Clinton — that he would not be recommending charges against the Democratic Presidential Nominee for mishandling classified information on her private email system.

Former Pres. Bush Uses Public Speech to Criticize Trump (And His Base)