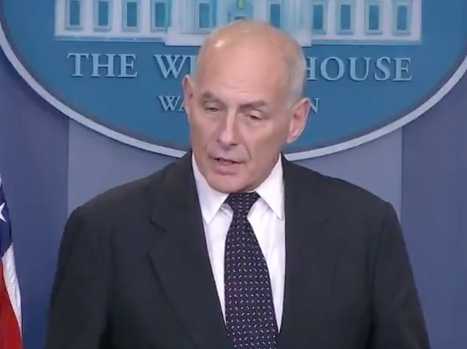 Over the last few days there has been much debate in the echo chamber of the media about what Trump did or didn’t say when he called the widow of a fallen soldier. White House chief of staff General John Kelly held an unprecedented press conference yesterday and to say that he was mad is an understatement.

But instead of adding my opinion to the ongoing discussion, I would like to focus on something else General Kelly talked about, right from the beginning. For me was educational (and very moving) when he described the process of what happens when a soldier loses his life in battle. It’s not the most pleasant thing to read but something that really puts things in perspective in politics and in our own lives.

All I can humbly say is THANK YOU to all those in all branches of our armed forces. You put your lives on the line to keep us free and we should never forget that. Or the ones that have gone before.

Most Americans don’t know what happens when we lose one of soldiers, sailors, airmen, Marines, our Coast Guardsmen in combat. So let me tell you what happens:

Their buddies wrap them up in whatever passes as a shroud, puts them on a helicopter as a routine, and sends them home. Their first stop along the way is when they’re packed in ice, typically at the airhead. And then they’re flown to, usually, Europe where they’re then packed in ice again and flown to Dover Air Force Base, where Dover takes care of the remains, embalms them, meticulously dresses them in their uniform with the medals that they’ve earned, the emblems of their service, and then puts them on another airplane linked up with a casualty officer escort that takes them home.

A very, very good movie to watch, if you haven’t ever seen it, is “Taking Chance,” where this is done in a movie — HBO setting. Chance Phelps was killed under my command right next to me, and it’s worth seeing that if you’ve never seen it.

So that’s the process. While that’s happening, a casualty officer typically goes to the home very early in the morning and waits for the first lights to come on. And then he knocks on the door; typically a mom and dad will answer, a wife. And if there is a wife, this is happening in two different places; if the parents are divorced, three different places. And the casualty officer proceeds to break the heart of a family member and stays with that family until — well, for a long, long time, even after the internment. So that’s what happens.

Who are these young men and women? They are the best 1 percent this country produces. Most of you, as Americans, don’t know them. Many of you don’t know anyone who knows any one of them. But they are the very best this country produces, and they volunteer to protect our country when there’s nothing in our country anymore that seems to suggest that selfless service to the nation is not only appropriate, but required.