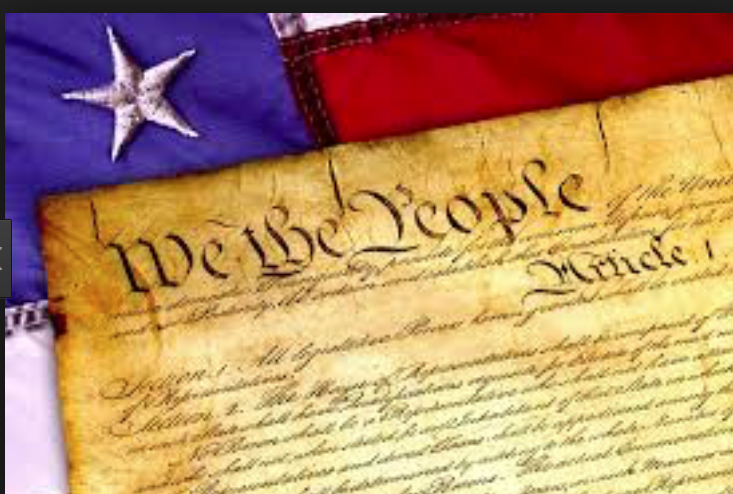 CNSNews.com recently published an article by Terence P. Jeffrey pointing out a landmark event – Social Security benefit payments will top the $1 Trillion mark this year. Shocking? Perhaps to some.

What was also included in the article was a chart that struck me as far more impactful and disturbing than the Social Security data.

A departmental breakdown of the entire federal budget was provided to show that Social Security was the second most expensive item on the budget list. This should be no surprise as the country’s population ages and more and more people choose disability payments rather than an actual job as a means of “earning” a living.

Even so, it was the rest of the chart that caught the eye of a stuffy, conservative constitutional type like myself. What struck me was how many of the line item expenditures within that chart should never have been there in the first place:

Here are just a few samples:

Health & Human Services – $1.1 Trillion to do what is clearly a state or individual responsibility.

Agriculture – $127.6 Billion to effectively increase the cost of our food.

Education – $111.7 Billion to impose mandates and restrictions on the states that increase the cost of public education.

Housing & Urban Development – $55.5 Billion for many programs that have done nothing significant to improve housing or urban development.

Energy – $25.8 Billion which strikes me as particularly egregious given the fact that this department was created with the goal of our becoming “energy independent.” In that regard, it is a complete waste if money. Protecting and controlling our nuclear assets could more economically be handled by

None of these departments are among the responsibilities enumerated within our constitution as federal duties. They were all intended to be things that individual states or the citizens took care of without interference from Washington, D.C.

These five departments account for a majority of the inflationary costs in our daily life. Healthcare, Food, Education, Housing and Energy continue to increase in cost far faster than the published inflation rate touted at times by economists as being less than ideal. Of course, the federal bean-counters conveniently leave out Food and Energy from their inflation calculations while continuing to suggest to the uninformed that the ideal inflation rate is 3%. And they do that with a straight face. Why should we give up 3% of our buying power every year?

The reason these five aspects of our day-to-day expenses continuing to boggle our minds with their rapid increases – particularly at the grocery store where a half-way decent steak costs over $10 per pound – is a very simple one. These are the five categories of goods and services most heavily subsidized by the federal government. These budget items are dedicated, in large part, to supporting the interests of private industry through subsidies and regulations designed to protect them from the ups and downs of free market competition (crony capitalism anyone?).

The U.S economy under our constitution was intended to be a truly free-market system. The only caveat to that was included in the mandate for the federal government to regulate (def: Make Regular/Even) commerce between the states. That is, to prevent one state from placing tariffs or penalties on good brought into the state from another state thus restricting the free market.

Unfortunately, during the pre-WW 2 period, a farmer began growing wheat for his own use (cattle feed, bread, biscuits?) within his own home state and on his own land. The federal government, using the “commerce clause” as an excuse, swooped in and stopped him from growing the wheat because it was violating the rules set down in Roosevelt’s New Deal crop price support limits [Wickard v. Filburn, 317 U.S. 111 (1942)]. The farmer and friends sued, but Roosevelt had packed the court with eight of the nine position with progressive judges who took it as an opportunity to expand federal powers.   This case opened the doors for virtually all the expansions of federal authority with which we deal today.

Healthcare, Housing, and Education are another can of worms altogether. Again, the Supreme Court and other judicial rulings are responsible for wildly distorting a short clause in the Preamble of the Constitution (“promote the general welfare”) into a federal mandate to take control of these wide-reaching areas of our daily lives. Again, the influence of progressive activists in various federal courts have done their dirty work.

The bottom line of this little treatise is that these five items on the federal budget consume close to 35% ($1.5 Trillion) of the entire federal budget – every year. There are other departments that cannot be justified under the constitution, but space here is limited. What could be saved by just cutting those five would be more than enough to pay for the entire cost of Social Security Benefits.

Until there is an awakening within the electorate that the root of most of our problems as a country are tied directly to the progressivism that has created the intrusiveness of an out-of-control central government, little will change. It has caused our debt to expand to $20 Trillion, and will continue to dig a deeper and deeper hole as that debt rises and the interest on that debt approaches another half-Trillion per year.

If any useful regulation is needed in any of these areas, it is probably better off being performed by the individual states. The impact of this would very likely provide free-market solutions to state-level over-reach – residents would simply be able to move to another state. That would be enough to discourage states from getting too aggressive. Less government = more freedom.