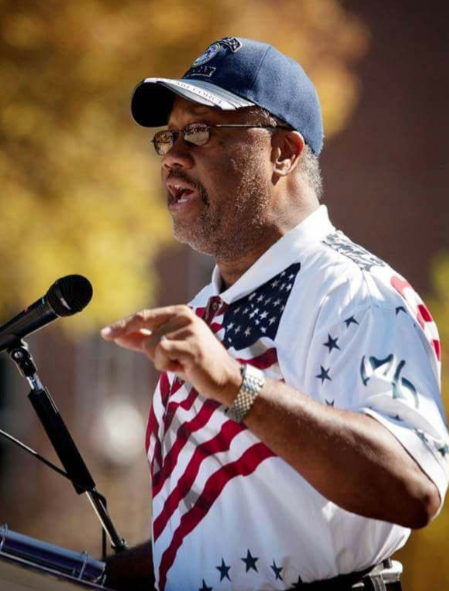 It was only a little over eight years ago when We the People formed what became known as the Tea Party Movement. We shared common feelings. Feelings of being let down by our government over excessive taxes, unemployment, terror threats, the threat of socialized healthcare, and the lack of real leadership by our elected leaders in Congress, and in the Whitehouse.

We marched, we rallied, we spoke up, we wrote letters, called our representatives; but most of all we united and we looked to God Almighty to help us find ways to restore and heal our land.

We began to make a difference, and those who we addressed heard us, and they reached out to hear our grievances. They also promised us that they would fix them.

We met with them and tried to help put together common sense solutions that would put our nation back on the track to greatness.

We worked hard to elect new leadership, and to place those in elected office who would work for us, and respect our U.S. Constitution. We did so in our city, County, State government, and in our nations capital.

We knew deep down in our hearts that this would be a long process, but we were willing to do whatever it takes to renew the spirit of the American Dream in our hearts, so that the United States of America would remain on the course that lead it to prosperity, and to be the beacon of freedom and liberty that our Founders intended it to be at it’s birth, and into the future.

You see, they wanted us to build upon their dream.

They fought for a dream of hope, a place for people to seek refuge, liberty, and freedom.

They dreamed of a land where individuals could be successful, strong, and free from the burdens of government. In their hearts and minds they believed that all men should be able to enjoy the fruit of their labor, and have the opportunity to pursue and achieve their innermost dream as a result of their hard work.

We also believe, just as our Founders did, that freedom isn’t free. We believe that it takes hard work and sacrifice to keep our Republic strong. We know the history of our nation, and the stories of those that have paved the way before us to make this nation great, prosperous and lasting. Those stories give us continued hope.

We believe that in order for the United States of America to remain a great nation we must show support and appreciation for those who sacrifice to protect our liberty. Whether serving in our armed forces, or in public service.

I speak of our Veterans, Active Duty Military, Police Officers and First Responders.

They deserve a special thank you from each and every citizen.

We especially remember those who have given their lives so that we might live and enjoy the fruits of liberty.

We sincerely thank you!

We believe that our children and our Grand children deserve the same opportunities that our ancestors gave to us. So we have risen to the task of ensuring a bright future for all of us.

Those who came to this new land cried out to God for a chance to be free. Free to worship, free to speak out, and free seek after Life, liberty, and the pursuit of happiness.

As a result of those desires the miracle that we call the United States of America was born.

A new nation was born that allowed its citizens, both men and women to live in the freest society ever known to mankind on the planet.

Make no mistake about it there were those who sought to destroy the hope that was burning in the hearts and minds of the American patriot. They fought to destroy that dream in the beginning, and still fight us today. We will not surrender!

However, as we read in our Founding Documents “We hold these truths to be self evident that all men are created equal, that they are endowed by their Creator with certain unalienable rights, that among these are Life, Liberty and the pursuit of happiness, That to secure these rights Governments are instituted among men, deriving their just powers from the consent of the governed…”

So as we look back, we also look forward to the future. That is why we stand united even to this day.

We stand together to rekindle the Founders fire, to prune the Tree of Liberty, to renew our hearts and our souls. We stand to plead with our representatives and elected officials that you will remember your promises to us. We ask that you do what your constituents elected you to do, and that you take your oath of office seriously.

Those of you who claimed that you were conservative asked us for a majority in the U.S. House Of Representatives.

We gave it to you!

You asked for a majority in the U.S. Senate,

We gave it to you!

Then you said we needed a President that will work with us to get the agenda done that we promised you. We gave you Donald Trump, and he presented to you a conservative agenda, promised to drain the swamp, and to make America Great Again.

You REFUSE to support him.

You made promises, and we simply ask you to KEEP THE PROMISES that you made to we the American people.

We were promised a clean repeal of Obamacare, Tax Reform, A Border Wall, Immigration Reform, a stronger economy and Military, and a host of other legislation that would restore our nation and put America back on the track to prosperity.

We heard you, and now it is your turn to hear from us once again, because we want you to follow up on your agenda.

We the American Patriot, stand together in unison to proclaim to you that we love our nation, and that we want the promises fulfilled that we voted for, or else WE WILL REPLACE those representatives who refuse to be truthful to us.

“FREEDOM AND LIBERTY/USE THEM OR LOSE THEM!”