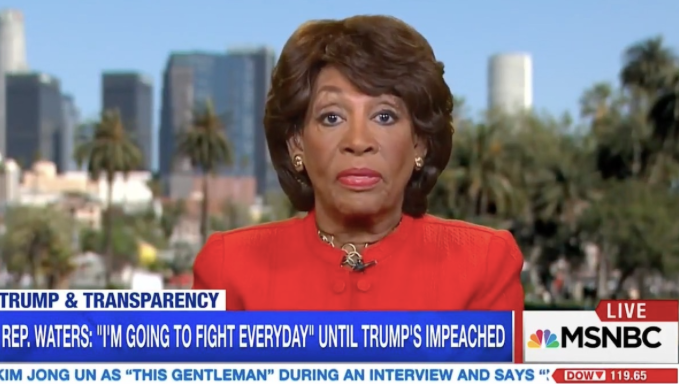 (Note from Editor: There was a time when it wasn’t necessary to preface a farcical article with a disclaimer; unfortunately, these days it is…)

What was apparently retrieved was a secret Democratic Party manifesto from Democratic Party Chairman Tom Perez to Podesta, which is intended as a preview of Hillary Clinton’s 2020 presidential campaign. This is the manifesto:

Democrats, stay focused on 2018, and don’t let the media’s lack of focus deter you from the ultimate goal, impeachment.

First, let’s dispense with the anti Obama and anti Hillary rhetoric. President Obama is probably the most intelligent and most successful President in U.S. history. There is no basis for any criticism whatsoever of President Obama’s character or his performance as President, so just know that any criticism of him is racially motivated and his critics are racists.

Regarding Hillary Clinton, the only reason that she isn’t President is that the election was rigged.

First, it was the conspiracy between James Comey, Vladimir Putin and Donald Trump to steal John Podesta’s emails and give them to Wikileaks.

Then there was Donald Trump stalking her during the debates.

Finally, there was the collaboration between Trump and Putin to falsify the ballots in Michigan, Wisconsin and Pennsylvania, and probably in Ohio and Florida. And we know that Hillary won the election by more than 3 million votes, but the election was stolen from this most highly qualified candidate in history by the illegitimate Electoral College.

Now the focus must be on Donald Trump. There are so many reasons to impeach this fake President, and every one of these facts should be employed in the campaign to get him out. We’ll try to cover all of them.

1. He collaborated with Russia to get elected.
2. He is a liar. Remember his lie about the crowd size at his inauguration.
3. He is a misogynist. He has made many distasteful comments about women.
4. He is a racist. He has a racist Attorney General, Jeff Sessions, who is said to have spoken negative things about African Americans, and his middle name is Beauregard. Trump supports David Duke. He repeatedly made racist slurs against Massachusetts Senator Elizabeth Warren, a Native American. He pardoned the racist Joe Arpaio.
5. He is an Islamophobe. He instituted a Muslim travel ban to deny Muslims their civil rights to be in America.
6, He is anti Hispanic. He said negative things about Mexicans and an Hispanic-American judge and he wants to build a wall to keep Hispanics out of the country.
7. He is an anti-Semite. Remember that he hired Steve Bannon.
8. He is a President for the rich. He has filled his cabinet with utterly unqualified billionaires.
9. He has violent tendencies. He advocates violence against protesters who come into his rallies and say things he doesn’t like.
10. He makes fun of the handicapped. He mocked a disabled reporter.
11. He is clinically insane, as proven by all of the experts on CNN, MSNBC and other media .
12. Finally, there is one fact that has been overlooked. Adolph Hitler died on April 30, 1945. Donald Trump was born fourteen months later, on June 14, 1946. It is possible that Donald Trump is the reincarnation of Adolph Hitler. We know that he is a KKK sympathizer and probably a secret KKK member, a white supremacist and a Nazi sympathizer, and now we know that he may actually be Adolph Hitler.

It is important for all of us to be alert to the possible secret construction of death camps. Don’t be silent, as Germans were in the 1930’s. If you see something, report it to the press. The New York Times, Washington Post, CNN, and Rachel Maddow and Lawrence O’Donnell at MSNBC are the most reliable.

All of the people who have been saying “Trump/Hitler” for many months are being proven right. As soon as the press gets wind of this revelation, they will clamor for Robert Mueller to investigate. It should speed up the call for impeachment.

One additional point. If anyone argues that Donald Trump is a successful businessman and builder, shut them down by echoing the words of Senator Elizabeth Warren and President Obama, “He didn’t build that.”

The point must be continually made that everyone who voted for Trump is, at the very least, a misogynist, homophobe, racist, fascist, anti-Semite, KKK/white supremacist/Nazi sympathizer. Also remember, when referring to Trump to use descriptive terms like Drumpf, Orange Hitler, Clown in Chief, Crybaby in Chief, whiny little bitch, narcissist, incompetent, thug, buffoon, imbecile and dipwad; and employ some of the colorful expressions used by the news media, such as “turd” (Van Jones), “taking a dump on his desk” (Anderson Cooper) and “pooping in his pants” (Joe Scarborough).

Never refer to Trump as “President.” It’s not appropriate. When anyone mentions something political that you don’t agree with, immediately tell them to “stop watching FOX and listening to Hannity and Limbaugh”. Also insult them by calling them stupid, evil, crazy and off their medication. That will shut them up and save you the waste of time debating them. You might even throw in a few descriptive adjectives about Donald Trump, whether they’ve mentioned him or not. Be creative. Then declare the discussion over. It works every time.

Remember and employ all of the foregoing in campaign efforts and political discussions leading up to November 2018. Become active in the Shout Down Movement; attend events where there will be conservative speakers, and shout them down. There is no room for hate speech in America. Join marches and protests with Black Lives Matter, Robert Reich’s Resistance Movement and Antifa. All of this activism will make a positive impact on the media and the American people and will help to ensure resounding Democrat Party victories next year. Democrats just need to regain control of the House of Representatives to impeach Trump. Cowardly Republicans in the Senate will join Democrats in voting to convict him. It can be done.

Representative Maxine Waters, leader of the Democrat Party’s Congressional Mensa wing, has already campaigned for the impeachment of Donald Trump and Vladimir Putin.

Maxine has now added Barron Trump to that list.

Basil Hoffman is an American character actor, best known for his work, often in classic films, with distinguished film directors including Peter Bogdanovich, Mario Monicelli, Richard Benjamin, Carl Reiner, Peter Medak (five times) and Alan J. Pakula (twice); Academy Award winners Ethan and Joel Coen, Paolo Sorrentino, Michel Hazanavicius, Steven Spielberg, Delbert Mann, Blake Edwards, Stanley Donen, Sydney Pollack, Ron Howard and Robert Redford (twice); and many others. He appeared in two Best Picture Academy Award winners: Ordinary People and The Artist. He has worked with fourteen Oscar winning actors: Sophia Loren in Lady Liberty, Gene Hackman and Liza Minnelli in Lucky Lady, Dustin Hoffman and Martin Balsam in All the President's Men, Jason Robards in All the President's Men and Comes a Horseman, Richard Dreyfuss in Close Encounters of the Third Kind, Christopher Plummer in "The Moneychangers", Mary Steenburgen in Pontiac Moon, Jane Fonda in The Electric Horseman and Comes a Horseman, Christopher Walken in Communion and The Milagro Beanfield War, Renee Zellweger in Down With Love, J.K. Simmons in 3 Geezers! and Jean Dujardin in The Artist. He also appeared with Oscar winners Philip Seymour Hoffman in Culture and Timothy Hutton in Ordinary People, but shared no scenes with them. He worked with two Oscar winning actors in films for which they won the award, Jason Robards in All the President's Men and Jean Dujardin in The Artist. He is one of only two actors who has worked four times with actor/director Robert Redford, twice with Redford as an actor and twice with Redford as the director. Jane Fonda is the only other actor who has worked four times with Robert Redford, with Redford as an actor but never as the director. When he arrived in Hollywood in 1974, no movie/TV agent would represent him. In 1978 after appearing in six major studio pictures for distinguished directors including two future Oscar winners (and three films for directors who were nominated but didn't win), he was invited to join the Academy of Motion Picture Arts and Sciences. Four years later, director Ron Howard cast him in Night Shift. It was the first feature in which he was hired from an audition. He has worked with five Academy Award winning directors for whom he had never auditioned. In 2008 he served in Beirut as U.S. State Department Cultural Envoy to Lebanon. He is also the author of the acting textbooks, "Cold Reading and How to Be Good at It" and“Acting and How to Be Good at It" (and The Second Edition) with a foreword by Sydney Pollack.

Smart Move: Muslim Refugees Settling in Mexico Instead of U.S.