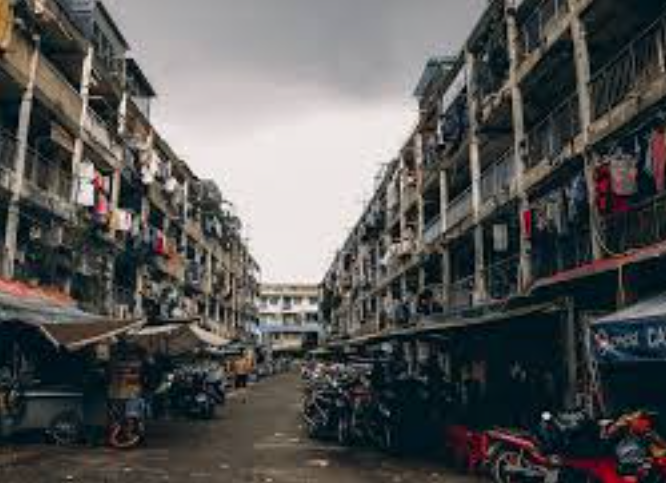 Merkel was welcoming Obama back to Berlin for the last time. The election had been fought and won nine days earlier. And Obama and Merkel were defending globalism against President-elect Trump.

To Merkel and Obama, returning to pre-globalization times was every bit as mad as going back to the caves. Globalization had become synonymous with civilization. And its prophets, like Thomas Friedman, traced back its rise to the fall of the Berlin Wall in the city where Merkel and Obama were chatting.

But globalization didn’t bring down the Berlin Wall. Nationalism did. The pro-democracy activists wanted a country where the people had a voice. That’s the opposite of globalization in which there are no nations and only the influential figures of various stripes have any kind of impact.

Globalization built the Berlin Wall to unite East Germany with a Communist bloc built around a set of political ideas that disregarded nations and individual peoples. Leftists had drawn a deeply misguided lesson from the fall of Communism. Rather than attributing the fall to the overreach of central governments and unaccountable bureaucrats, they developed a new postmodern historical materialism of globalism. The Communist bloc had fallen not because of too much globalization, but because there wasn’t enough of it. There were still too many borders and nations. And they all had to fall like the Wall.

Where Communism had failed by being too narrow, globalism would succeed in creating a new world.

By the time Merkel and Obama were mourning what Trump’s victory and Brexit meant for globalization, Berlin had become a wonderful laboratory for observing the end results of their philosophy. Haunted by the specter of national decline and falling birth rates, Merkel had opened her country’s borders to a million Muslim migrants who had flooded in from the Middle East and from as far away as Afghanistan.

The migrants were supposed to supplement the German workforce. Syrians would build the Mercedes coupes of tomorrow, Pakistanis would put together Siemens ultrasound devices and Somalis would produce Bayer’s pharmaceuticals. There would be no need for Germany to continue exploring the Japanese model of smarter automation to replace a falling population. Globalization would provide.

But the migrants weren’t coming to Germany to work. And they aren’t working. It’s still Germans and Eastern Europeans on the floor at Siemens, Mercedes and Bayer. The “refugees” came for Germany’s generous welfare programs. And they’ve wrecked enough of the country that Merkel wants to pay them to leave.

The welfare state so ubiquitous to Europe is there to compensate for the discrepancy between the expected standard of living and the declining options for earning that living. Globalization didn’t magically link together economies to create a new golden age. Its prophets, like Thomas Friedman, are being jeered as neo-liberals by a radicalized left looking more to East Germany than to Berlin.

Globalization moved jobs and production to countries with the lowest standards of living, the least human rights and the greatest government intervention in their economies. It’s no wonder that China thrived or that America declined in that environment. But at the same time it also moved immigrants with the lowest work ethic to America and Germany to benefit from the welfare programs that were meant to soften the economic impact of globalization on the native population.

The old immigrants had come to benefit from a booming economy. But if you want a booming economy with lots of entry level jobs, 21st century America is hardly the place to go. You can’t just walk off the street and get a manufacturing job that will take you up the ladder to the middle class.

The West gets two kinds of economic immigrants these days: scroungers and hustlers.

Hustlers can make their own opportunities. They’re the Koreans running local grocery stores and the Russian Jews starting revolutionary dot coms. But hustling demands creativity, smarts and an ambitious work ethic. Most immigrants are scroungers. They get by on some combination of welfare and semi-legal marginal jobs. If they have an ambition, it’s getting a comfortable government job.

Immigrants brought over as cheap labor quickly plug into the welfare state and become a net loss.

Globalization exports jobs and imports welfare scroungers making it a double blow to the West. The outbound jobs and the inbound migrant swarms punish countries with higher standards of living and human rights by depriving them of both. It’s hard to think of any better way to destroy a civilization.

The political and social gifts of globalization have been every bit as destructive as its economic effects.

Globalization doesn’t just make it possible for a million Muslims to show up in Germany, but for transnational Islamic terror organizations like Al Qaeda or ISIS to operate. It’s no coincidence that they took off with globalization. Or that globalized Islamic terror networks have used the machinery of globalization: jet planes, trains, human trafficking, the internet and multicultural cities to wreak havoc.

Instead of binding the world closer together, globalization financed a renewed wave of aggression by former failed Communist states and enabled Islamic terrorists to strike deep in the heart of the West.

Globalization finances China’s expansionism program in the South China Sea and a growing conflict that could lead to a regional war. It allowed the Russians to turn Americans against each other by pretending to be everyone from Black Lives Matter to Republicans on the internet. And it allows Islamic terrorists thousands of miles away to coordinate devastating attacks across America and Europe.

The internet, once the symbol of globalization, hasn’t brought us together. Instead it tore us apart into warring tribes living in separate bubbles. A generation raised on the internet has become the most intolerant of free speech in a century. And even the pro-globalization media is demanding new means of censoring social media and the internet to fight “fake news” from the political opposition.

The ambitious dreams of globalization that once appeared to unite big government advocates on the left with free marketers on the right have become a nightmare. Their failures have led to a renewed affinity for Socialism and even Communism on the left. The rise of Bernie Sanders and the growing comfort with Socialism among Democrats are road signs of the rejection of a free market. And on the right, populist nationalism is displacing an unquestioning commitment to a free market.

But globalization is also a global failure. It has driven China into a blind alley of economic bubbles, compulsive spending and colonialism. China is rapidly replicating a century’s worth of Western economic progress in a matter of decades. And it’s replicating the same problems and the same dead end. It won’t find the solutions by seeking cheap labor in Africa or by distracting its population with a new war.

Sophisticated systems are more vulnerable than primitive ones. It’s why Afghanistan and Iraq made more of an enduring mark on America than the other way around. In a globalized world, colonialism works in reverse with unstable societies exporting their instability to stable societies. The prophets of globalism marveled at the internationalization of culture. But culture in traditional societies goes far deeper than Marvel or Harry Potter. It’s only in the West, where culture, tradition and religion are being lost, that pop culture becomes culture. And that identity becomes equally shallow and unstable.

Globalization isn’t bringing us to a bright new golden age, but to an old age of iron. The new colonialism is being carried out by those cultures with a strong sense of identity against post-moderns who lack it. The decline of Western nations doesn’t open the door to a world government, but to the rising power of China, Russia and Iran. All our social progress has left us more intolerant and divided than ever.

Tearing down borders, physical, economic and cultural, hasn’t made us more open. Instead we live in hostile, divisive and unstable societies that pride themselves on their “openness” even as they unveil new schemes for censoring the internet, restraining free speech and punishing social dissent.

Globalization is a dead end. Open societies are open internally and mutually to people and ideas that share the premise of that ‘openness’. Not with those who hate them. Free markets are free when they interact with other free markets, not totalitarian slave labor camps that can always win on price.

As globalization falls, we can rebuild functional nation states or be swept away with the global flood.

Contemplating America From the Window of a Train