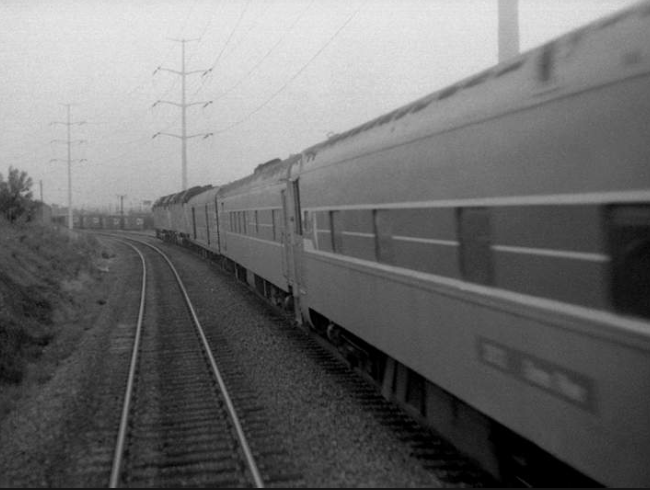 “When the train, it left the station with two lights on behind.

Well, the blue light was my blues

And the red light was my mind.”-Robert Johnson, Love in Vain

I am sitting in an Amtrak station in Charlotte, NC. Like Jimmie Rodgers, I’m waiting for a train. I am traveling North to the South of my youth, Norfolk VA. As the train pulls out the now ghostly voice of Tom Petty fills my headphones singing, “There’s a southern accent where I come from.”

Yes, there is a southern accent where I come from. I was raised as a Southerner, but I am not a cliché. My seminal influences do come from Norfolk, VA. The first meaningful words that I wrote were written in Norfolk, my first guitars were purchased there, the first shows I saw that had an impact on me, Jimi Hendrix and the original Allman Brothers, were seen in the area we in Norfolk call Tidewater. My first gigs, the first songs I wrote, all come from Norfolk. My first triumphs and my first tragedies were all experienced in Norfolk.

Thinking about my current political leanings, and what I truly love about this country, there is broader consideration when I embrace my earliest memories. I remember my father’s ship, the U.S.S. Sierra, pulling into the docks after spending months at sea. I must have been about three or four years old. I was too young to understand what my father was doing, leaving his family for such lengthy periods. In retrospect, that may have been my first experience with what I now proudly call patriotism. Even before I understood what the word meant.

My father had an interesting early life. Allegedly, as a child he played in the trees with Rockabilly legend Ronnie Hawkins. He was one of 14 children born into an Arkansas farming family. At the age of 12, he was given the opportunity to go live with his Uncle Arthur in California. I think my Father George was seeking some sort of adventure and something other than farming as a way of life.

I learned that two days after the December 7, 1941 attack on Pearl Harbor, that lead to America’s entry into World War II, my Father had Uncle Arthur sign him into the Navy. My father was 17 years old at that time.

Considering my father’s decision to fight for his country at such a young age, I am now filled with admiration. It is difficult to imagine myself fighting America’s enemies at the age of 17. His generation was a braver and a far more steadfastly patriotic group than the one I come from. We owe that generation a mountain of gratitude.

That leads me to one of the early points of this article in regards to today’s Armed Forces. In 2017, there is currently no draft and enlistment numbers are down. Considering the way Veterans have been treated since the Korean War, it is understandable. We need to start truly taking care of our Veterans. We need to treat our men and women of the Military with the respect, honor and dedication that they deserve. Through that care and real acknowledgement we can continue to have a new and powerful Military.

As I travel on the train to Norfolk, I am reminded of a little known work by the writer, Jack Kerouac, titled “October in the Railroad Earth.” There is a wonderful reading by Kerouac of this work, backed by Steve Allen on piano, on YouTube. Check it out. Kerouac’s words continue to echo in my memory. In particular, as I travel, specific words from Kerouac’s work resonate with me and my principles:

“ I look up at blue sky of perfect lost purity and feel warp of wood, of old America, beneath me.”

Quite simply, the moral compasses of institutions like Washington D.C. and Hollywood are so repugnant that it is difficult for me to decide if they mirror the burning of Sodom and Gomorrah or more closely resemble the evils of Rome before the fall. Quality, honesty and true dedication to real principles are derided by the yapping hyenas of our incompetent and dishonest media. Many people support and celebrate mediocrity so intensely that real art, music, movies and literature are almost considered passé.

We worship the gods of the fake and the corrupt and consider them true. It is incredibly difficult for me to believe that long standing criminals like Hillary Clinton are not in jail or that partisan hacks like Robert Mueller have any position of power. Congress acts like poorly trained street fighters bordering on anarchy and fascism. No wonder that groups like Antifa have captured the imagination of the ignorant and uninformed. They only have to look to Washington for the spark of inspiration. After all justice seems to be a forgotten principle of the Justice Department.

Society is a reflection of the character of the people in power. When we continue to elect incompetent fools we end up with an insane, upside down world. It is time to break free from the mind control media insanity spell.

It is time for patriotic Americans to stand up and fight for this country. I refuse to accept the ravings of terrorists domestic or abroad. Especially those disguised as politicians that were sneakily and redundantly elected by lost souls. I will not vote for or support any politician that treats the American people as blind lambs to the slaughter. I refuse to support the artful dodge of Washington or bow down before a disposable culture. There must be some way out of the mess that we are in. I believe in active prayer, direct action, and will always raise my voice so that it is heard by both my ancestors and those willing to act and listen. Do not be a still target for the actively evil.

(The author wishes to thank his Mother, Jean Ingmire, and his Wife, Sharon Watson Ingmire, for their input into this article.)

Justice MUST Prevail Over Collusion, Coverups, and Corruption in America!