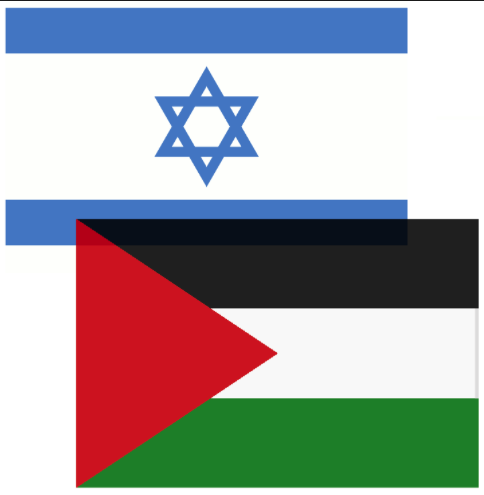 The position of many world leaders and much of the international diplomatic community to the Israeli-Palestinian problem is that everything can be solved with a Two-State solution based on 1967 borders.

This throws the emphasis in forcing Israel to surrender territory in the name of peace and leaving Israel as the guilty party if it refuses to do so.

The notion that a missing peace with break out by Israel withdrawing from land that it has an equal entitlement to, if not more, than either side of a Palestinian political divide, is a fallacy.

In fact, it has become the fallacy that has prevented progress to any solution. It is a fallacy based on a false premise, the premise that all the Palestinians want is a state of their own and that it is Israel that is blocking their desire to live peaceful lives in their own state. This premise is not a template to peace because it ignores an underlying fault line, that if the different ideologies and mindset of the two sides. It is worth examining aspects of both sides. This helps us to reach the undeniable truth of why progress is impossible.

Israel has accepted the notion of two states for two peoples. The Palestinians have not.

Israeli policy is one of attempting to ease and improve the lives of Arabs living under the control of their Palestinian leadership, both in Ramallah and in Gaza. This was confirmed by former member of the Israeli Cabinet, Moshe Yaalon, to an English-speaking audience in Netanya on September 25 where he said that, although he saw no possibility of a diplomatic breakthrough with the Palestinian leadership in the West Bank and in Gaza, he fully supported improving the lives and living conditions of the Arabs living under Palestinian control.

Israel coordinates daily with the Palestinian Authority both in civil and security matters. Israel has ceded full civil and security control to the PA in what is called Areas A and B of the signed Oslo Accords. It allows Palestinian forces to be trained and armed in these territories. Between eight hundred and a thousand trucks flow daily from Israel into the Gaza Strip defying allegations that it is conducting a blockade.

The Palestinians, on the other hand, are waging a war of delegitimization against the Jewish State in which they set back any chance of genuine statehood by rejecting recognition of Israel as the Jewish State. It mounts massive and successful anti-Israel and anti-Semitic campaigns in international forums that include their slanders that Jews have no history or heritage on places like the Temple Mount in Jerusalem and the Tomb of the Patriarchs in Hebron.

They claim statehood where no statehood exists, even under the interpretation of statehood in international law. They demand that the Israeli capital of Jerusalem must be their capital, even though their administrative and political centers are based in Ramallah and Gaza City. And it is shocking that the diplomatic community supports all these false claims.

The international community ignore the misuse of their funding to the Palestinian Authority with over three hundred million dollars allocated to terrorists and their families. Not only Hamas, the PA is a terror-ridden organization. Palestine Media Watch, in its latest report dated September 27, revealed that the Palestinian Authority now has seventy-five schools named after terrorists or Nazi collaborators. One of the schools is funded by the Belgian Government.

Both sides of the Palestinian political divide constantly make inflammatory anti-Semitic remarks when referring to Israel. Mahmoud Abbas has a long history of hitting at Jews as he assaults Israel. While addressing the European Parliament on June 24, 2016, he accused rabbis of demanding the Israeli government to poison Palestinian water. Prior to that, in another blatantly offensive anti-Semitic remark he said that “we will not allow Jews with their filthy feet” from defiling the Temple Mount.

Deep Palestinian anti-Semitism can be found in the infamous Hamas Charter which blatantly quotes, “O Muslim! There is a Jew hiding behind me. Come out and kill him.”

This then is the asymmetry that prevents any possible solution to the impasse between Israel and the Palestinians.

It is not about borders or territory. It is about this deep schism between the two sides that has prevented progress for decades.

Until the international community face up to this obvious obstacle, the ideological asymmetry between the two sides, do not expect a solution any day soon.

What Taking a Knee For Your Country Today Actually Looks Like!