In the spring of his final year as a movie mogul, Harvey Weinstein was doing what he always did. Or rather what he always did in public view: as opposed to what he has been accused of doing in hotel rooms and deserted office storage rooms. He was fighting a ratings war over a movie with adult content. 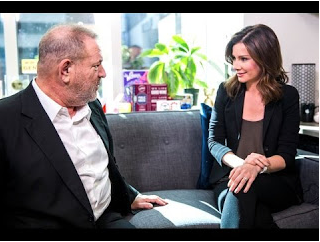 The movie was 3 Generations. It had been made two years earlier to cash in on the transgender
boom. Back then it was called About Ray. But the reviews were bad and the movie was pulled a few days before it was supposed to be released. What do you do with a bad politically correct movie that you paid $6 million for? You start a culture war. And that’s exactly what Harvey Weinstein did.

He enlisted GLAAD, the gay rights group, to lobby for a PG-13 rating for the newly renamed movie.

It didn’t hurt that Harvey was a donor to GLAAD and the Human Rights Campaign. Weinstein had even presented his pal, Bill Clinton, with a GLAAD award at its awards show.

Harvey’s gambit didn’t pay off financially. The reviews for 3 Generations were just as bad this time around. And it took in $60,000. Or 1 percent of what Harvey had paid for it. But Harvey had known two years ago that the movie wouldn’t make money. The 3 Generations campaign wasn’t about the movie, but about Harvey Weinstein’s brand as a courageous mogul on the political cutting edge of the industry.

Harvey Weinstein wasn’t really in the movie business. He was in the culture business.

Some of his movies were meant for general audiences. But mostly he sold the illusion of culture to a prosperous leftist elite. Sometimes that meant traditional highbrow British Oscar bait like The King’s Speech or Shakespeare in Love. But much of the time it meant pandering to their politics.

And thus, 3 Generations, for the transgender category, The Hunting Ground, for the campus rape category, Fruitvale Station, for police brutality, Wind River, for Native American oppression, and, if you reach back far enough, Fahrenheit 9/11 for the anti-war category and Miral, for the anti-Israel category.

Harvey Weinstein didn’t get all his Oscars and his clout in the industry because he had good taste. Or even a good idea of what would work. The 3 Generations debacle is a reminder of that. The New York Times pulled the trigger on the story that brought him down, after blocking a similar story in his heyday, because his company was faltering and no longer all that valuable to the finances of the big lefty paper. 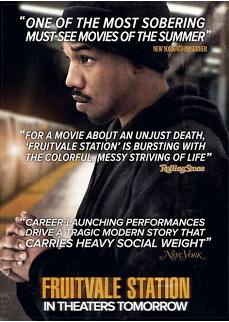 Even at his peak, he was never all that big when compared to the big boys of the industry. His estimated net worth is under $300 million. What made him think he could grab Gwyneth Paltrow, the goddaughter of Steven Spielberg, an industry titan with a net worth of $3 billion, and get away with it?

All that clout which brought in Oscars, fawning media profiles and the frightened compliance of the women he abused, didn’t come from his cash, it came from his role as a culture warrior of the left.

When Harvey Weinstein wanted to bully the MPAA and promote a bad movie, he had the heads of the biggest gay rights groups at his beck and call. When he wanted to push Miral, an anti-Israel movie that was just as bad, he got it screened at the UN General Assembly Hall. When he wanted to promote, The Hunting Ground, a discredited documentary, Planned Parenthood was eager to step up.

Why was everyone from the United Nations to GLAAD so eager to accommodate Harvey?

Money was an obvious factor. Harvey donated enthusiastically to left-wing groups like Planned Parenthood and GLAAD. Just this year, he helped endow a chair in Gloria Steinem’s name.

Harvey Weinstein got his clout as a culture warrior. An alphabet soup of lefty groups, right up to the UN, was eager to give him what he wanted because they saw him as championing their agenda.

He rolled out movies that pushed the left’s social and political agendas like no other company did. And in return, he got the same “rape pass” that Ted Kennedy, Bill Clinton and other top lefties did.

It wasn’t mere money that intimidated his victims. Harvey’s millions alone didn’t buy him the right to assault and then silence women, some of whom became famous and powerful in their own right, in an industry that is the subject of constant media attention and scrutiny. It was his connections on the left.

Harvey Weinstein shoveled large amounts of money into the media and lefty groups. But more than mere cash, he had their loyalty because he fought the cultural battles that they wanted him to fight. 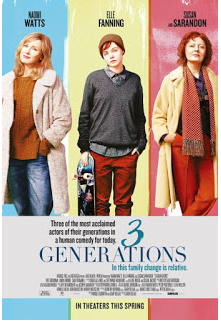 The media is hunting through Hollywood to find out who knew about Harvey. And everyone knew and said nothing. They said nothing because the media would have destroyed them. Look back at the old stories about Harvey’s conflicts with the MPAA, with Jewish groups over Miral, and so many others, and it’s easy to spot the heavy hand of Harvey in every article. The media let him write the story.

It let him write the story because he was telling their stories in theaters across the country.

What no one in Hollywood or the media can say is that the women whom he abused were collateral damage in a culture war. Harvey ran an assembly line on which movies about the left’s latest social agenda were rolled out. If you wanted campus rapes, police brutality, transgender, gay rights, anti-Israel or anything from the Left “R” Us emporium, he made it happen. And the price was ignoring the screams coming from his hotel rooms and the office storage rooms that he allegedly brought women to.

The left paid that price. It paid it, until Harvey wasn’t good for it anymore. And then it came to collect.

Harvey Weinstein didn’t assault women ‘despite’ his leftist politics as the media alleges in its fumbling efforts to connect him to toxic masculinity. He assaulted women because of his leftist politics. It was his politics that made him feel safe assaulting women. And it was his politics that made them feel unsafe about turning him in. How do you take on a man who has Planned Parenthood in his back pocket?

How many rapes were there at Occupy Wall Street camps and how much sexual harassment was there in the Bernie Sanders campaign? That’s how leftist political and culture wars have always worked.

Harvey Weinstein’s willingness to push cultural boundaries insulated him from accusations of abuse by, on the one hand, making him appear too virtuously leftist to do such a thing, and on the other hand, giving him a pass for being too transgressive to be bound by the conventions of bourgeois morality.

And Harvey’s shabby defenses have called on both arguments, trying to wrap himself in the cause of gun control, signaling his usefulness to the left, and invoking the culture of the 70s, to create complicity.

Harvey is still hoping that the left’s culture war can be invoked to protect its fallen monster. 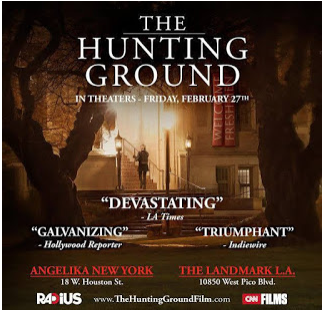 Following its “Tragedy + Trump = Story” formula, the media has run numerous stories trying to tie Harvey to Trump. It’s revealing, not only for the partisan cynicism of trying to associate the actions of a top Obama and Hillary donor with Trump, but because it shows why the media covered for Harvey.

Even now, it’s still incapable of acknowledging that a leftist can sexually abuse and rape. Its political tribalism is so strong that it needs to associate Harvey with Trump to be able to condemn him.

And that, more than anything else, shows why the media covered for Harvey Weinstein.

The women whom Harvey allegedly abused knew that the media’s rule is that there are no enemies to the left. And Harvey had worked hard to always stay to the left of everyone else. Including his victims.

Battle for the Soul of Western Civilization