Hawaii appears to be in political turmoil, but not from Democrats–it’s the Republicans who seem to be trying to destroy their beautiful state from within. And believe it or not, Hawaii is dealing with serious homeless issues due to an influx of illegal immigrants.

From the Hawaii Republican Assembly newsletter: 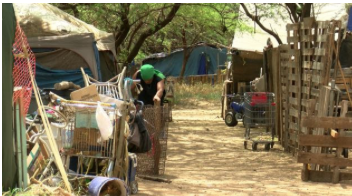 With Hawaii homelessness and poverty getting worse each day thanks to decades of failed Democrat policies driving up the cost of living, it’s bad enough that Democrats like Willie Espero and Ernie Martin want to create homeless ‘safe zones’ and camps and villages for what they clearly deem a permanent and unsolvable problem.

But now, our shrinking Republican Party’s very own leader in the State House believes that permanent homeless villages are a “sustainable lifestyle” which she wants to help keep in place.

Minority Leader Andria Tupola — Beth Fukumoto’s replacement and supposed “Republican” — wants to normalize the homeless lifestyle when she should be leading the GOP assault on Democrats for the harmful policies which cause more than half of Hawaii residents to struggle from paycheck to paycheck.

You see, the state is finally getting around to dealing with a huge illegal homeless village sandwiched between Waianae Harbor and Waianae High School which has been there for more than a decade. It contains a population of HUNDREDS of squatters, including children (a.k.a. ‘the keiki’) who are living daily life on the edge and suffering a subsistence lifestyle of filling water jugs from harbor hoses, waiting for food bank deliveries, hoping for donations of stuff and cash from area residents, making EBT food runs to the convenience store and cashing their parents’ welfare checks. This is NOT sustainable by any stretch of the imagination, except that taxpayers are doing the ‘sustaining’ of the village. 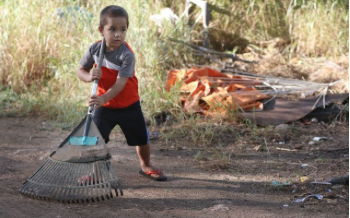 Tragically, instead of encouraging these people get the help they need to start better lives in 2017, Andria Tupola told Hawaii News Now last night that she wants the state to hold off enforcement (i.e. clearing the ‘village’) because she actually believes that homelessness is a “sustainable lifestyle” worth preserving. And Tupola wants the state to leave the “village” in place while a nonprofit purchases land for the “villagers” to move to — permanently!!

As Hawaii News Now reported last night, RINO Andria Tupola is even helping the self-appointed “mayor” of the huge homeless village (Ms. Twinkle Borge) to start the nonprofit to acquire a parcel of land for the permanent homeless village. 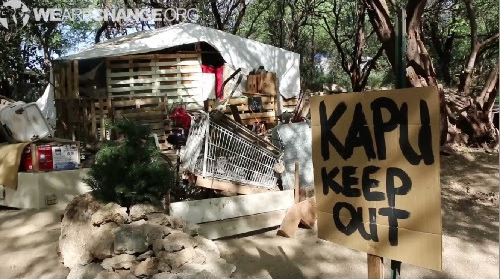 Yes, THIS ‘sustainable lifestyle’ is what “Republican” Tupola wants to make permanent . . . just like Democrats are doing. But this is neither sustainable, nor is it a lifestyle. Auwe!!

What the hell has happened to our Republican Party? Have we completely given up on fixing Hawaii?? Does our platform now support joining hands with Democrats to create permanent homeless villages and now considering these ‘safe zones’ as ‘sustainable living’? If so, then we have definitely gone through the looking glass where the road to hell is paved with misguided intentions. 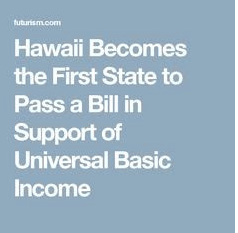 In keeping with Tupola’s progressive outlook, HIRA reluctantly reported last week that she recently joined Democrats by voting in favor of the first step towards starting a new welfare program called Universal Basic Income (UBI). Liberals around the world are VERY excited about the legislation supported by “Republican” Andria Tupola. The program requires the State of Hawaii to cut a regular welfare check to every single Hawaii resident forever. This is pure socialism. Where does she think the money for this $10 billion per year program comes from?!? 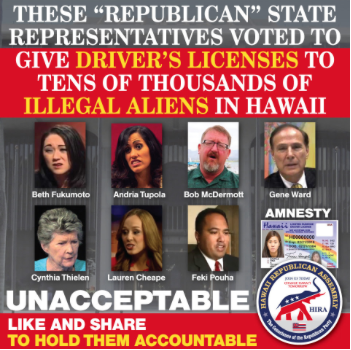 As party leader, Tupola even made sure that each of her four GOP colleagues voted unanimously for the new welfare program along with a unanimous vote of the Democrats. As HIRA reported, she also voted with Democrats to give tens of thousands of illegal aliens in Hawaii driver’s licenses so they can compete for jobs with legal Hawai’i residents. Yes, for all practical purposes, Amnesty Andria is a socialist who apparently learned too much from socialist Hugo Chavez while she was on her mission in Venezuela.

With a record like Tupola’s — and while our party sits silently on the sidelines — some people actually can’t figure out why Hawaii Republicans have a hard time impressing voters. Auwe!!

Stay tuned for HIRA’s upcoming story with a powerful and disturbing connection between Hillary Clinton, Bernie Sanders and Andria Tupola as well as the latest crazy happenings at the RINO-hijacked Hawaii GOP. It’s insane! 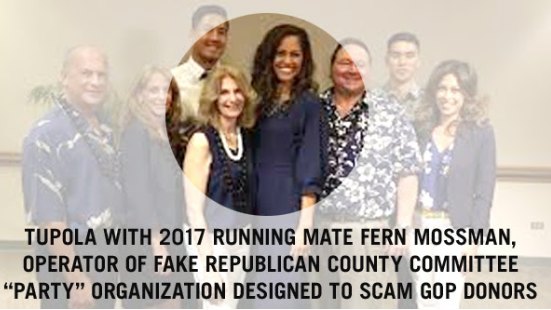 [FYI:
the REAL Honolulu County GOP website which is part of the Hawaii GOP can be found here: www.OahuGOP.com]

Here’s the registration of the fake GOP “party” and officers with State Campaign Spending Commission:
https://csc.hawaii.gov/NCFSPublic/ORG_Report.php?OR_ID=20691

Most of all, beware of Tupola’s associates’ active fundraising page for the fake Honolulu Republican “party” organization:
https://nonprofits.raisethemoney.com/republican-party-of-honolulu-county-cc

Daniel Greenfield: Did Obama Spy on Americans to Protect Islamists?