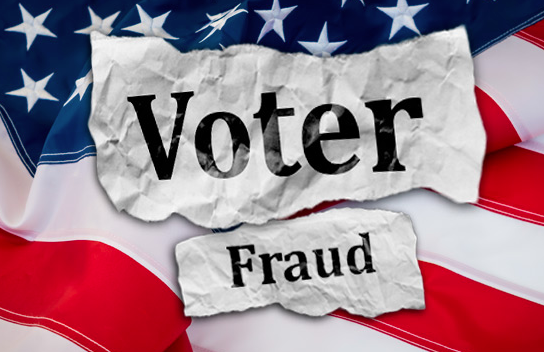 It isn’t difficult to understand why Democrats fight voter fraud…

One man’s mother, who was in a “memory care” ward of a nursing home and deemed too incapacitated to vote, somehow still managed to have a ballot cast in her name in Florida.

A man in New York said he got voter ID cards sent to his home for family members who moved away decades ago and now vote elsewhere. He said it would have been easy to go vote in New York in place of those people.

A Texas election judge said that when he asked one voter to show his ID, the man whipped out his green card, signaling he was a legal immigrant but not a citizen and shouldn’t have been voting at all.

For a problem that critics say doesn’t exist, Americans seem to have a lot of stories of voter fraud or the potential for it. They are sharing those stories with President Trump’s voter integrity commission as it wades into one of the administration’s thorniest fights.

The stories are buried in the thousands of public comments being collected by the Presidential Advisory Commission on Election Integrity, which holds its second meeting Tuesday in New Hampshire.

The reports are unverified, but some of those writing offer detailed histories of their brushes with fraud.

Chris Moore wrote of his mother, Maxine E. Moore, who at age 96 was in the “memory care” unit of an assisted living facility in Broward County, Florida. She suffered from dementia so serious that she “did not know what day it was let alone what was going on in the world.”

Although election officials determined her not competent to vote, she was still registered as a Democrat and ballots were cast in her name in the March primary and the general election.

“The specific reports of alien registration and voting show that the current system is broken. The system must be improved, and it’s easy to do it,” said J. Christian Adams, president of the Public Interest Legal Foundation and one of the members of the voter commission.

Mr. Adams‘ organization released a report Monday finding hundreds of noncitizens registered to vote in 11 counties in New Jersey. Some 10 percent of those ended up casting ballots, the study found.

In some cases, the immigrants told election officials that they weren’t citizens but were kept on the rolls and were even allowed to vote, the study says.

That tracks with one of the other reports filed in the public comments with the voter commission. Mark Annotti, a deportation officer at U.S. Immigration and Customs Enforcement, said he has encountered thousands of immigrants during his service in Boston and Florida and regularly asks them whom they voted for in the latest election.

“When pressed to explain further, many simply stated that they were provided a ballot, made their selections on the entire ballot and returned the completed ballot,” he said.

The anecdotes run counter to prevailing wisdom among many academics and voting rights advocates that voter fraud doesn’t happen or is too infrequent to deserve study. Those advocates say a bigger issue is voter suppression.

Indeed, 2016 Democratic presidential nominee Hillary Clinton in her new book reportedly blames part of her election loss on voter ID laws that she said prevented her supporters from turning out at the polls.

Mr. Trump, meanwhile, has posited — without firm proof — that some 3 million fraudulent votes were cast for Mrs. Clinton, giving her the popular vote majority.

The president’s strident postelection comments rile commission opponents, as does the presence of panel Vice Chairman Kris Kobach, the Kansas secretary of state who has become a leading public face for the commission.

“Our election process must be secure, fair and transparent, yet Trump and Kobach are using their sham commission to spread the lie of rampant fraud as a Trojan Horse for voter suppression. We won’t let them get away with it,” said Dale Ho, director of the voting rights project at the American Civil Liberties Union.

A half-dozen legal challenges have been filed against the commission, which already has had to apologize for not being more transparent in its obligations under open-records laws.

Democrats have vowed to use the legislative process to try to derail the commission. Last month, Senate Minority Leader Charles E. Schumer of New York compared the commission to the white supremacists who marched in Charlottesville, Virginia, and said he would try to eliminate the panel as part of a must-pass bill.

That leaves the panel free to operate, for now, collecting stories and studies of voter fraud.