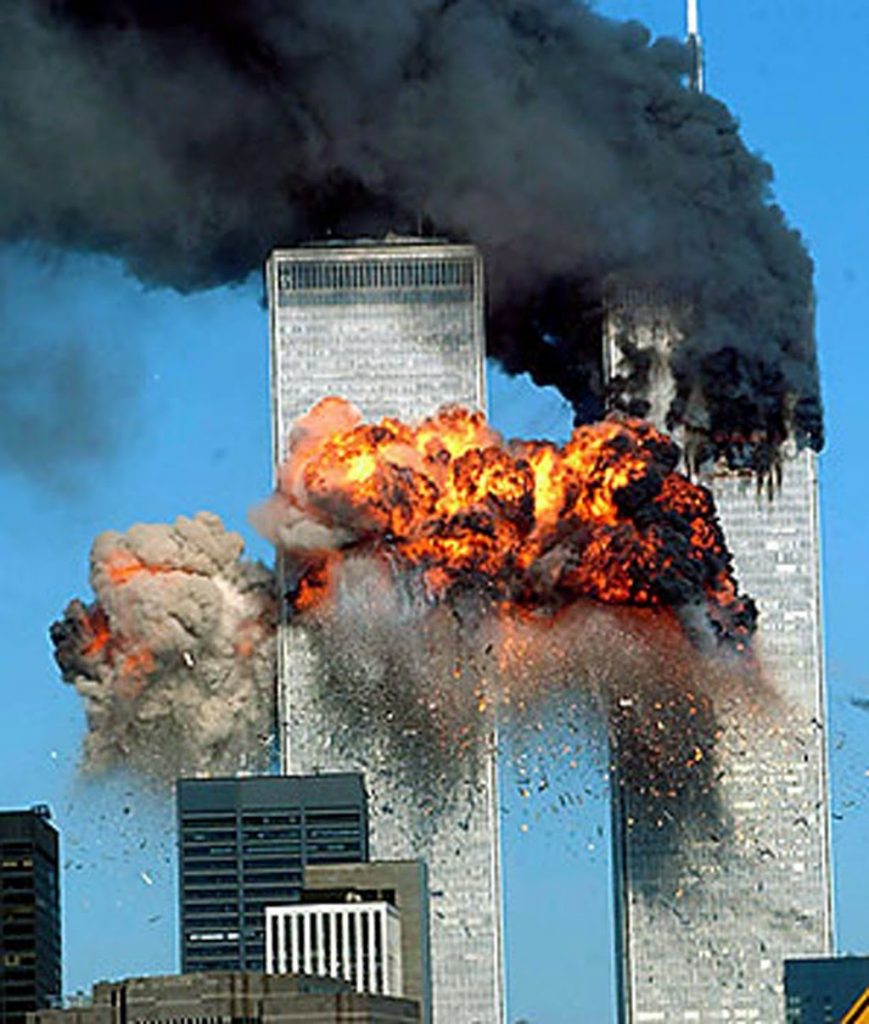 Bikers for Trump (Boots on the Ground) and Bikers for America Pennsylvania chapters have attempted to obtain a legal permit for a commemorative 9/11 rally in the small town New Castle, Pennsylvania. A peaceful rally to honor the victims of the greatest act of terrorism on American soil is scheduled for Saturday, September 9 on local courthouse grounds. The unconstitutional government scrutiny imposed on patriotic and conservative groups, emboldened by the Federal government during the Obama years, continues at the local level.

Event organizers began the arduous process of seeking local government approval in early July. The mayor’s office was dismissive of the request and was not helpful in finding alternate locations, or even providing group organizers with an official permit application.

Organizers were repeatedly met with roadblocks for weeks on end, including unconstitutional demands from the mayor’s office for event speakers and full transcripts. According to event planners, the mayor “illegally, and against established city procedures, sought information about the content of rally speeches so that he could make personally held political decisions as to whether he would allow the rally in his city. The mayor lastly said that he “strongly suggest[s that] your organization bypass our city because we cannot guarantee your safety,” which is a clear indication that the mayor intended to allow criminals to attack the rally should it occur, and would not allow police to respond.” “I will not approve any other activity that would interfere with these events or create an unsafe environment within our city,” Mayor Mastrangelo said. “I strongly suggest your organization bypass our city because we cannot guarantee your safety.” (LINK: Mayor) Perhaps he needs to meet some of our patriot bikers.

Originally, the Bikers were partnered with the national group, Act For America, who was planning on hosting 67 rallies nationwide on 9/9 proclaiming “America First!” But that group has canceled their scheduled rallies due to repeated Antifa threats of violence. Act For America is denounced as an “extremist group” according to the SPLC, which makes no distinction between the KKK and Oath Keepers (LINK). The media would prefer to stir up dissent and use fear to keep emotions at a heightened level. A greater list of leftist groups who wish to bully citizens from exercising their constitutional rights can be found as signors of a letter intended to intimidate the mayor, which apparently worked. This letter can be read in entirety here: (LINK: PDF letter sent to Mayor denouncing rally)

However, the Pennsylvania patriotic bikers were not that easily deterred. They decided to move forward with the event, in spite of government obstruction and obscure outside threat, under the banner of the two Bikers groups. Their mission is simple: Honor and Remember.

As of late August, Lawrence County Commissioners still do not have an official policy for seeking and obtaining permits (LINK article), which leaves room for government abuse and inequitable treatment. It was only when City and County stonewalling was pointed out as unconstitutional did Commissioner Steve Craig refer the group to Police Chief Salem, who was more helpful in granting the request. Chief Salem even made sure the permit made its way to the Mayor’s desk, who finally approved it on August 30th.

To my biker friends, trucker friends, patriot friends and all Americans, I encourage you to support and attend this rally. In the immortal words of the brave Americans on United Flight 93, “Let’s Roll!”

Zachary Garwood will open the rally with the singing of the National Anthem. Special guest speaker Bobby Lawrence, Republican candidate for U.S. Senate will be on hand to discuss the America First Initiative, President Trump’s immigration policies, national security and effective vetting of immigrants in order to prevent future losses of life due to terrorism. Lance Baird, former Navy Intel Specialist in Afghanistan, will also be on hand to talk about veterans issues in the wake of fighting terrorism. Alan Lee will provide entertainment and wrap things up with a special thanks to all those in attendance.

This press release is copyright © 2017 Northwest Florida bikers for Trump (boots on the ground) Inc. Non-profit organization. Reproduction is authorized only in its entirety.

Daniel Greenfield: All Statues Must Go