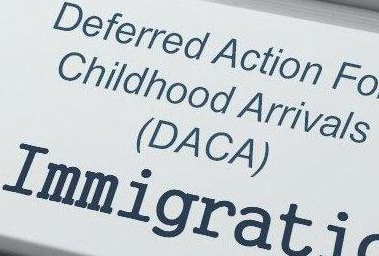 With the stroke of his pen President Obama signed an executive order in June of 2012 creating the Deferred Action for Childhood Arrival (DACA).  DACA allows illegal immigrants who came to the United States as minors to receive a renewable two year period of deferred action from deportation and are eligible to obtain work permits.  To qualify these persons must have entered the United States prior to their sixteenth birthday and before June 2007.  They must be currently in school, a high school graduate, or be honorably discharged from the military.  They cannot have any felony convictions or significant misdemeanors or be a threat to national security.  DACA does not give them a path to citizenship.  If President Obama had worked with Congress on real immigration reform instead of going it alone DACA might have been a part of such legislation.

Now President Trump faces the challenge of rescinding Obama’s illegal executive order.  This could be his opportunity to get Congress to finally address the issue of illegal immigration.  Perhaps he could allow DACA to stand for a limited period of time with a time certain end date while insisting Congress work together and craft a bill they can pass and he can sign into law.  He could use this as leverage to get funding for the wall.

Americans would be much more open to immigration reform and address the issue of the illegal immigrants already here if they saw a real effort to end illegal immigration. We have already seen a significant decrease in those coming into the country illegally since President Trump was sworn into office.

Perhaps something similar to DACA can be included as it seems a reasonable policy for the children who as minors were brought to the United States and grew up here.  They are not the criminals, their parents or the people who brought them here committed the crime of illegal entry into the country.  As for those who came here legally and overstayed their visas or who came here illegally in the first place the law should be made clear as to how we should deal with them. And the law should be enforced.

First and foremost, anyone here illegally who has been convicted of a crime should be deported immediately.  Perhaps those who have lived here for many years, who have not committed a felony, voted illegally, nor received public assistance could be given work permits and allowed to remain in the United States. They would have to leave for two weeks every year or be deported if they remain unemployed for over sixty days, the same as others who come here on a guest worker visa.  They should NEVER have a path to citizenship nor be permitted to vote.  This is their punishment for coming here illegally.  If they desire a path to citizenship they must return to their home country and go through the proper channels for legal immigration.

Despite his portrayal by the main stream media as arrogant and crude we have witnessed the compassion of President Trump.  The entire country saw this in the past week as he visited the victims of Hurricane Harvey in Texas and Louisiana.  The media found it hard to criticize his response to this devastating tragedy as he took control and set the tone for the rescue, recovery and relief efforts.  We saw the stark contrast of people coming together as Americans and helping each other without concern for race or politics while the media continues to espouse their agenda of divisiveness to an ever decreasing audience.

Hopefully President Trump can build on the good will of the past week to encourage Congress to do their job and pass real immigration reform.  Republicans have the opportunity to show they are the party that stands up for the rights of all people as they address the issue of immigration with compassion while adhering to the rule of law.