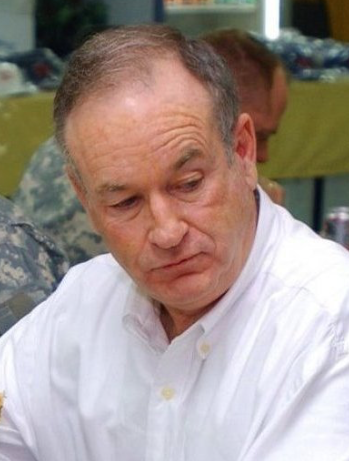 We should all be very, very skeptical of the attacks being launched at FOX News via claims of sexual impropriety. Imagine a world without FOX News, with all of us having to go back to the days when our only news outlets were leftist.  FOX consistently has our backs, so we should definitely have theirs.  Too many leech-types are coming out of the woodwork trying to get an additional 15 minutes of fame (and money) by taking advantage of FOX’s current vulnerability.  We at PolitiChicks personally know a few of these people and we can say with certainty that they are far from being “victims”. If necessary, we will go public with what we know if it helps FOX.

Former Fox News host and bestselling author Bill O’Reilly told Newsmax TV on Wednesday he admires the way Fox host Sean Hannity took on attacks from Media Matters and the two have worked together to fight back.

O’Reilly told Newsmax’s John Bachman he made a mistake in April when he opted not to take on left-wing groups he said were behind attacks claiming he sexually harassed a former Fox employee.

“I decided to try to ride this thing out because it was so crazy, so preposterous,” O’Reilly said. “I made a mistake because right after I left Fox News, the same crew – Media Matters, Color of Change, Bonnet Group, all of these very well organized far-left groups – attacked Hannity.”

Hannity chose a different tack, taking to the airwaves to deny the allegations against him, saying the accuser has a history of attacking both him and anyone else he agrees with.

Organized groups were trying to boycott Hannity’s sponsors, just as they did O’Reilly’s, he noted. “I said, ‘You know what, Hannity is smarter than I am. . . . I should have done that.”

Ever since, the two have combined forces “to expose this massive con that is trying to shut down freedom of speech, trying to quiet voices like mine and like Sean’s,” O’Reilly added.

The two Fox anchors had long been reported to be bitter rivals, but O’Reilly said such reports were “overblown.”

“It was all anonymous garbage that came out,” he said. “All shows are competitive; they go for the same guests.”

His attackers, on the other hand, “are a dangerous, dishonest crew, and everybody should know it,” O’Reilly said.

Sharyl Attkisson: Obama Spied on Trump, "As He Apparently Did To Me"

Haley Wants to End Obama's Iran Deal; WHY Is Tillerson Trying To Save It?