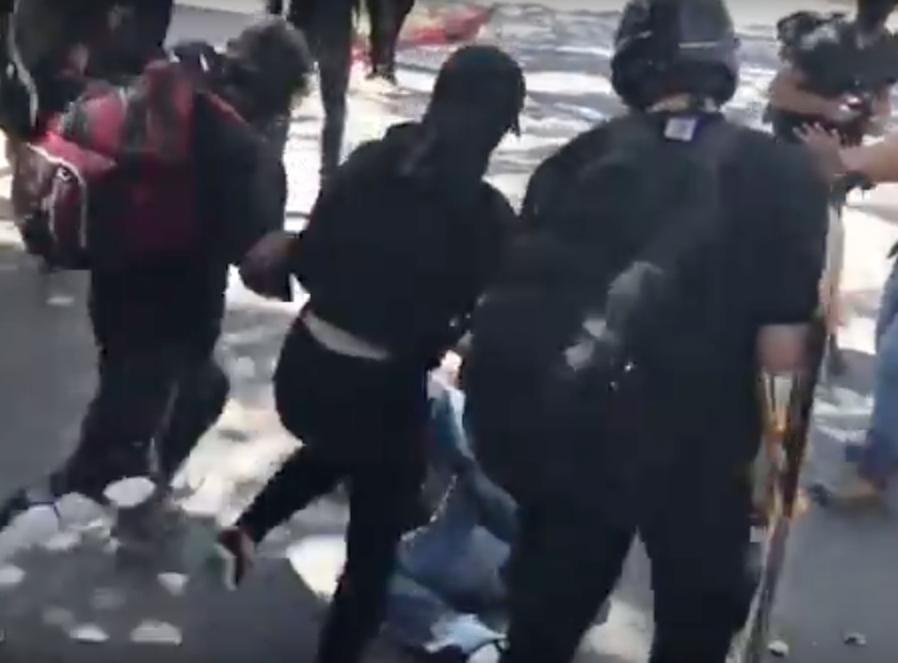 Like many of us, common Americans, I too have been watching the rising violence of ever more ubiquitous protests with a mixture of disgust and trepidation. We on the right side of the political spectrum tend to impute the blame to the eight years of Obama’s administration’s perpetuating a narrative of division and racial inequality. Those on the left side of the isle are doing the same, imputing it to President Trump and his supporters. The truth is on neither side.

Violence is not a recent phenomenon and must be viewed in the context of history, if not ancient history, at least that of the late 19th and entire 20th century, the most violent century ever. Violence is based on a means-to-end philosophy and is thus almost always intended means to a pre-conceived goal. Unfortunately, those who perpetrate it are rarely aware of either.

As Carl Von Clausewitz, famous Prussian general and military theorist, said: War (violence) is “the continuation of politics by other means.” Pursuant to his definition, when political discourse fails, either war or violence ensues.

Engels stated that violence was necessary “to accelerate economic development.” Mao Tse-tung surpassed this statement with his own version: “Power grows out of the barrel of a gun.” Mao simply meant that the gun is the best means to achieving political power – and, for sure, he practiced what he preached. Marx, however, provided us with more insight into the modern phenomenon of violence than any other thinker when he said that any revolution must be only temporary, “followed by the dictate of the proletariat.” It was Marx who stated that violence defines the end, which is the imposition of the dictate – or, perhaps, we might say: of a political will in general.

For those of you who are now glancing at what is happening in Europe swamped by the Muslim horde, the violence there is not dissimilar to violence here. It is tolerated with more complacency, however, because of the so-called Coudenhove-Kalgeri plan for “Pan-European” integration. This 1922 plan is supposed to be good for the small nations of Europe because it is supposed to provide them with the opportunity to integrate, in order to become more powerful; and because its purported end is to avoid violence (war), thus forming a post-World War II substitute for the pre-World War I balance of powers.

What is not obvious is that violence is not the end but always the means, as is the plan itself. Resulting globalization is thus seen as the only option to avoid violence or war, and it is touted as the end – while it is the means, which substitutes violence. The ultimate goal is the total destruction of the individual and its subjugation to the State, the only God in this post-national atheistic society.

We cannot avoid violence. Violence has always been with us and is a part of our human condition. One may even say that it is psychologically healthy. After all, it was the great nihilist Sartre, who said (I paraphrase): “Through violence, through his mad fury, man is re-creating himself.” I am sorry to say a man of such psychological insight did so much damage to the European psyche. His Existentialism coupled with Marxism had completely confused even the smartest of intellectual elite.

Sartre famously wrote that “To shoot down a European is to kill two birds with one stone… there remain a dead man and a free man.” How come no one has paused over this statement and pondered its meaning?

Violence has been transformed into a vehicle of liberation. To achieve the ultimate freedom, one human being must kill. Whether you kill yourself or another, or kill yourself in the process of killing another, does not matter. Note that this globalist-cum-socialist philosophy also coincides with Islamic theocracy, which likewise (and to the same extent) propagates death and diversity (“We will make your women bear our children!” as the “refugees” in Germany and elsewhere keep threatening the locals).

Modern violence starts with Marx’s transformation of Hegel’s Thought into Action: one must not think, one must act. Action speak louder than words. Kill the cops to liberate us! Kill whoever disagrees with me because my violence is the means to my political ends, which stand above the value of any individual human being; and if you cannot kill them because they are dead, kill what they represent: topple and maim their images, their statutes! Violence defends politics, thus the notion of “self-defense” – be it against a police officer or a misguided neo-Nazi – is born.

Meanwhile a word of reason or wisdom, a silent pause providing for reflection on both sides, would be a million times more effective solution. But this solution would go against the basic percept of the dictate of the proletariat: a society based on the power of the mass cannot recognize an individual’s right to self-determination, because god knows what would happen to the crowd if one adverse, self-thinking individual stood up and said “no” or “how about…?”

Therefore, there is ultimately no difference between Antifa, ISIS, and the New Left (communists) because they all use violence to subjugate the individual – thought, mind, body and soul – to the mass. Never mind that the dictate of the proletariat becomes the dictate of the state and a tyrant like Maduro or Kim Jong Un takes over. That is the ultimate goal, but the mesmerized mass will never see it coming.

Just Like Her Emails, Hillary's 1-Star Reviews "Disappear" on Amazon