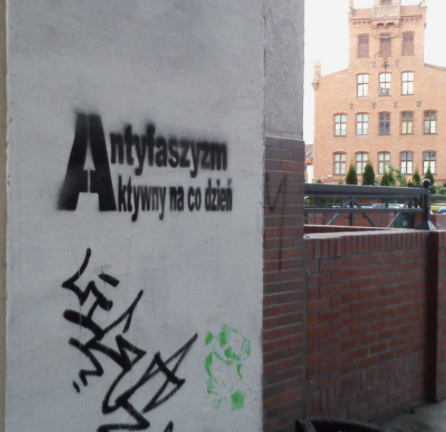 Fascists and all their lowly comrades, marching under the flag of anti-fascists, abhor this country and everything for which it stands and every free concept on which it was founded.

Mainstream media, Hollywood, and all local outlets, replay leftwing lunacy on a continuous loop. Attacks on America, President Trump, white people, Christians, and all those believing in the American spirit, consist of talking points and outlandish lies. Their classic drumbeat is that any disagreement with leftist, Marxist tenets is hate speech.

President Trump is the interminable obsession of the corrupt, mainstream media. The Associated Press, and New York Times lead the print media with anti-Trump propaganda in nearly every article and Op-Ed. From there it’s picked up by outlets around the globe and repeated as truth. It’s abundantly clear that practically all the MSM are out to destroy Donald Trump and his presidency. Talking head derangement has reached the point where one must question their sanity when engaged in unmistakable delusion.

From where do all these leftist groups come?

Most owe their existence to the continuous hatching of parasitic larvae formulated in government education and academic laboratories. Over ninety percent of college and university instructors and administrators are liberal and devote extraordinary resources toward indoctrinating young people into their leftist orthodoxy. From these corrupt, bureaucratic beginnings, modern Marxists are born.

Others are leftovers from the corrupt and racist presidency of Marxist Barack Obama. They are of the same community organizing, socialist ilk, and hold the identical racist and vitriolic, views about and against America’s founders.

What unites all leftists is the shocking, surprise victory of Donald Trump over Bill Clinton’s wife in the presidential election. President Trump is doing what he promised; eliminating Obama’s so-called legacy items of presidential orders and decrees. The entire left and much of the Republican Party establishment congregated into a “Hate Trump” coalition. They fear the worst from Donald Trump; that he will do exactly what he promised.

Successfully creating upheaval requires creating wedge issues, crises, and most of all, divisions between races, classes, genders, religions, and anything they can rub together to create friction. None of these abrasive policies can co-exist with personal and economic freedom; therefore, they attack both.

All leftwing groups are collections of vultures and parasites of every species united to destroy our free-market, capitalistic system, and the liberty that defines America. Redistribution of income and wealth are hallmarks of socialism and all other authoritarian governments.

Despite the tragic and deadly results from any leftwing government, the laser focus of all leftist lunacy we see today is primarily to enact a Marxist, Communist government in America. Every phrase, talking point, slogan, and action we hear in the restless streets, read on signs, or watch on television, are duplications of the Maoists, and Communists as they endeavored to crush reigning governments around the globe.

The lawless marauders in America’s streets are strikingly reminiscent of Europe’s Nazi Brownshirts or Storm Troopers, and the Communist useful idiots of Stalin. They operated by overwhelming meetings and brutally attacking any gatherings of opposition political groups; public, or private.

Multiple cries for diversity, and fairness is left-wing speak for “division.” Success for them means isolating, and marginalizing their foes. These villainous techniques, most recently taught by Saul Alinsky and Barack Obama, were hand-me-downs from generation to generation by the vilest of men.

Liberal-progressives’ control public education, the media, Hollywood, and academia, thus they hold sway over nearly everything that influences young people and much of the public. Additionally, deep-state bureaucrat extremists control much of government and public institutions.

Moronic ‘Speech Nazis’ attack anyone voicing unapproved words or ideas. Incredibly, using ‘inappropriate’ pronouns is hate speech, as is noting or noticing differences between the sexes. Inconceivably, a person’s gender, is no longer important in showers, locker rooms, and restrooms; even for schoolchildren. Educators tell children to accept this outrage, and they label adults as bigots for standing against this abomination of decency.

Progressives squeal like wounded animals when they perceive racism everywhere in their long, torturous trek of turning over all of life’s little rocks. They also know when they scream loudly enough; Americans will not exercise their rights as freely if they fear reprisals from tyrannical groups or the media. Equally, it allows them to set what they perceive as a narrative of moral superiority and gain some position of control and advantage.

It’s time Americans drew an unmistakable defensive line. A line that defines decency, defends constitutional liberties, and protects our culture and religion. Moreover, it must promote American exceptionalism, and outline a vibrant path forward for liberty in this great Republic.

This line must clearly define the terms of America’s path to victory; this far and no further!

The Eyes of Texas