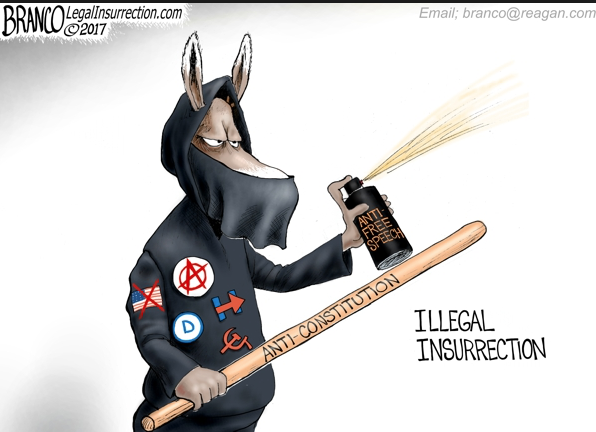 President Trump, perhaps more than any President in history, has the ability to ignite debate almost instantaneously. Given that MSM has devoted itself to institutionalized opposition of the President, it doesn’t take much for him to ruffle their feathers. Their reactions to his tweets are highly predictable. If Trump said all Americans should wear blue tomorrow, the MSM and an assortment of self-righteous social justice warriors would quickly cry foul and passionately plead for everyone to wear red. They would raise it to such a level that anyone not wearing red would be in fear of their lives for wearing blue. Lost in all the discussion and condemnation of anything Trump says would be the fact that wearing blue or red is totally irrelevant and hardly qualifies as a relevant or serious issue.

I don’t accept everything Trump says as being correct. I realize he is a fallible human being capable of making mistakes and I scrutinize his intent and motivations just like any leader. Sometimes Trump says things that I wouldn’t say (even if I think he’s right) and other times I think he would be better served if he used more tact and discretion in his comments and/or simply said things to appease misguided outrage directed towards him. I often worry that he will say something on Twitter so over the top that it will lead to riots or say something so outlandish that I won’t be able to support him either vocally or mentally. At the same time, I don’t think he is senile. He simply speaks his mind and often his comments cause people to react like fools.

If I were President Trump, I probably wouldn’t have made mention of NFL players kneeling during the National Anthem. The player who started it, Colin Kaepernick, has remained unsigned by any NFL team. His little stunt undoubtedly cost him his career and millions of dollars. I fully support free speech. As long as you don’t express yourself in a manner that could result in harm to others, have at it. However, be prepared for the consequences. Kaepernick isn’t the best quarterback, but all things being equal, there are worse players that do have contracts. He had a right to express himself but people also have a right not to hire him. Kneeling during the National Anthem is a supreme act of disrespect at worst or a supreme act of stupidity at best.

When I think of the best of America and what constitutes a supreme act of patriotism and honor, I think of the iconic image of six U.S. Marines raising the American Flag on a hill during the Battle of Iwo Jima. Those men surely appreciated the value of freedom and the sacrifices needed to preserve our way of life. Several of those men later died in the battle, but their lasting legacy is their respect for the Flag. They were all about standing in victory not kneeling in supplication. Many brave men and women have died protecting what our Flag represents. They would rather have died on their feet than live on their knees.

In terms of a symbolic act, what does kneeling imply? To me, the only honorable reason to kneel, as an expression of one’s beliefs, is kneeling to God. I have no problem kneeling in prayer to my God whether in private or in public. At one time, this country valued the acknowledgement of God. Kneeling represents humility and the acknowledgment of God’s sovereignty. It represents worship and love for our Creator. God has been very good to this country. People like to forget that.

Many people in this country, especially younger generations, are utterly clueless as to the blessings that go along with American citizenship. Many of the freedoms we take for granted constitute acts that would get you killed in other countries. Imagine if North Korea had its own version of Saturday Night Live. If they made fun of Kim Jung Un I can assure you the entire cast and everyone associated with the production would permanently disappear in short order. I’m also not aware of mass segments of the American population being rounded up for extermination or being subjected to other atrocities such as torture and mass rape. Humans are imperfect and injustice will always exist. In contrast to much of the world, the injustices one might experience as an American pale in comparison to how you would be treated in another country.

I think it’s a bit excessive (to put it mildly) to behave as though the United States disgusts you so much that you deem its Flag and Anthem unworthy of respect. If Kaepernick lived in Iran and performed some sort of bold act in opposition to injustice, I’d call him a hero. Since the United States is a free country, Kaepernick had a virtually infinite number of ways to express his displeasure with the current state of affairs and not be offensive at all. He could have made up some sort of benign symbol or carried a sign expressing his views. I would have respected that. Instead, he chose, by his actions, to essentially say ‘I reject the United States…it is too unjust to love.’ Fine. Go live elsewhere and see how equally everyone is treated in other nations.

Donald Trump is not Ronald Reagan. He isn’t an eloquent speaker. However, Trump faces far more opposition than Reagan ever did. It took Trump to expose the complacency into which I and millions of other Americans had developed. In the grand scheme of things, could it be that both Democrats and Republicans serve the exact same interests and that the distinction between the two parties was more in appearance than in fact? MSM and those aligned with leftist ideology believe they are entitled to free reign. Before Trump, no one was challenging what they were telling us to think. Certainly not the Republicans. If one has the capacity to think objectively and scrutinize past behavior, it was and still is ludicrous to think that Hillary Clinton in any way was/is motivated by altruistic ideals.

Donald Trump has never made any claim that he is an angel, but he is genuine. Unlike the Clintons, Trump became wealthy by being a good businessman, not by selling political favors. Given the non-stop criticism and hatred directed towards Trump and his family I have to believe he is President because he truly loves this country. If I were a billionaire there is no way I’d subject myself to the things Trump deals with every day. Trump is a patriot but he isn’t a man who leads by the strength of his virtue. He does however drive the narrative and forces this country to deal with the things that so divides it. He forces us to confront our differences in public.

The MSM of course sides with Kaepernick. They portray him as a brave man who had the courage to make a strong statement about racial inequality and as a martyr for not having a job in the NFL. To them, kneeling during the national anthem demonstrates you care about inequality. Why? Because Colin Kaepernick said so? What if Kaepernick had decided to protest racial inequality by refusing to stop at red lights. Would that make anyone who stopped for a red light a racist? When exactly did kneeling become an act of defiance (regardless of it is before or during the National Anthem)?

Do not confuse the person occupying the Office of President with what the American Flag represents. There are far better ways to protest a politician that don’t involve disgraceful behavior. In the end, the NFL has proven themselves to be a bunch of weak-minded fools. Suddenly kneeling has become acceptable behavior. Just who are the kneeling to? Who are they subjecting their will to? It certainly isn’t God, Country, or the President? Could it be that they are the first to finally give in and kneel at the alter of leftist ideology? How many more will follow? How many will give in to the false and malevolent ‘god’ that is called socialism and kneel in supplication to its absolutely false ‘gospel.’

Say what you will about Trump, but he will never kneel at that particular altar.

Mysterious Metal Monoliths Appearing All Over NYC, But WHY?